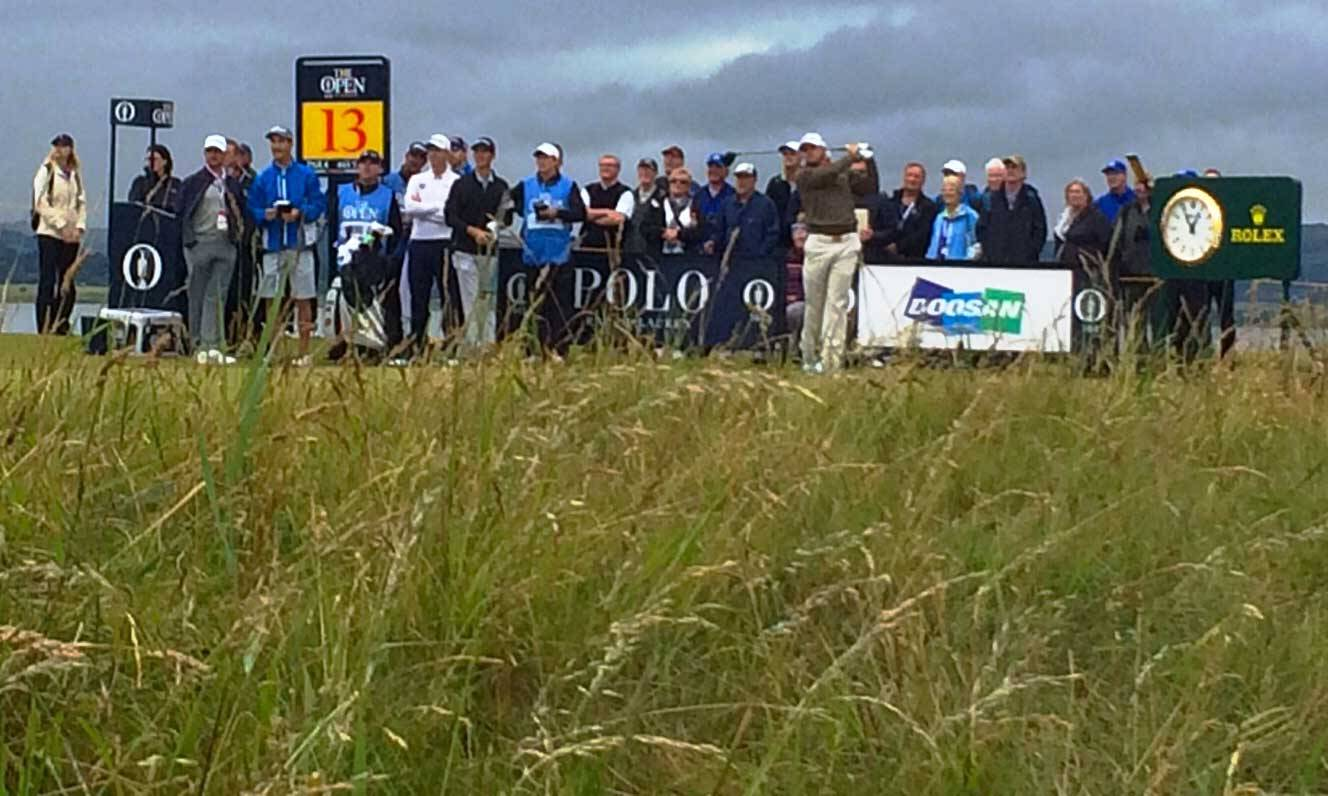 BATON ROUGE – Just two weeks after earning his spot in the field at the Final Open Qualifier at Royal Cinque Ports on June 30, LSU senior All-American Ben Taylor will make his major championship debut on Thursday when he tees off in the first round of The 144th Open Championship returning to The Royal & Ancient Golf Club of St. Andrews this week.

Taylor is paired with USA’s Tom Gillis and Australia’s Brett Rumford in each of the first two rounds at this year’s British Open as they will tee off at 9:51 a.m. CT on Thursday and 4:50 a.m. CT on Friday.

Taylor, who hails from Leatherhead, Surrey, England, tees off in a major championship for the first time in his golf career as he will be competing as an amateur at The Old Course at St. Andrews. He will soon embark on a professional career, but not before playing to earn his spot on Great Britain & Ireland’s team for the 2015 Walker Cup at Royal Lytham & St. Annes Golf Club in Lancashire, England, in September.

The LSU senior could take a big step forward to solidifying his Walker Cup spot with his performance at The 144th Open Championship as he is one of nine amateurs in a field of 156 players teeing off at St. Andrews over the next two days. The field will be cut to the Top 70 players and ties after 36 holes are played at The Old Course.

Taylor, who ended his senior season at LSU by leading the Tigers to the national championship with a perfect 3-0 record in match play at the NCAA Division I Men’s Golf Championships, will be the first LSU Tiger to tee it up at The Open Championship in six years since David Toms last appeared in the event at The Ailsa Course at Turnberry in the summer of 2009.

Taylor was one of three players in the field to fire 36-hole scores of 5-under par 139 to grab the three available spots into this year’s British Open field at the Final Open Qualifier held just two weeks ago at Royal Cinque Ports Golf Club in Deal, Kent, England. He tied Alister Balcombe and Gary Boyd for the top spot as each finished three shots clear of fourth place and safely in the qualifying places.

He has enjoyed an outstanding summer playing the amateur circuit in the United Kingdom that also includes a run to the Round of 32 of match play at The 120th Amateur Championship at Carnoustie Golf Links in Angus, Scotland. He tied for seventh place among a field of 288 players in stroke play qualifying with a score of 3-under par 139.

After following his appearance at the British Amateur by advancing to the final qualifying tournament for The Open Championship with a tie for fifth place in his Open Regional Qualifying event at Hankley Common Golf Club on June 22, he claimed yet another top-10 finish with seventh place at the Brabazon Trophy that ended on June 27 at Notts Hollinwell Golf Club in Nottinghamshire, England.

Taylor’s form with the Tigers during the 2015 spring season and now on the amateur circuit in the United Kingdom this summer has him well under consideration for a spot on Great Britain & Ireland’s team for the 2015 Walker Cup as they will battle the United States for the trophy at Royal Lytham & St. Annes Golf Club from Sept. 12-13. Dating back to its inception in 1922, the Walker Cup is one of the leading amateur events in golf as it is contested every two years between the top amateur golfers from the United States and Great Britain & Ireland in a Ryder Cup-style format.