Simmons in Hollywood for Athlete of the Year Event 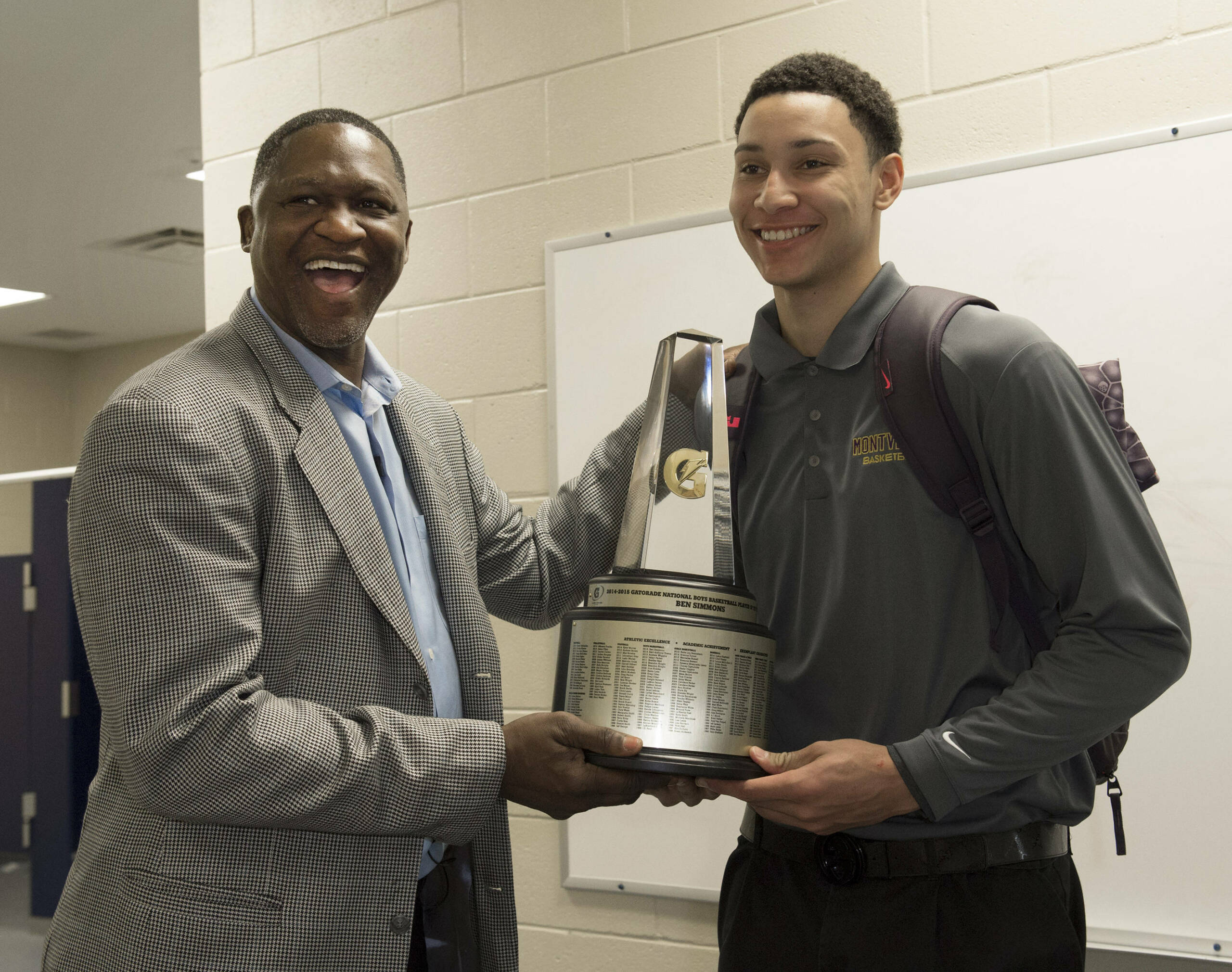 BATON ROUGE – LSU freshman Ben Simmons, who won the National Boys High School Basketball Player of the Year title earlier in the year, is in Hollywood Tuesday night for the 13th annual Gatorade High School Athlete of the Year ceremony.

Former Georgia and NBA star Dominque Wilkins came to Simmons’ school, Montverde Academy in Florida following the basketball season, to present the award to Simmons at a school assembly.

The winners will be named at a dinner emceed by ESPN’s Hannah Storm Tuesday in Hollywood. Awards will be presented by the Houston Texans’ JJ Watt, Karl-Anthony Towns of the Minnesota Timberwolves (2014 High School Athlete of the Year and Boys Basketball Player of the Year) and former U.S. women’s national team star Julie Foudy.

There are 12 nominees, six male, six female. In addition to athletic performance, Players of the Year must excel in the classroom and demonstrate strong character. Winners are selected by a panel of nationwide sportswriters and commentators.

In 2014-15 Simmons, who will be part of LSU’s exhibition trip in August to his home country of Australia, led Montverde to a 31-1 record and a third consecutive national championship at the Dick’s Sporting Goods National High School Tournament. He averaged 28.5 points and 11.8 rebounds while shooting 71.1 percent from inside the arc, also adding 4.0 assists per game. He was ranked the No. 1 recruit of the Class of 2015 by ESPN, Rivals and 247Sports.

He won the 2015 Morgan Wootten (McDonald’s) National Boys Player of the Year, the Naismith Trophy Boys High School Player of the Year to go with this national play award. He was a McDonald’s All-American game selection and was invited to the 2015 Jordan Brand Classic game.

On his high school community service resume’ he volunteered on behalf of Basketball Buddies, a literacy-outreach program and has been a life skill and study skills guest speaker and mentor in his native Australia.