Randolph to Represent USA in Pan Am Games 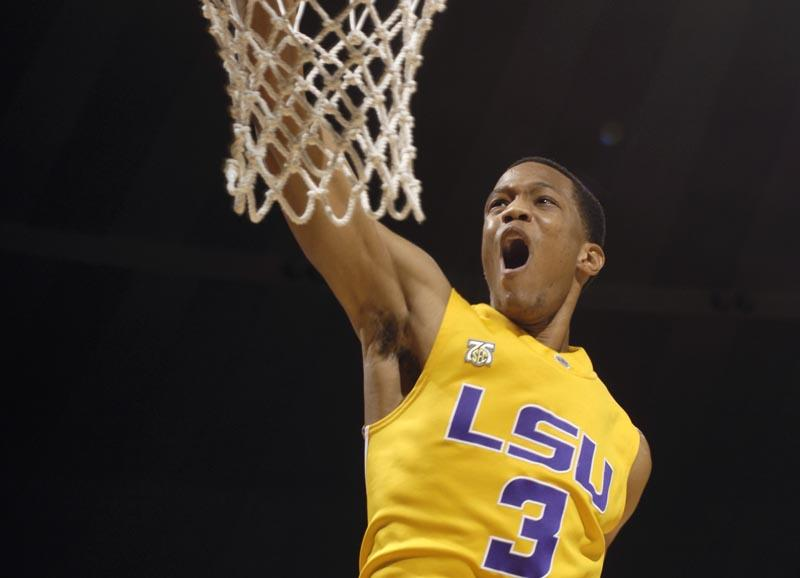 The USA squad will represent the country at the 2015 Pan-American Games presently underway in Toronto, Canada. The men’s basketball competition begins July 21.

The 12 USA players range in age from 20 to 35 years old and include one player who played in the NBA in 2014-15, four who played professionally overseas and seven current collegians.

The U.S. team is scheduled to train July 13-16 in Chicago, Illinois, at the Chicago Bulls practice facility.

Randolph presently plays for the Lokomotiv team in Russia and he helped lead the team in Eurocup Group N to a perfect 6-0 record. He was drafted by the Warriors in the first round as the 14th pick of the 2008 NBA draft after his freshman season at LSU.

In all, he played six years in the NBA through 2014, playing in 252 games and averaging 7.1 points and 4.3 rebounds for the Warriors, Nuggets, Timberwolves and Knicks.

In his one season at LSU in 2007-08, he averaged 15.6 points, 8.5 rebounds, 1.2 assists, 1.1 steals and 2.3 blocks per game. He was the only LSU player to start all 31 games that season under head coaches John Brady and Butch Pierre and ranked third in the Southeastern Conference in rebounding and blocked shots, 12th in scoring and had nine double-doubles. He elected to enter the NBA draft at the end of his freshman year and was the final “lottery” pick in the first round.

In his one year at LSU, he was named a Freshman All-America by Collegehoops.net and on the SEC All-Freshman team. He also was an honorable mention selection on the overall SEC team and a second team member of the NABC All-District team.

Randolph was born in Worzbach, Germany to military parents. He would attend school in Pasadena, California and Little Rock, Arkansas before attending Woodrow Wilson High School in Dallas prior to attending LSU.

The U.S. men have been placed into Group A and will play all three of its preliminary round games at 8 p.m. CDT, including Venezuela on July 21, Puerto Rico on July 22 and Brazil on July 23. Competing in Group B will be Argentina, Canada, Dominican Republic and Mexico.

The top two teams from each preliminary-round group will advance to the medal-round semifinals on July 24, while the third and fourth-placed teams will play for fifth-eighth places. The semifinal winners will compete for the gold medal on July 25, and the semifinal losers will play for bronze.

The Pan American Games are a multi-sport event featuring teams from North, South and Central American and the Caribbean, which are organized by the Pan American Sports Organization (PASO) and played every four years in the year preceding the Olympics.

In men’s basketball, the Americans have compiled an 87-15 record and captured eight gold medals, three silver medals and two bronze medals. In 2011, the USA team, comprised of players and coaches from the NBA Development League, fought to a well-earned 94-92 bronze medal victory over the Dominican Republic in Guadalajara, Mexico.

Many of the Pan-Am games will be televised by the ESPN family of networks, including the WatchESPN app.