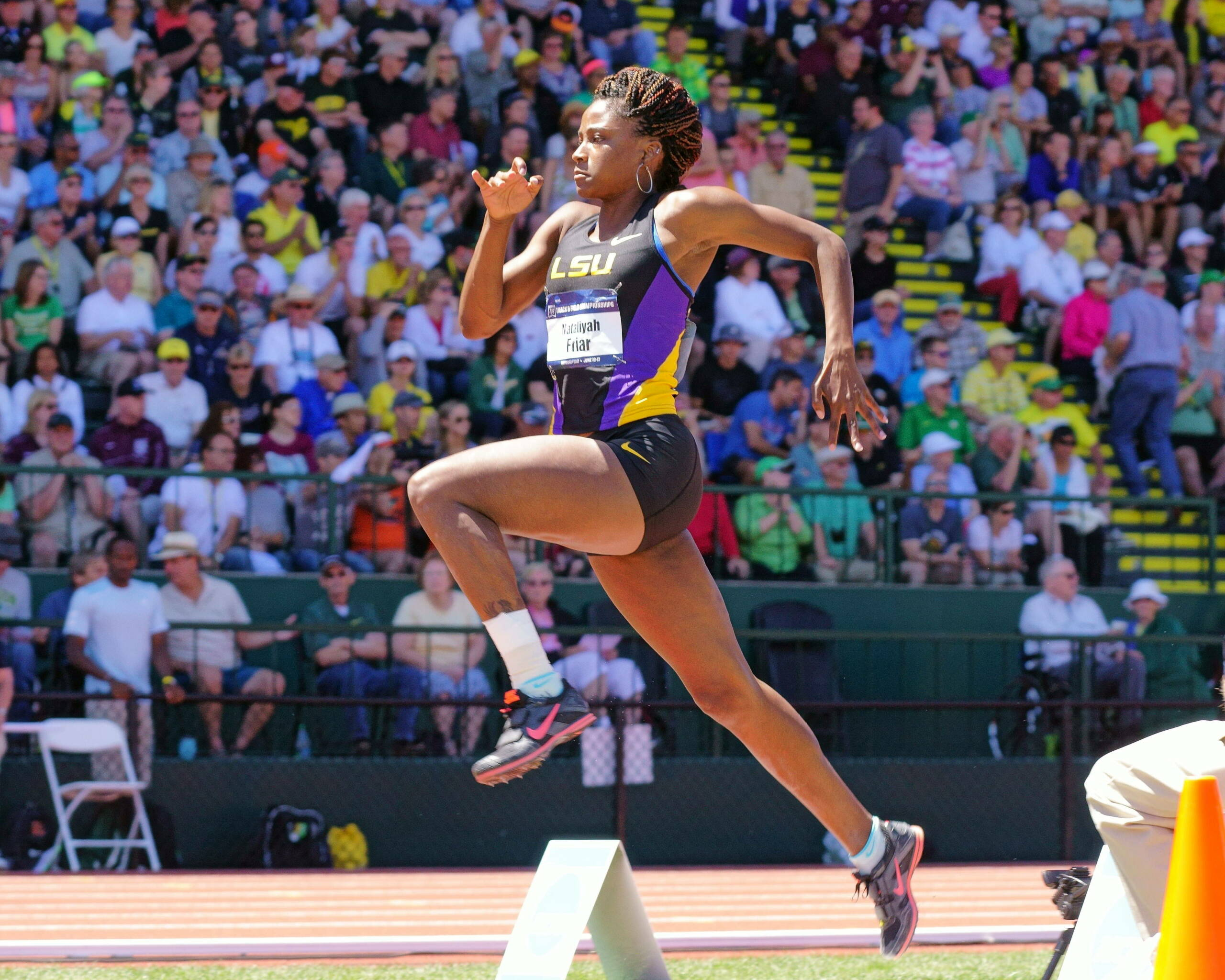 GWANGJU, South Korea – After qualifying with a mark of 20 feet, 7 inches on her third and final attempt of the preliminary round, Lady Tiger All-American Nataliyah Friar hit the board on her first jump in the women’s long jump final and soared to a personal best of 21-0 ¾ to claim fifth place in Thursday’s event at the World University Games.

Jumping into a slight headwind of -0.5 meters per second, Friar landed 21-0 ¾ to move up three spots into fifth place after stepping onto the runway for her fourth-round jump in eighth place overall.

That’s where the two-time Lady Tiger All-American would remain in a competitive final as Russia’s Iuliia Pidluzhnaia was crowned the World University Games champion with a winning leap of 22-3 ½ in the third round. Friar also followed Poland’s silver medalist Anna Jagaciak-Michalska (21-6 ¾), Australia’s bronze medalist Naa Adjeley Anang (21-6) and Cypress’ Nektaria Panayi (21-4 ¾) in the event.

Friar continued her impressive sophomore season as a Lady Tiger in which she earned All-American honors in both the long jump and triple jump for the first time in her career. She finished up the indoor season as the NCAA Indoor Bronze Medalist in the long jump before placing sixth nationally in the triple jump at the NCAA Division I Outdoor Track & Field Championships to cap her collegiate season.

Her personal-best mark of 21-0 ¾ on Thursday afternoon actually eclipsed her previous lifetime best of 21-0 she set on her sixth and final jump at the NCAA Indoor Championships to win the NCAA bronze medal.

Friar’s performance in Thursday’s final at the World University Games also cracked LSU’s all-time Top 10 list in the women’s long jump as she became the No. 10-ranked long jumper outdoors in school history with a PR of 21-0 ¾. She has also jumped a wind-aided personal best of 21-10 ¾ (+2.5) during her sophomore season when she scored the SEC Outdoor silver medal in an All-SEC performance back on May 15.

Friar’s job is not done for her country at the World University Games as she is also a member of Team USA’s 4×100-meter relay pool and could line up in Saturday’s competition in either the preliminary rounds at 7 p.m. local time at the Gwangju Universiade Main Stadium or in the final on Sunday at 6:40 p.m. local time. Those times are 5 a.m. CT and 4:40 a.m. CT, respectively.