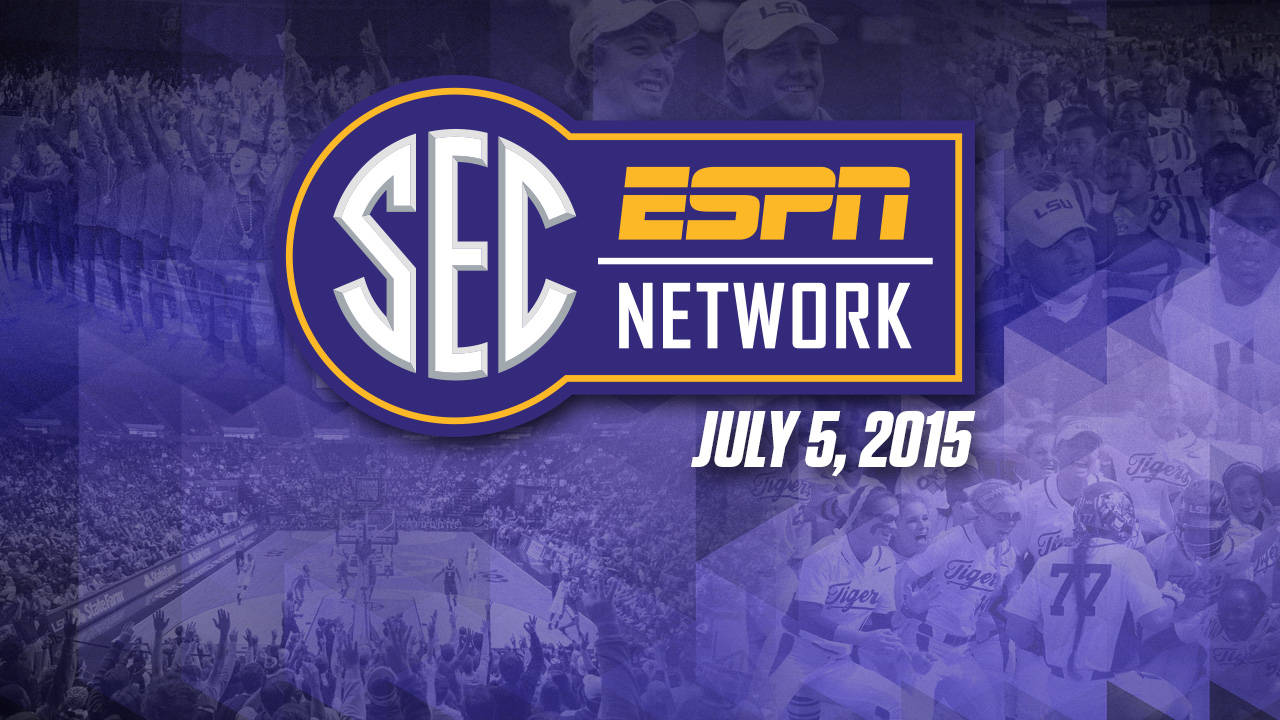 LSU has selected 13 events in eight different sports from the archives to relive with fans on the national television network for 24 consecutive hours. (Note: takeover schedules were created from available television inventory available to ESPN and the SEC Network. NCAA Championships were not available for re-air.)

The SEC Network Takeover is a two-week programming initiative dedicated to airing programming selected by Southeastern Conference schools. All 14 schools are crafting their own 24-hour schedule which may include classic games, films, ESPN original contest and some school-produced content.

The oldest event on the schedule dates back to Dec. 21, 2002, when the LSU men’s basketball team was able to defeat the No. 1-ranked Arizona Wildcats, 66-65, at the Pete Maravich Assembly Center. Dick Vitale was on the call in a game shown nationally on ESPN2. Basketball will also be featured in another recent classic under present Head Coach Johnny Jones when the Tigers were able to defeat No. 11 Kentucky, 87-82, on a night when sleet and freezing rain practically made travel to the game impossible. Play-by-Play announcer Brad Nessler renamed the “Deaf Dome” the “Ice Dome” for that one night.

Football has three slots in the lineup with two games in Baton Rouge at Tiger Stadium and a replay of an SEC Championship game. At 1 a.m., fans can watch the September 2007 win over No. 9 Virginia Tech and at 8 a.m. see another win over another No. 9-ranked team, this time Florida. The final football game will open the night session on Sunday at LSU meets No. 12 Georgia in the 2011 SEC Championship game at the Georgia Dome in Atlanta.

LSU Baseball will be shown twice surrounding that LSU-Georgia football game with LSU meeting Florida at 3:30 p.m. in the championship game of the 2014 SEC Tournament from Hoover, Ala., and then one of the more dramatic games from this past season when LSU met No. 2 Texas A&M in the first game of a series at Alex Box Stadium in April. That game will conclude the takeover beginning at 8:30 p.m.

The 24-hours of LSU coverage begin at 11 p.m. Saturday, July 4, when the LSU gymnastics team meets Florida before over 12,000 at the Maravich Center in a battle of top 3 teams. At 3:30 a.m. it will be LSU volleyball’s dramatic win on the road at Texas A&M from this past November.

The LSU softball program will also showcase a game from this past season when they were able to go to Gainesville and knock off No. 1 Florida in one of the wildest contests of the season. This game will be broadcast beginning at 12:30 p.m. on Sunday.

About The SEC Network