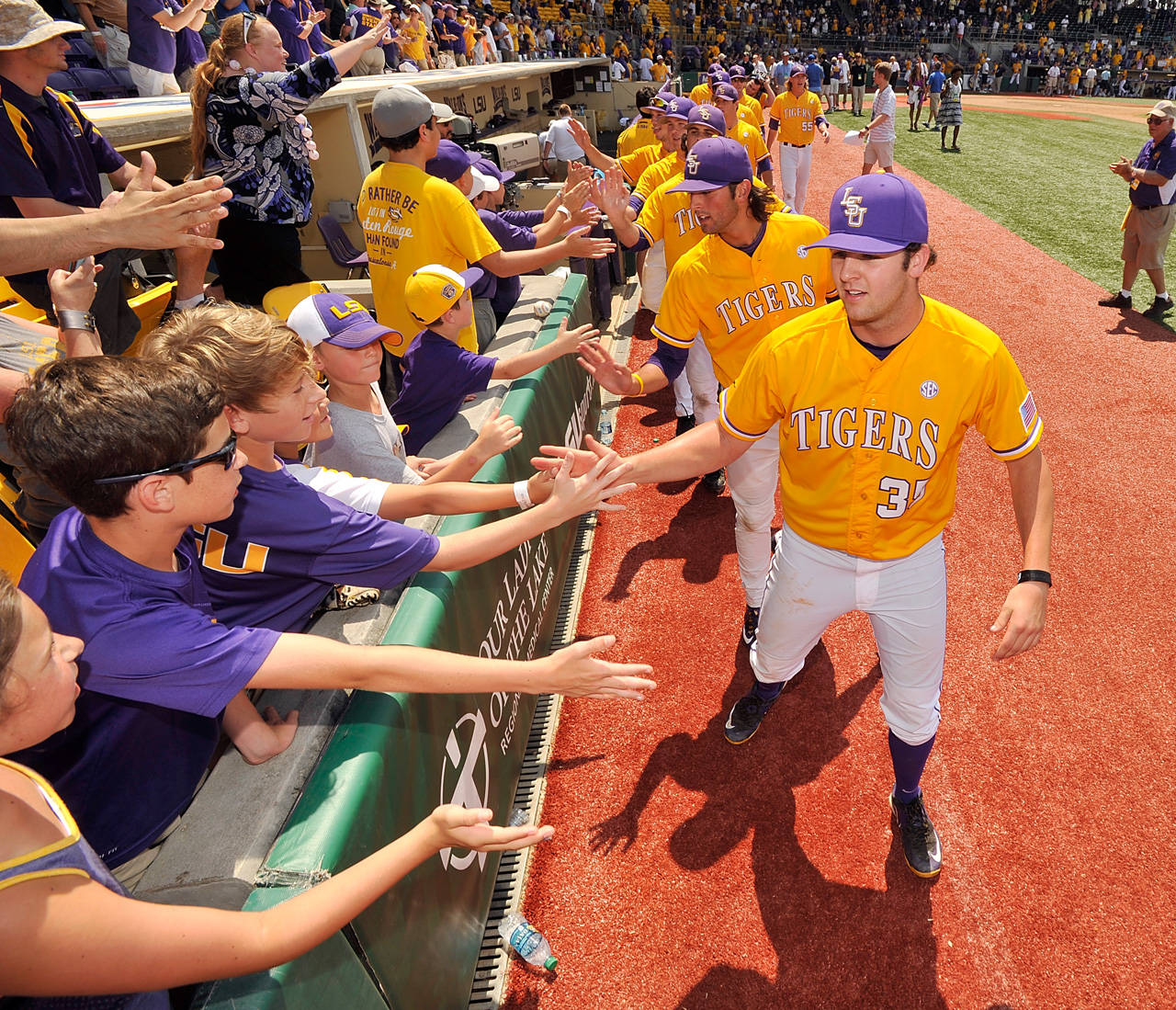 Poche’ (8-1) had a career-best eight strikeouts and finished off the Tigers’ three-game sweep of the four-team, double-elimination regional at Alex Box Stadium, Skip Bertman Field that included several rain delays and schedule adjustments.

At 1:09 a.m. Sunday, tournament Most Outstanding Player, Lange, polished off a similar six-hit complete-game shutout of UNCW by the same score (2-0) to put the Tigers in today’s championship game.

Following a two-out double in the top of the ninth by UNCW’s Corey Dick, LSU’s Parker Bugg relieved Poche’ to get a strikeout of the potential game-tying run and earn his third save of the season.

LSU (51-10) will face Louisiana-Lafayette (42-21), which defeated Rice on Monday to win the Houston Regional, in a three-game NCAA Super Regional starting either Friday or Saturday at The Box.

Dates and game times will be announced late Monday or early Tuesday.

“First of all, I’d like to congratulate North Carolina Wilmington on a tremendous season,” said LSU coach Paul Mainieri. “They’ve got a classy group of kids and an outstanding coach in Mark (Scalf), and they have a good ball club. They were scary. They were a scary offensive lineup, and I think that just goes to show you just how great Lange was the other night and Jared was today. To shut that team down two games in a row between our pitching and our defense was really amazing to see.

“You know, we didn’t knock the cover off the ball these last two games, but one of the things we preach to our players all the time is that to the position players who are both the offensive and defensive players, that if you don’t have a great hitting day, you can still help your team win by making great plays on defense or drawing a clutch walk, stealing a base, whatever, and I think today was an example of that.

“I felt good,” Poche’ said. “About the fourth inning things kind of got out of whack. I got six balls in a row, and I’ve got to give a little bit of credit to (LSU catcher Kade) Scivicque. He kind of helped me out mechanically, and I was able to locate my fastball and curveball on both sides of the plate.

“I’d say I had good bite on my curveball, and I was able to locate it on both sides of the plate. I was able to get some swings and misses.”

The Tigers scored a pair of unearned runs in the bottom of the second inning off Seahawks starter Justin Crump (1-2). With two outs, Andrew Stevenson reached on a fielding error by Dick and advanced to second on a balk. Chris Chinea‘s double down the left field line scored Stevenson from second, and Chinea came home on a single by Jake Fraley.

Both LSU and UNCW left six on base, as the Tigers’ pitching held the Seahawks to 1-for-25 batting with runners on base in its past two games.

All times Central and subject to change