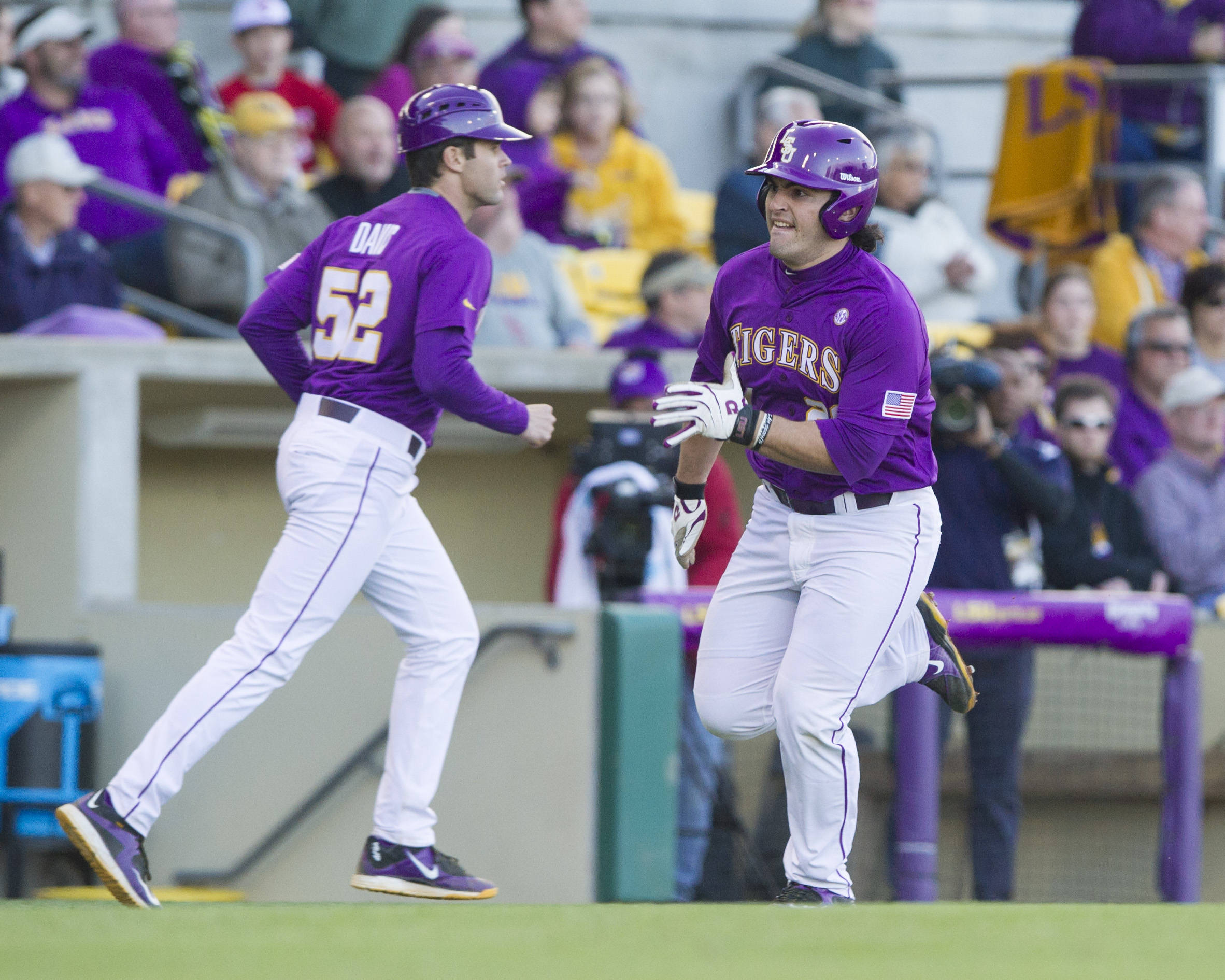 Fraley led off the game with his first triple of the day. Right fielder Mark Laird brought him home with a single up the middle to give LSU a 1-0 lead.

Princeton was unfazed by the quick start and took the lead in the top of the second inning. Princeton had the bases loaded after two walks and a fielding error by third baseman Danny Zardon. Princeton’s Chad Powers hit a two-out single to left field to give Princeton a 3-1 lead.

LSU got to starting pitcher Luke Strieber in the bottom of the second inning. Strieber issued three walks to load the bases. Fraley knocked a triple into right field to score all three runs. The left fielder made it home on an error by the shortstop and pushed the LSU lead to 5-2.

With his second triple of the game, Fraley became just the 13th LSU player in school history to have two triples in one game. Andrew Stevenson also did it this season against Boston College.

First baseman Chris Chinea hit a one-out double in the top of the third inning. Second baseman Conner Hale followed with a double himself to score Chinea and extend the lead to 6-2.

With runners on the corners in the bottom of the fifth inning, Stevenson hit his second single of the day to score Alex Bregman and give the Tigers a 7-2 lead.

Check back for a full recap after game two.