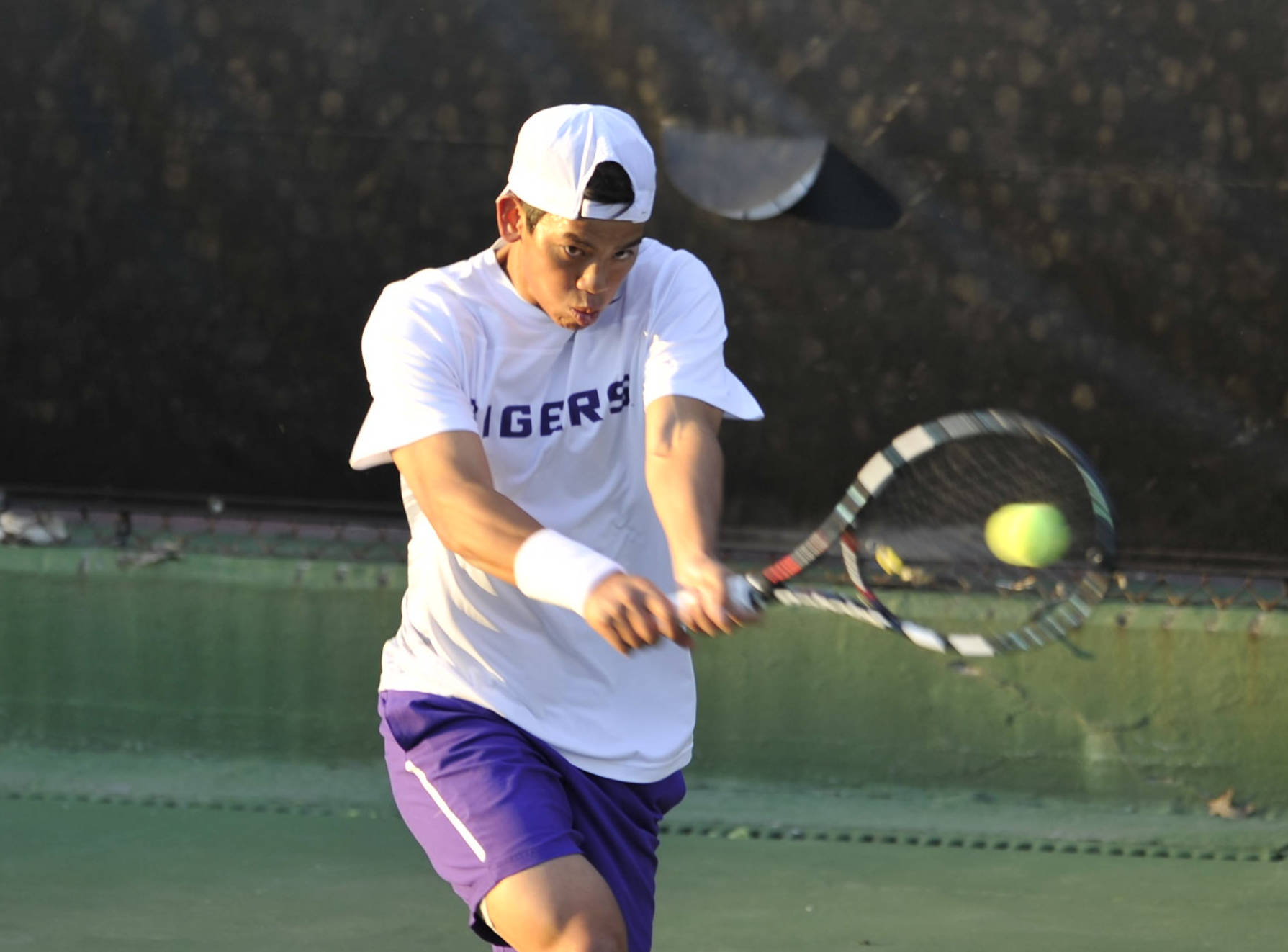 BATON ROUGE, La. – The No. 31 LSU men’s tennis team earned their sixth sweep of the season when they defeated No. 56 Tennessee by a score of 4-0 on Friday in Baton Rouge in the team’s opening Southeastern Conference match of the season.

“[Tennessee] does not lose a doubles point very often,” said head coach Jeff Brown. “We played very well on court two and three and we held our own at one. That was huge.”

LSU is undefeated this season when clinching the doubles point and tonight’s point is the team’s tenth of the season. In singles, junior Tam Trinh clinched the match for LSU with his 7-5, 6-2 win on court three.

“Whenever you clinch it gives you a lot of confidence down the road,” Trinh said. “The more your teammates can count on you and you can count on yourself and that will definitely help you in the long run.”

Junior Andrew Korinek notched his first dual victory of the season on court six. Korinek missed time early in the season with a hip injury before dropping two three-set matches in his first two matches back.

Coach Brown thinks he found a good position to ease Korinek back into action on court six.

“We threw him into the fire after the surgery,” Brown said. “His health continues to improve and as he gets stronger he can probably rise back up in the lineup. We found a good spot for this weekend where he can outdo his opponent on tennis level.”

Korinek said it felt good to get the win after previously playing through such tough matches.

“The last two matches I played have been pretty tough three setters,” Korinek said. “I was a little rusty with those two matches but they helped me get ready for conference play and I felt really good and comfortable out there and pretty sharp.”

With the victory, Brown recorded win number 278, which ties him with LSU legend Jerry Simmons for the all-time coaching wins mark. Brown played under Coach Simmons and served as his assistant coach for three seasons.

Brown credits his success to learning under Simmons and carrying the tradition he created with his teams.

“As a player and assistant for him, I know how much of his life Coach Simmons put into everything,” Brown said. “He lived and died by every victory and every loss. We tried to carry that over as best we could. That is a tough guy to duplicate but we just try to win as often as possible. I am thankful for all the former players that were part of it and to Coach Simmons for giving me the opportunity and we look to keep building on that number and everyone is part of it.”

Brown’s humble comments are consistent with his team’s perception of him. The record is not something that is discussed as the team prepares for their matches.

“Brown never talks about it. He is a really humble guy,” Korinek said. “He is a great coach with a lot of wisdom. He has played professionally and coached a number of teams. I think he is getting us into a great mindset to play the rest of the season.”

The Tigers will look for their eighth consecutive home victory and their tenth home win of the season on Sunday when Kentucky comes to Baton Rouge.

LSU is dominating at Dub Stadium, where they have been since their Jan. 31 match against Purdue.

“These guys have a really good feeling when they are playing here. Winning has a lot to do with that,” Brown said. “This is a team that I never have to pump up. There is a lot of energy out there. It has been nice knowing when it is time they are ready to go and defend their home court.”