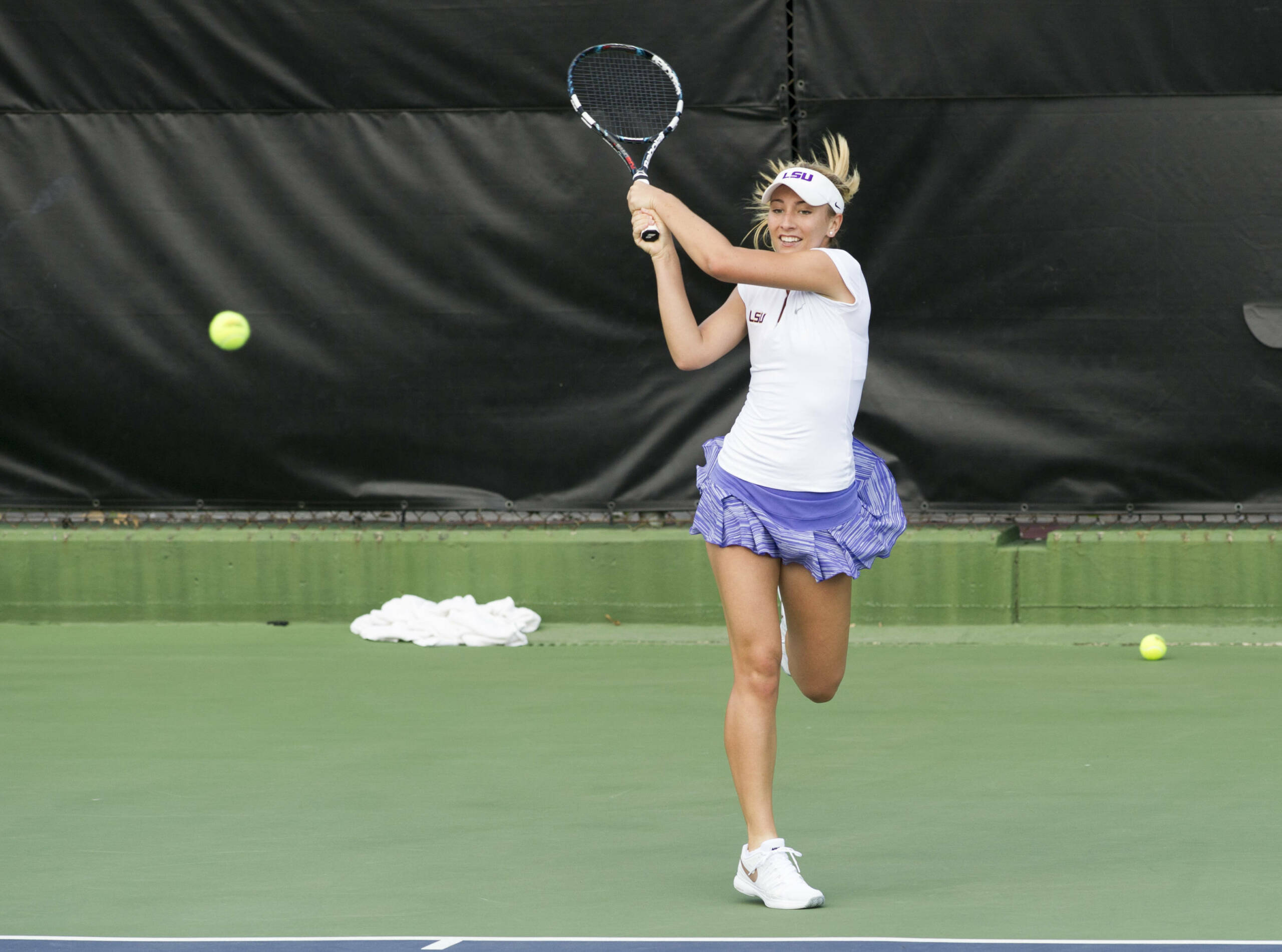 BATON ROUGE, La. — The No. 44 LSU women’s tennis team (8-3) begins its Southeastern Conference schedule Friday at 2 p.m. CT against No. 2 Georgia at the Dan Magill Complex.

“It’s going to be a tough test at Georgia,” head coach Julia Sell said. “This just begins a difficult conference slate. We are going to face five teams in the top-15 and the depth of the league is so great. We just have to go out there and improve off the things we worked on this week.”

The University of Georgia is 7-3 on the year and boasts five singles players ranked and three doubles teams in the top-60. The Bulldogs are 6-3 against ranked teams on the year, including an impressive 2-1 against teams ranked in the top-five.

The Lady Tigers are 8-3 year and have two players ranked in the latest ITA poll. LSU went 2-1 last week with wins over Tulane and UNO as well as a loss coming to Rice on Sunday.

No. 38 Joana Vale Costa is 5-3 on the year with all eight matches coming on court one. The sophomore is 7-3 in her last 10 matches.

No. 112 Skylar Kuykendall is off to an impressive 10-1 record. Kuykendall is on a seven-match winning streak and is a perfect 9-0 on courts two and three. The transfer, out of Memphis, teams up with Abby Owens for doubles. The duo is 4-3 on the year and 6-4 in their last 10 matches.

Junior Ella Taylor has been on courts four and five this season and is 9-2 on the year.

Taylor is a combined 9-1 on courts four and five this season.

Fans can access live results at georgiadogs.com. The match is expected to move indoors with temperatures only expected to reach 51 degrees.