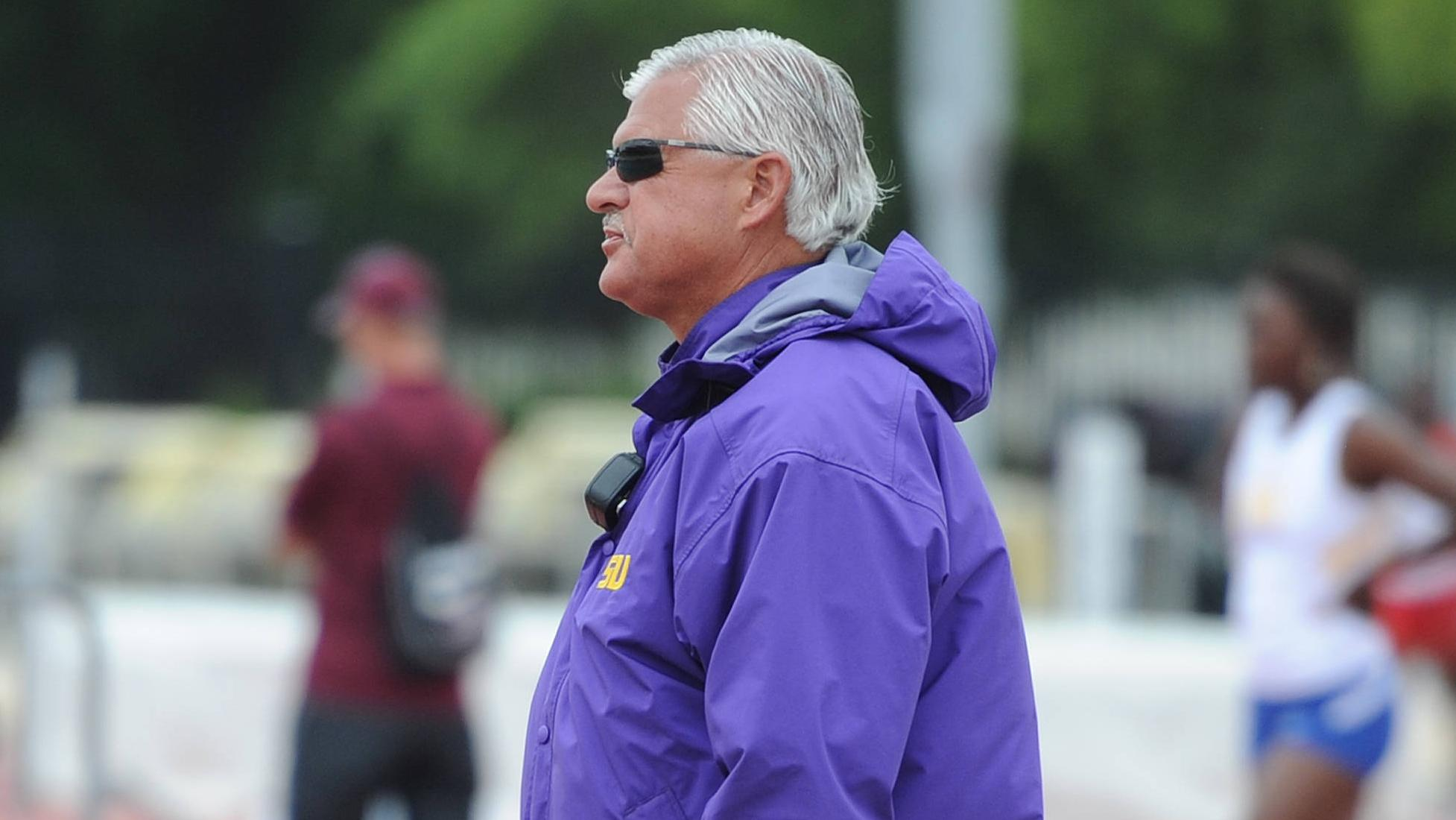 BATON ROUGE – After wrapping up their regular season by hosting the LSU Twilight meet last weekend, the Tigers and Lady Tigers are ready to kick off the indoor championship season with a return trip to Lexington, Kentucky, to compete at the 2015 SEC Indoor Track & Field Championships running Friday and Saturday at the Nutter Field House.

This marks the seventh time that the University of Kentucky will play host to the SEC Indoor Championships as the meet makes its return to Lexington for the first time since the 2012 season.

It will be a return trip for the LSU Track & Field teams to the Nutter Field House after competing at Kentucky’s Rod McCravy Memorial Track & Field Meet earlier this season. LSU’s last trip to Lexington on Jan. 23-24 saw the Tigers and Lady Tigers bring home one school record, three event wins, eight indoor personal bests and eight performances ranking among the NCAA’s Top 16 at the time.

They look to take their performance to another level at the SEC Indoor Championships this weekend as the action gets underway Friday at Noon CT with the first field event finals of the meet, followed by the very first preliminary races on the track at 3:20 p.m. Saturday’s action continues at 10:30 a.m. CT in the field events followed by the first finals on the track at 1 p.m.

The 2015 SEC Indoor Track & Field Championships will run through the men’s and women’s 4×400-meter relays with this year’s team champions being crowned on Saturday afternoon at approximately 5:20 p.m. CT.

Fans can watch the Tigers and Lady Tigers in action this weekend as the online SEC Network+ will broadcast live coverage of the championship on Friday from 2:50-8 p.m. CT and Saturday from 12:50-5:30 p.m. Coverage can be found online at http://ESPN3.com or by using the WatchESPN app available on all smartphones and tablets.

This year’s SEC Indoor Championships are also scheduled for a tape-delay broadcast on ESPNU as fans can also watch highlights from the meet on the evening of Monday, March 9, from 6:30-8 p.m. CT.

LSU’s teams are among 16 SEC teams ranked in the latest U.S. Track & Field and Cross Country Coaches Association Top 25 power rankings as the Tigers have cracked the Top 10 nationally at No. 6 on the men’s side and the Lady Tigers have checked in at No. 21 nationally on the women’s side in this week’s rankings that were released on Monday afternoon.

The Tigers are among five of the Top 10 and eight of the Top 25 teams in the country on the men’s side as they joins the likes of No. 1 Florida, No. 3 Arkansas, No. 4 Texas A&M, No. 7 Georgia, No. 11 Alabama, No. 13 Tennessee and No. 21 South Carolina at the SEC Indoor Championship this weekend. The women’s race will feature the Top 3 teams in the country for the 2015 indoor season as No. 1 Arkansas, No. 2 Georgia and No. 3 Florida headline a field that also includes No. 7 Texas A&M, No. 9 Kentucky, No. 18 Mississippi State and No. 20 Missouri along with the Lady Tigers.

The Arkansas men and Florida women have made the trip to Lexington, Kentucky, this weekend as the defending team champions at the SEC Indoor Track & Field Championships after the Razorbacks scored 121 points on the men’s side and the Gators totaled 102 points on the women’s side to take the team trophies home from the meet held at Texas A&M’s Gilliam Indoor Track Stadium a season ago.

LSU looks to improve its standing at the SEC Indoor Championships after the Lady Tigers scored 47 points for sixth place and the Tigers scored 26 points for 10th place in the final team races in College Station in 2014.

The Lady Tigers enter the weekend riding an impressive streak of 30-straight seasons in which they have captured at least one SEC Indoor event championship dating back to their debut appearance at the meet during the 1985 indoor season. Former Lady Tiger All-American Denise Hinton extended that streak to 29-straight seasons a year ago when she defended her SEC Indoor title in the women’s weight throw.

Among LSU’s title contenders this weekend is senior shot putter Tori Bliss, who will step into the same circle in which she uncorked a seasonal best, lifetime personal best and indoor school record of 57 feet, 4 ¾ inches in winning the event title at Kentucky’s Rod McCravy Memorial Track & Field Meet back on Jan. 24. That mark ranks No. 1 in the SEC and No. 2 in the NCAA rankings in 2015.

With the SEC awarding all-conference honors to the Top 3 finishers in each event this weekend, a host of Tigers and Lady Tigers will be eyeing SEC titles and All-SEC honors in two days at the Nutter Field House.

The 2013 SEC Indoor Champion in the men’s 200-meter dash during his sophomore season, senior Aaron Ernest will line up as the SEC’s No. 2-ranked performer in the event this season with his altitude-adjusted run of 20.73 seconds at the New Mexico Collegiate Classic earlier this month. Ernest also scored the SEC Indoor silver medal in the 200 meters at Kentucky’s Nutter Field House as a freshman in 2012.

Senior pole vaulter Andreas Duplantis getting a few jumps in ahead of his final #SEC Indoor Championships as a Tiger! pic.twitter.com/c3gE67FLNa

Because last season the NCAA abolished so-called “last chance” meets that were previously sanctioned to give athletes one final opportunity to qualify for the NCAA Indoor Championship, Sunday will be the final day a team can strengthen its squad by having its athletes achieve a qualifying performance for the national meet. Qualifiers will be announced Tuesday with the top 16 individuals and top 12 relays in each event that declare earning the right to compete at the 2015 NCAA Division I Indoor Track & Field Championships being held March 13-14 at the Randal Tyson Track Center in Fayetteville, Arkansas.