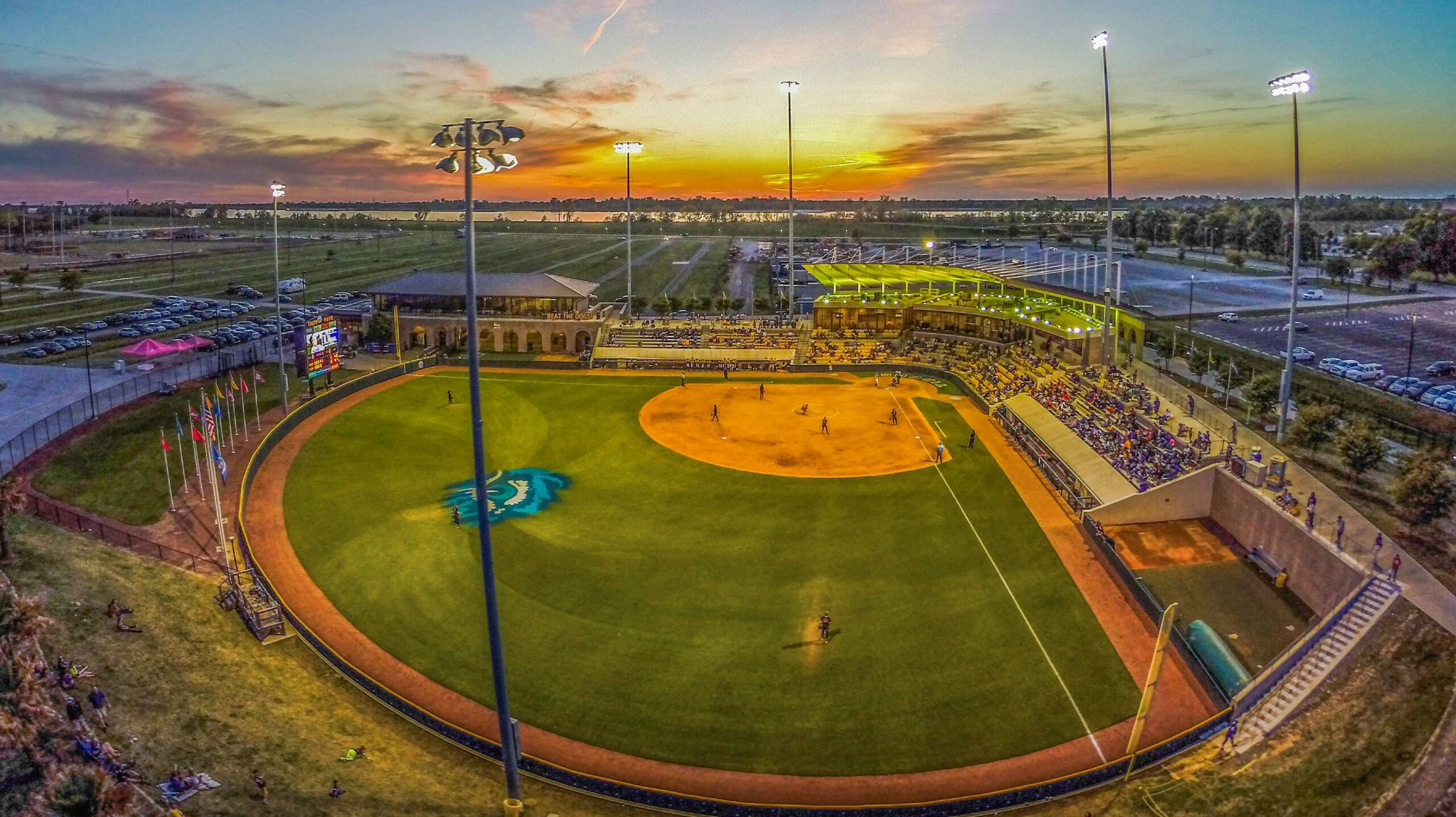 The three-day tournament will feature 12 games throughout the weekend, as the Tigers will play five beginning Friday at 5 p.m. with Stephen F. Austin before taking on Ball State right after. LSU returns to the diamond on Saturday with games against a 13-1 overall Florida Atlantic team and an 8-8 Northwestern State squad at the same times as Friday, while closing out the tournament with another game against Stephen F. Austin at 11:30 a.m. Saturday.

Links to live stats, along with the full tournament schedule and box scores can be found on the softball homepage at LSUsports.net, or at the tournament homepage.

Tickets for this weekend’s LSU games can be purchased online at LSUtix.net or at the Tiger Park ticket office on game day. Tickets start at just $5 for adults, $3 for youth and $2 for groups of 10 or more. All non-LSU games are free to the general public, with tickets purchased for LSU games good for all the games the team plays that specific day. Giveaway items for the weekend include the 2015 team schedule magnet, along with team posters and programs throughout the park.

After another spotless weekend out in Palm Springs last weekend, the Tigers rocketed up the polls backed by the best start in program history at 16-0, moving up to the seventh spot by both the NFCA and USA Softball. Although streaks like this aren’t rare for the program, with this being the 24th winning streak of double-digits, the Tigers are entering rarified air, creeping upon some of the longest overall winning streaks in team history, eight away from tying the all-time mark of 24 set in 2010.

However, although the team may be off to a hot start, head coach Beth Torina still feels the undefeated Tigers still have some of their best play ahead of them, nearly a third of the way into the 2015 campaign.

“I thought we played well and a little bit better, but I still think we have not seen our best game yet or hitting on all fronts just yet,” Torina said. “We slapped well in some games, hit for power in some games and pitched well in some games, but I still think we have an opportunity in front of us to put in all together at the same time in the same game. The good thing about the trip was that we won games using those same tools and showed we have some depth and different dimensions to our play.”

The Tigers have not been worse for the wear through the first 16 games of the season offensively, hitting .352 as a group which is currently fourth in the SEC, sitting third in hits and RBIs and fourth in total runs scored. LSU has scored double-digit runs three times, belted out 10 or more hits nine times and run-ruled six opponents.

Leading that charge offensively has come in the form of a few threats with different skill sets throughout the order in Bianka Bell, Bailey Landry and Sahvanna Jaquish.

Bell currently leads the Tigers with a .490 batting average, as 13 of her team-leading 24 hits have been for extra bases. The power-hitting shortstop is second in RBIs with 23 only to Jaquish, the reigning SEC Player of the Week who brought in 15 in six games last weekend to earn the honor, belting three home runs including a solo, three-run and grand slam in some at-bats last week. Landry, who is second on the team in hits with 22, is currently on an eight-game hitting streak to tie her career long, is second on the team in on-base percentage at .529.

Even then, it’s only half of what has made the Tigers so lethal, as the “Fantastic Four” as they have now been dubbed in pitchers Baylee Corbello, Carley Hoover, Kelsee Selman and Allie Walljasper have combined for a 1.03 earned run average and 109 strikeouts in 102.0 innings of work in the circle. That ERA is second to No. 1 Florida for the lowest in the conference, while also being second in fanned batters.

Walljasper leads the quartet with six wins, five complete-games, 0.59 ERA, 35.1 innings pitched, 35 strikeouts, three shutouts and three earned runs allowed. The only pitcher with a better opponent batting average is Selman at .158, who is also tied in shutouts with three, each coming in all of her games started. Corbello has shaved her ERA in half from last year, sitting at 4-0, while Hoover earned the win over Arizona last weekend and is the first player since Rachele Fico to have multiple saves in a single year with two already this season.

This weekend will again prove to be another stout test for the team in the final non-conference tournament weekend before SEC play begins in earnest with the Arkansas Razorbacks at home next week. Each team presents a different challenge for the Tigers, as all four will come to Baton Rouge trying to be the first to knock LSU from the ranks of the unbeatens, of which the Tigers are one of just a handful remaining in Division I.

“Honestly it’s not something we think a lot about, as we’re just trying to go out and play our best game against whoever shows up in the dugout across the field from us,” Torina said. “At practice we’re 0-16, but when we show up at the field on Friday we’ll be 16-0, confident, attacking at the plate and playing the way we know we’re capable of.”