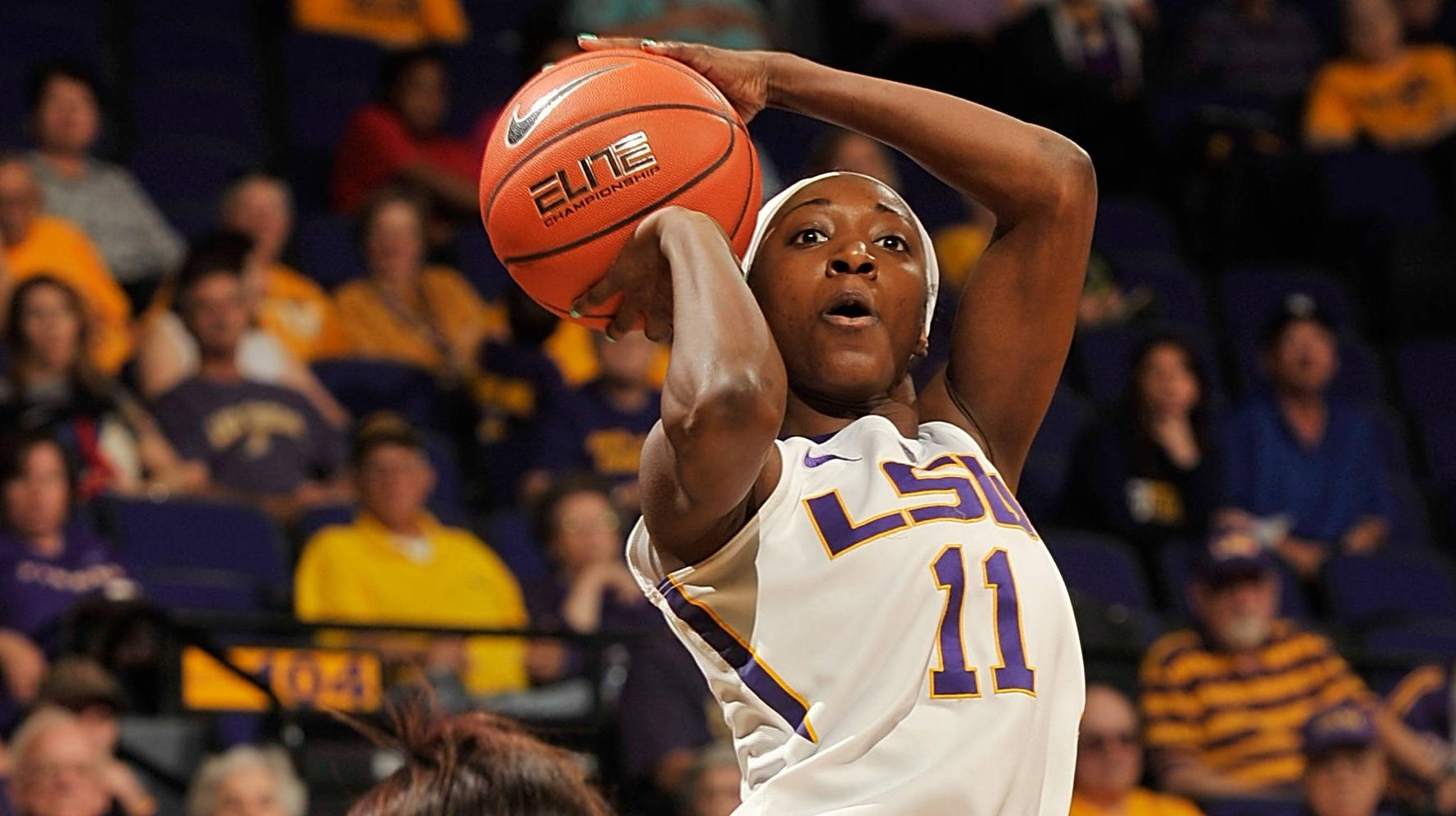 OXFORD, Miss. – The LSU women’s basketball team will look to return to the win column as the Lady Tigers conclude the road portion of its regular season schedule at Ole Miss on Thursday evening.

Tipoff is scheduled for 6 p.m. from Tad Smith Coliseum, and the game will be carried online only through the digital platform of SEC Network Plus. The telecast is available on www.WatchESPN.com and the Watch ESPN app.

Last time out, LSU (15-11, 9-5 SEC) was handed 63-41 setback at Arkansas where the Lady Tigers were limited to a SEC season-low 17 field goals and 27.2 shooting clip. LSU has won all four of its decisions this season coming off a loss in SEC play.

Ole Miss (16-11, 6-8 SEC) kept its chances alive for a .500 SEC record and secured a 67-59 upset victory over No. 13 Kentucky on Monday. The Rebels had four players register double figures led by Tia Faleru’s 16 points. Gracie Frizzell dialed up 15 points courtesy of a quintet of three-pointers, and Danielle Mccray notched a double-double with 13 points and 15 rebounds.

Faleru has posted 14.9 points coupled with a SEC-leading 10.6 rebounds per game. She is the only SEC player to average a double-double for the season. Erika Sisk has chipped in 8.8 points and 2.7 assists per game followed by Mccray’s 7.2 points and 5.1 rebounds per game. Frizzell has knocked down 45 of her 57 field goals from beyond the three-point arc.

LSU has compiled a 31-21 series advantage on the strength of 24 wins during the last 28 meetings dating back to the 1995-96 season. The Lady Tigers have won six in a row in the series which includes a 70-41 triumph over Ole Miss earlier this season. For the Rebels, the 41 points were a season-low. LSU’s defense limited Faleru to five points on a 2-of-9 shooting effort.

“We have to make sure that our team stays in the moment,” head coach Nikki Caldwell said. “We can’t go back and relive the game that we played last month because Ole Miss is a different basketball team and so are we. We’ve got to focus in on the things that we do well and execute our game plan both on the offensive and defensive end but also understand that there is going to be a lot of emotions being that it is Senior Night for Ole Miss. Faleru has done an amazing job. She’s the heart of the team. We know that she is a player that is competitive, and we are going to have to match her intensity. We are going to have to be able to make and create our own energy against a team that is coming into the game fully energized, especially with the emotions of it being Senior Night and the emotions of coming off a great win against Kentucky.”

Ballard has turned in double figures during a career-long 10 straight games where she has averaged 15.8 points per game. She also has secured 8.0 rebounds, 3.7 steals and 3.4 assists per game as part of the 10-game run. Ballard continues to be the only SEC player to be ranked among the SEC’s Top 10 in four of the five major statistical categories. She has collected double-doubles in two of her last three outings.

Harden has been a key performer off the bench during LSU’s last seven games. She totaled 14 points aided by a career-high tying four three-pointers at Arkansas. On the defensive end, Harden’s 2.1 steals per game are fourth on the SEC leaderboard.

Moncrief will look to bounce back from a season-low three points on a 1-for-13 shooting performance during the Arkansas game which stopped a run of five consecutive games with 10-plus points. For the season, she has amassed 11.2 points, 6.9 rebounds and 2.7 assists per game. She has garnered 4.7 of her 6.9 rebounds of the defensive end, and the 6.9 rebounds are second among SEC guards.

LSU’s post play has been fueled by Sheila Boykin who has picked up 6.8 points, 6.6 rebounds and 1.4 assists per game. She has come away with seven of her eight games in double figures as a starter, most recently a 12-point and 12-rebound effort at No. 1 South Carolina on Feb. 12.

Akilah Bethel has totaled at least five points in 14 games and at least five rebounds on 13 occasions, while Jenna Deemer has added 5.9 points per game with 25 of her 26 appearances off the bench. Deemer poured in a career-high 22 points on 7-of-10 from the floor against Ole Miss earlier this season. The Lady Tigers have won six of seven games when Deemer contributes 10-plus points.

“We have to make sure that we are taking great shots, and we are putting our players in the position to score the basketball,” Caldwell said. “Paint points are going to be a focus for us because we want to score there. We also have got to knock down the midrange jump shots. We did a nice job the last time we played them, because our defensive effort was very good. We have to make sure that we are taking that same type of mentality on the road that we play with here at home. We need to have a great attitude towards defending and rebounding the basketball because Ole Miss does a very good job of getting all over the defensive glass. They get out in the passing lanes, and they are aggressive with their man-to-man. They want to turn you over so taking care of the basketball also is going to be a key for us.”