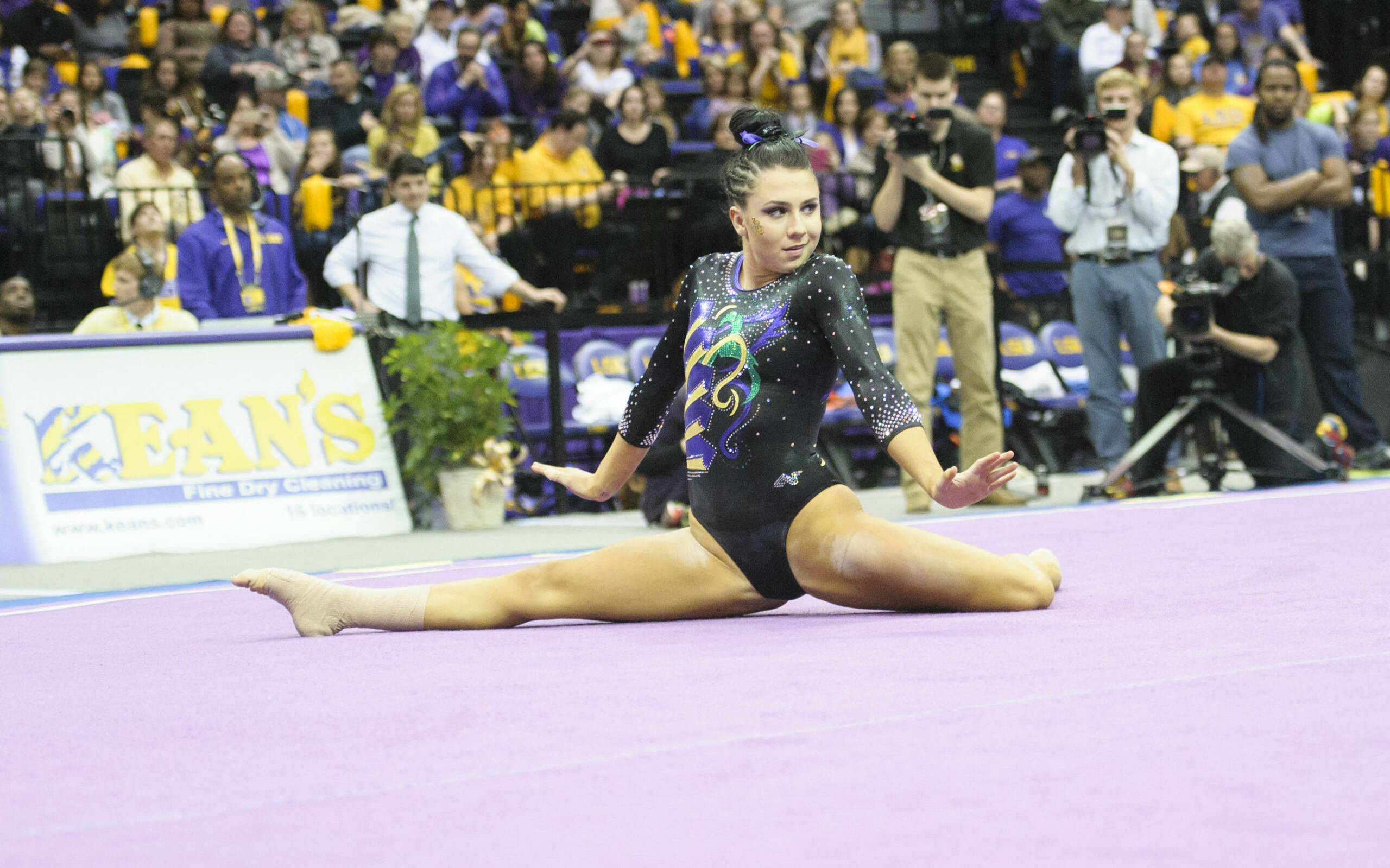 Courville earned her third SEC Gymnast of the Week honor after tying for the highest all-around total in the SEC last week with a 39.625 to win the title against the Gators.

The all-around title was not only the fourth of the season for Courville, but it was also the 25th of her career, placing her in a tie with April Burkholder for the most career all-around titles in LSU history.

Courville won her seventh bars title in as many meets this season with a 9.95 to lead LSU to the second-best team bars score of the season with a 49.500 and an overall score of 197.950 that ranks as the fourth-highest score in school history.

Hall moved to the top of the LSU record book when she won the floor title with a season-high tying 9.975 against Florida. It was the 28th floor title of Hall’s career, surpassing Ashleigh Clare-Kearney and Burkholder for the most floor titles in LSU history.

The 9.975 also ties as the highest floor score in the nation this season, and Hall is one of only three gymnasts across the country to earn the score twice this year.

Hall also led off the vault lineup with a season-high tying 9.875.

It is the fourth time in her career Hall has earned SEC Specialist of the Week. She won the award last season after her performance against Alabama, and she won it twice in 2013 after meets against Missouri and Alabama.

No. 2 LSU (9-1, 6-0 SEC) returns to action this week when the Tigers travel to Tuscaloosa to face No. 5 Alabama (6-1, 4-1) at 8 p.m. CT Friday in Coleman Coliseum. The meet will be televised live on SEC Network, and live audio will be available free of charge on www.LSUsports.net/live.

For the most up-to-date information on LSU gymnastics, visit www.LSUsports.net/gymnastics. Fans can also connect with the Tigers via the team’s social media outlets: www.Facebook.com/lsugym, @LSUgym on Twitter, Snapchat, Instagram and www.YouTube.com/lsugymnastics.