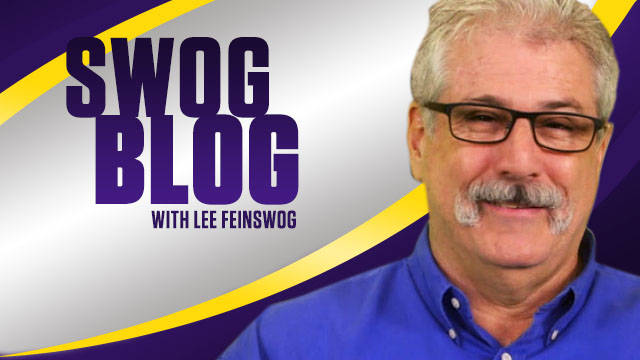 She used to glide. Now she rotates.

And as a result, after some trials and tribulations, LSU’s Tori Bliss has become one of the top shot putters in the nation.

More on those shot-put techniques later. In the meantime, the senior from Portage, Indiana, last year’s second-place finisher at NCAA Outdoors, had been the NCAA leader in the event this winter with five throws better than anyone else in the country. She now ranks No. 2 nationally and No. 1 in the SEC as she looks ahead to the SEC Indoor Championships this weekend.

“I knew the potential,” LSU throws coach Derek Yush said, “but I never saw her going this far this quickly. She put herself far ahead of any expectations we had for her.”

Perhaps, but it wasn’t like she came to LSU as an unknown in the shot put. Bliss, an only child who stands 6 feet tall and is as solid as a football player, was the Indiana Gatorade Girls Track and Field Athlete of the Year in 2011. Her resume included being the three-time high school state champion and top shot putter in the nation in 2010 and 2011.

But that wasn’t all. She broke Portage High School’s 33-year-old basketball scoring mark with 43 points in a game her senior season and for her junior and senior years was a pretty solid goalkeeper on the soccer team. She could have played small-college basketball, but wanted to compete on a bigger stage.

“If I had a dollar for every time I was called Baby Shaq when I was in high school I could pay next month’s rent,” she cracked.

Not surprisingly, LSU was impressed with her multiple-sport background, competitive nature, her poise and self-confidence. And then, “when she made her official visit with her family, they kind of fell in love with the place,” LSU head coach Dennis Shaver recalled. “And really they trusted Coach Yush.”

It was that trust in Yush that led to the change in technique.

Assuming you’re not a shot-put aficionado, and most aren’t, here’s the simple explanation: When you glide, you start in the back of the ring and basically take two sliding steps and push the shot as far as you can. In her case, Bliss was surpassing 50 feet in high school. At LSU, she became the No. 2-ranked freshman in the country with a best of 51-7 indoors and beat that by a quarter-inch outdoors. As a sophomore, she threw 52-11 at the SEC Indoor meet.

And that’s when Yush brought up switching to rotation, which he describes thusly: “It looks a lot like the discus spin,” Yush offered. “She rotates around one and a half times and gets to that same position that she would deliver when she was gliding. It’s much more athletic and explosive and suited her body better, because she’s an explosive kid.”

Not that it happened overnight.

“After indoor my sophomore year I was kind of frustrated. Coach and I discussed our game plan going into the outdoor season and he wrote on a piece of paper, one side with things to change with my glide. And when I turned the paper over, it said rotational.”

“She had great throws but she and I both agreed that she had not achieved the level that she could,” Yush said.

So after that meeting he gave her a couple of days to think about it “this drastic change and spin with the shot.”

Yush made it clear if she made the switch, there was no looking back. Bliss said simply, “Let’s do it.”

Not that she didn’t second-guess herself and Yush.

“There were many days when I wondered if I didn’t make a mistake, but it paid off.”

Did it ever, although she admitted for the first time in her athletic career something didn’t come easy.

“I was so frustrated and so negative sometimes,” she admitted.

She got positive sooner than later.

And it didn’t stop there. Last year, she got everyone’s attention by finishing second in the NCAA Outdoor meet with a school-record 57-4 ¼ in the national meet at Oregon. What’s more, in two other events in which she dabbled the first two years, Bliss qualified for the NCAA Championships in the discus with a personal best of 171-6. Yush thinks she can score points in the NCAA meet this year. And she also competed sparingly in the weight throw, an event she won’t try this season. After last college season, Bliss finished 12th with a throw of 52-7 ½ at the USA Outdoor Championships.

By the way, she has to wear extra sun screen when training outdoors. Bliss has the same pigment condition that LSU football fans might recognize from former Tiger Karl Dunbar, vitiligo, that causes a loss of skin color in blotches. She sunburns badly in those places if she doesn’t take precaution.

This indoor season has already been good for Bliss. Last month in the LSU Indoor Invitational she broke the 21-year-old indoor school mark, also set by Mitchell, with a throw of 57-2 ¾. Then on Jan. 24 in a meet at Kentucky, Bliss broke her own mark in winning by more than four feet with a career-best throw of 57-4 ¾.

“If she keeps progressing she’s going to be really tough to beat,” Yush said.

Indoors the competitors use a shot that has a plastic cover. Outdoors it’s steel. The weight is the same, 8.8 pounds, and Bliss said she likes outdoors better. Of course, that’s when the European summer circuit takes place and when the Olympics occur.

Bliss has a chance to get into the international mix, perhaps even the Olympics down the line.

“Like Coach says, this is a contract year and will decide if I get to do this professionally,” Bliss said.

She has to get stronger and continue to refine her technique, Shaver said, “but I think she has the right ingredients.”

And that’s worth spinning around about.