Basketball Looks to Build Upon Success at Auburn 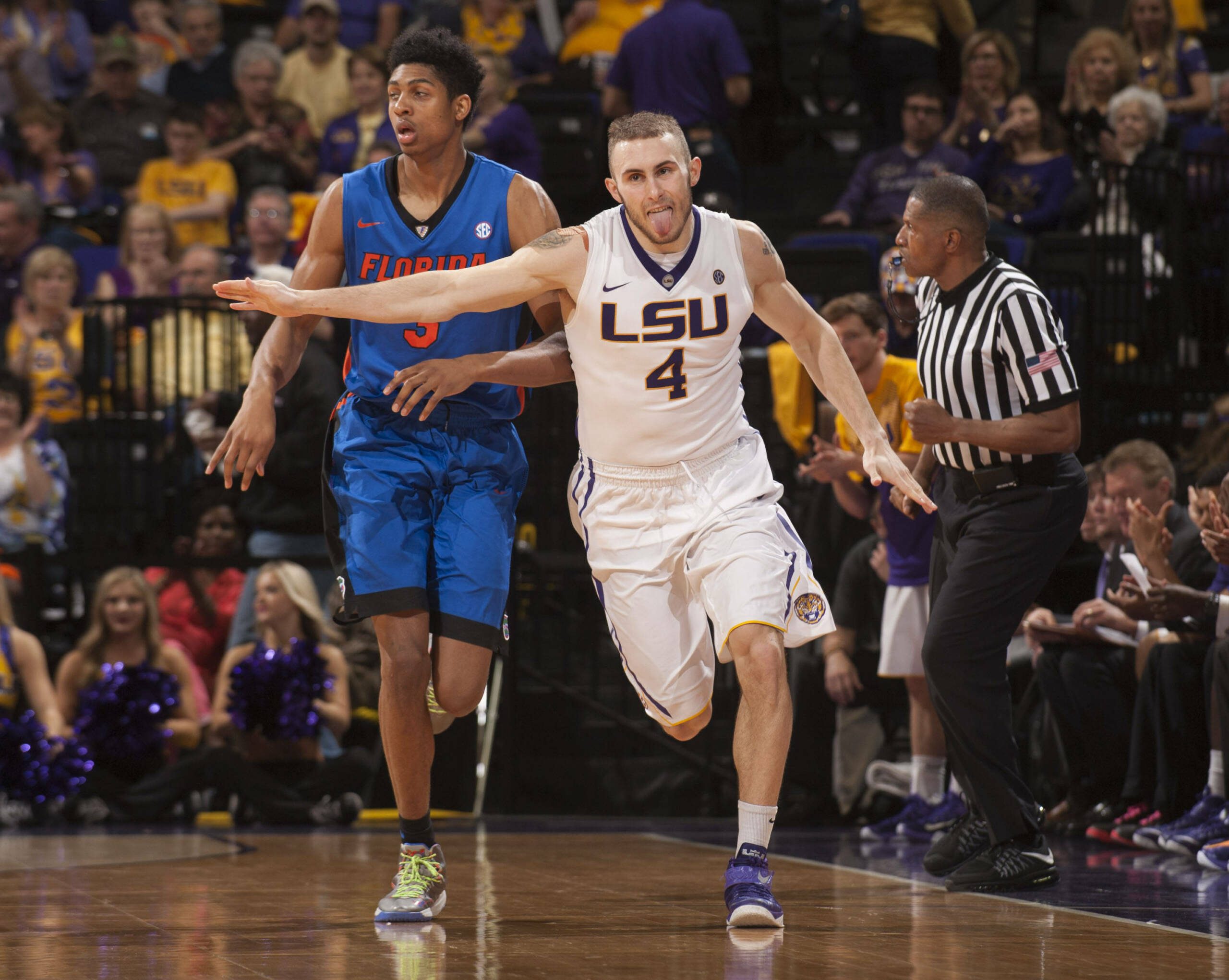 AUBURN, Ala. — The LSU Tigers look to try to earn a seventh road win this season as they travel here on Tuesday to take on the Auburn Tigers in a 6 p.m. game at the Auburn Arena.

More importantly, a victory would assure LSU a non-losing record in the SEC for the third consecutive year and give LSU its second consecutive 20-win season.

The game will be televised on ESPNU with Rich Hollenberg and Dino Gaudio on the call while the game’s radio broadcast will be available in the GeauxZone at LSUsports.net and on the affiliates of the LSU Sports Radio Network with Jim Hawthorne, Ricky Blanton and host Kevin Ford.

LSU is 19-8 and 8-6 in the league in a tie for fifth place entering the final four games of the regular season while Auburn is 12-15 and 4-10 in the SEC. But the Auburn Tigers hold an 81-77 win over LSU back on Feb. 5 in a game in which the LSU Tigers allowed an opponent to cross the 80-point plateau for one of the few times in Johnny Jones‘ three years as head coach in Baton Rouge.

In that first meeting, KT Harrell had 28 points including five treys while Antoine Mason had 24 points. Both Jarell Martin (14 points, 16 rebounds) and Jordan Mickey (23 points, 12 rebounds) had double doubles for LSU as Tim Quarterman, then off the bench, had 17 points and Keith Hornsby 11. LSU shot 43 percent for the game but made just 4 treys compared to 9 for Auburn.

Since that game, LSU has changed its starting lineup to insert Quarterman and Jalyn Patterson, who played 16 minutes after missing the previous two games, into the lineup. Patterson is averaging 8.0 points in SEC play and had two key three pointers late to spark the game clinching run Saturday against Florida.

Mickey enters the game needing just two blocks to record his second consecutive season with 100 blocks, joining Shaquille O’Neal as the only LSU players to have multiple 100 block seasons.

LSU after Tuesday will have a home games remaining with Ole Miss (Saturday, 1 p.m.) and Tennessee (Wednesday, March 4, 6 p.m.) before finishing the season at Arkansas in a game the SEC has announced will be at 1 p.m. on ESPN. Saturday’s game with Ole Miss will also be Senior Day for John Odo and walkon Antonio Robinson.

Coach Jones met with the media in Baton Rouge at mid-day before the team left for Auburn and here are some of his comments:

Opening Statement…
“We are looking forward to a tough challenge (Tuesday) at Auburn, a team that we had a setback against here at home. It will be a very challenging game for us. We gave up 81 points here at home, and we have to make sure we do a much better job on the defensive end of the floor. It is certainly going to be a great challenge for us—one we look forward to. Being on the road in another really good environment here in the conference, our guys will certainly be challenged.”

On playing better defense during the second test against Auburn…
“We just have to make sure that we are mindful. They have great shooters. I think two guys who shot the ball extremely well (in the last game were Antoine) Mason and (KT) Harrell. Both guys had really good games. I think they knocked down nine three-pointers. I think that was a huge difference in the game—the way they were able to shoot the basketball here.”

On LSU’s defensive play during the first game…
“It was more of a scouting report that we needed to make sure we were more mindful of that I think would have maybe helped us in the game. We didn’t give ourselves a true chance because of the fact that we didn’t follow the script throughout like we needed to. They may have resorted to scoring in other ways, but we would’ve much rather see that transpire instead of the three-point looks that they had and became a confident team early.”

On Auburn’s shooting…
“For them, they still shoot the ball well. They shot the ball well against Kentucky, especially in the second half. They made shots. They made shots against Alabama, but both teams were able to overcome that because of their ability to score. We scored 77 points, and that’s a lot of points for us to score. We have to make sure that we defend and hold our opponent below that number.”

On rebounding techniques…
“We have two guys that are in the top of the league in Jarell (Martin) and Jordan (Mickey). Both guys are good rebounders. We just have to be consistent with those numbers. Our other guys have to make sure that they are filling in and that we are getting to our average of about 39 per game.”

On finishing plays …
“I think that you hit the keyword. We have to finish plays. We have to do that throughout, especially on the defensive glass. We have to make sure we finish plays on that end of the floor and all five guys. We have to do what we like to call gang rebounding. We can’t leave until we secure the basketball, and if we do that at a great rate, we will have a good chance.”

On other teams going after Jordan Mickey and Jarell Martin to draw fouls…
“We have to get out there and play. He (Jarell Martin) and Jordan both are the guys that teams, especially because of the positions they play in the paint, are going to go after. We have to be smart and make sure that we are playing with our hands up, playing with our chests and making people play up over the top of us. We don’t pick up fouls when we are 94 feet away from the basket reaching. If we are getting fouls, it’s going to be in traffic. They just have to play and can’t hopefully be worried about the whistles. They just have to get out there and play because if you do, I think a lot of times you play hesitantly.”