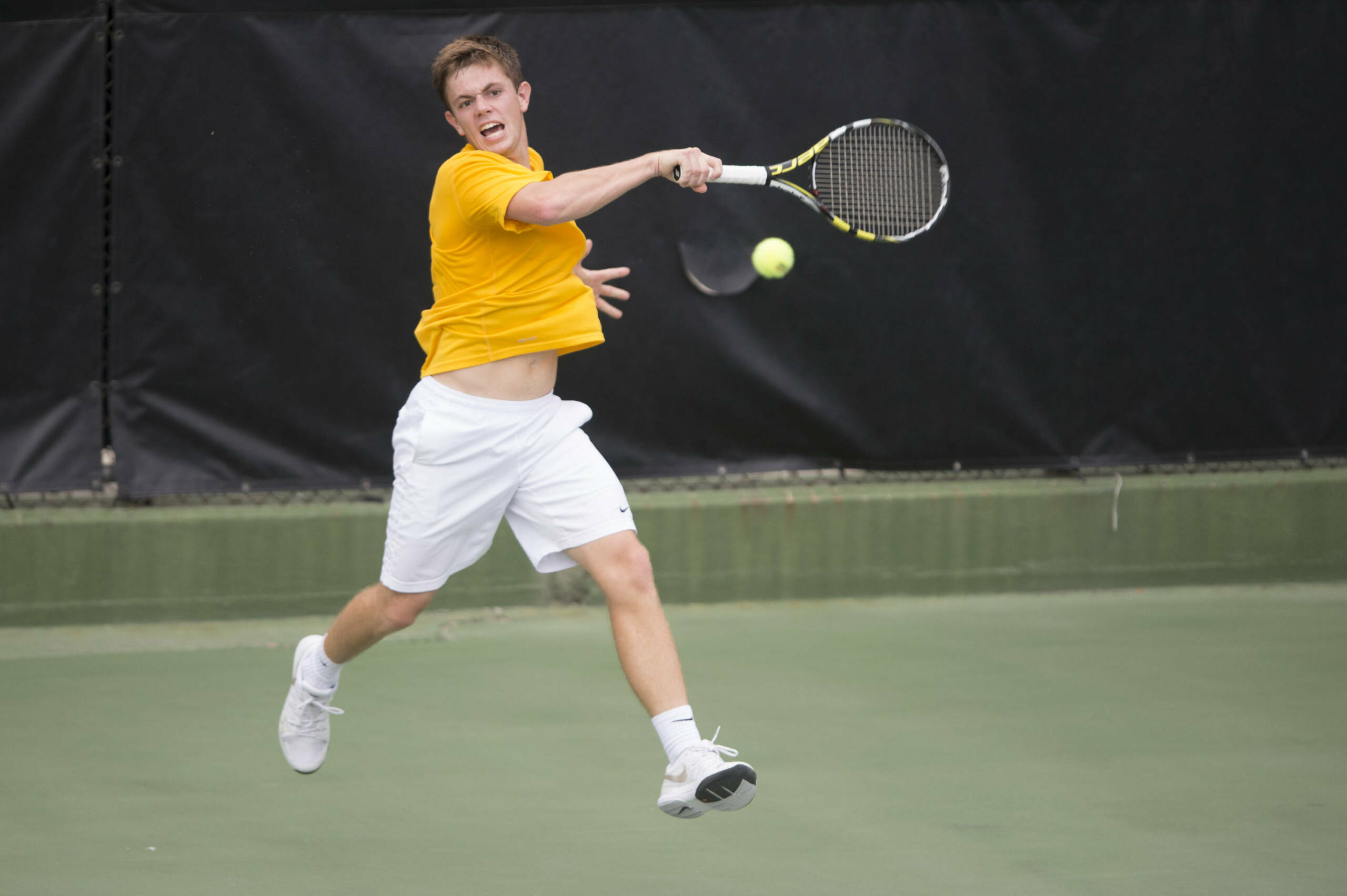 The win was LSU’s third ranked victory of the year and their final non-conference match of the season.

“The result was great,” said head coach Jeff Brown. “It came against a strong [Southeastern Conference]-caliber team and we had to play our best to win.”

The Tigers secured the doubles point after a close call on court two. Daigle and junior Boris Arias, ranked No. 45 by the Intercollegiate Tennis Association, fell behind 2-5 before storming back for a 7-5 victory. LSU was in familiar territory, up 1-0 after doubles for the ninth time this season.

The intensity continued as Daigle and Koepfer were neck and neck in the first set before Daigle dominated the tiebreaker 7-0. Daigle carried that momentum through the second set to clinch the second team point for LSU.

“Under pressure, Jordan dominated the tiebreaker,” Brown said. “That performance catapulted him and he cruised to a win.”

Tulane would not go away easily as they pulled even with LSU at 2-2 before sophomore Justin Butsch gave the Tigers a 3-2 lead with his tough 7-5, 7-6 win on court six.

Locked in a grueling third set, the match came down to lone senior Chris Simpson, a situation the veteran is no stranger to. After dropping the first set, Simpson volleyed his way to a 4-6, 6-4, 6-3 win on court two and clinched the match for LSU.

“We felt very comfortable with Chris [Simpson] in that situation,” Brown said. “He is such a clutch player and he came through again today.”

LSU now shifts focus to the SEC portion of their schedule, which opens at home on Friday, Feb. 27 against No. 20 Tennessee.

The Tigers head into conference play brimming with confidence as they currently are perched atop the SEC standings with a .900 winning percentage.

“The guys should feel good,” Brown said. “Everyone should take some confidence with what they have accomplished here as we head into SEC play.”