Women's Basketball to Square Off with Arkansas 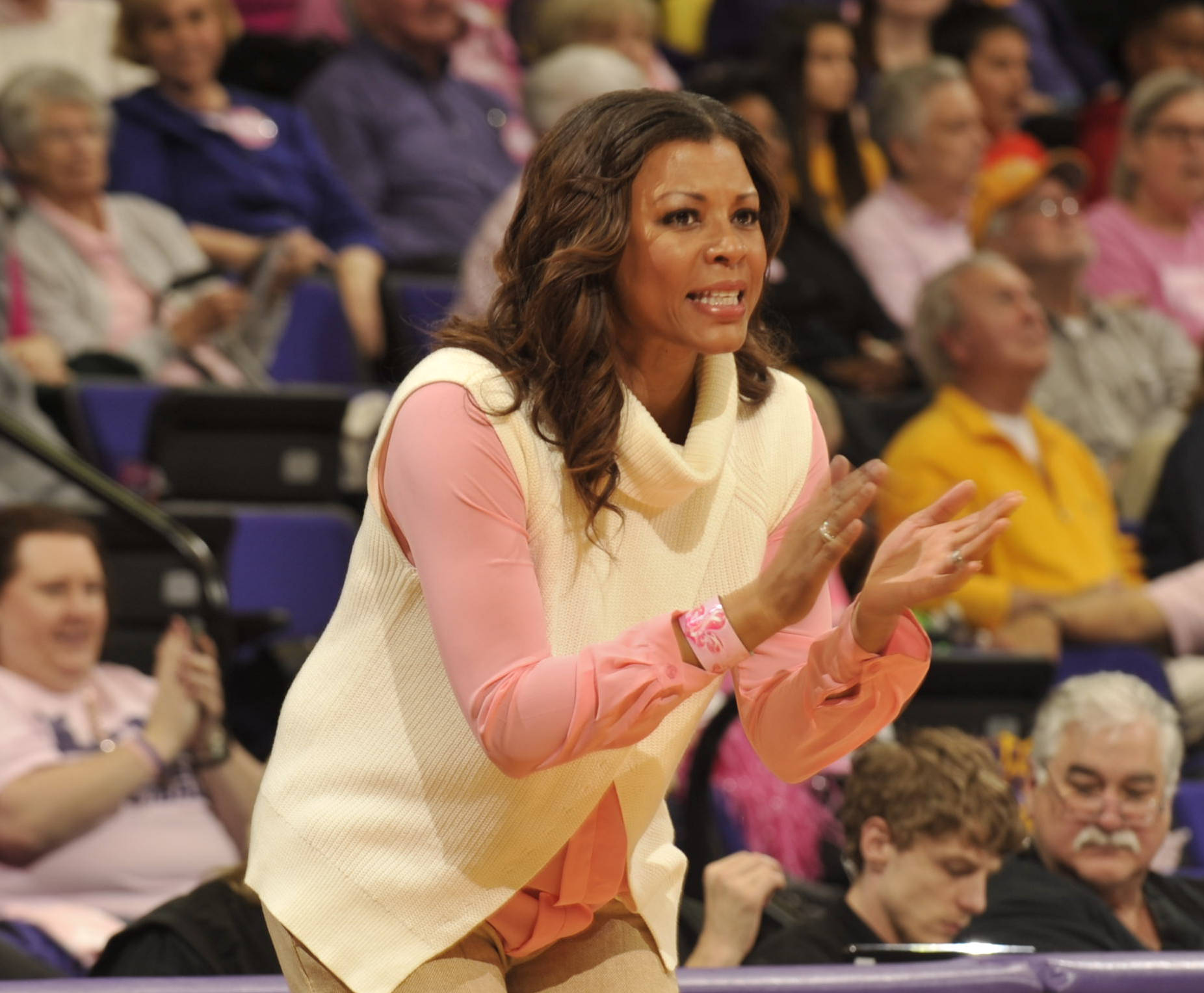 FAYETTEVILLE, Ark. – The LSU women’s basketball team will get its first glimpse of a SEC opponent for the final time and another opportunity to pick up a RPI Top 50 victory when the Lady Tigers face off against Arkansas on Sunday afternoon.

Tipoff is slated for 1 p.m. from Bud Walton Arena, and the game will be televised by ESPNU. The ESPNU telecast also will be available on www.WatchESPN.com and the Watch ESPN app. Roy Philpott and Brooke Weisbrod will serve as the announcing team.

The LSU Sports Radio Network will broadcast the game on its flagship station Talk 107.3 FM in Baton Rouge. Patrick Wright, the voice of the Lady Tigers, will call the action. The broadcast also will be available for Geaux Zone subscribers at www.LSUsports.net/live.

LSU (15-10, 9-4 SEC) heads into the weekend’s action tied for third place with Mississippi State and Texas A&M in the SEC standings. The Lady Tigers have won five of their last six and seven of their last nine games. The only two setbacks have come against the SEC’s top 2 teams, South Carolina and Tennessee on the road, who are undefeated in conference play.

“The game will be played at a high level of intensity and with a high level of a sense of urgency because both teams know what is at stake,” head coach Nikki Caldwell said. “As the season is winding down, you want to be playing some of your best basketball going into tournament play. We want to make sure we carry over the defensive effort that we had the other night against Georgia. That’s good defense when you are able to hold a team in the 50s. Obviously, our board play will be a key as well. For us on offense against a team like Arkansas, they do a nice job of lending support. Being aggressive off the bounce, making the extra pass and getting second and third opportunity also will be key for us.”

LSU holds a 29-14 series advantage, but Arkansas has posted a 5-2 mark versus the Lady Tigers since the 2010-11 season. Six of those seven meetings have been decided by single digits which includes a 57-53 decision in favor of Arkansas last season. The Razorbacks connected on seven three-pointers during the second half and scored 28 of the game’s 42 second chance points. Jackson pumped in 20 of her 25 points aided by four triples in the second half to spark the Arkansas comeback.

“Jackson is a type of player that can do it all,” Caldwell said. “She can score from the three-point line, she can score from the pull-up jumper, she can score in the paint and she does a good job of getting to the free throw line. Callie Berna does a nice job of running their team, and I believe she’s the glue to their team. She distributes the basketball extremely well, and she knows what action to run and to whom. When they need a big basket, she’s the player that can knock down a big time shot for them. She’s a player that we need to be aware off as well.”

LSU’s guard play has amassed over 70 percent of the team’s points during eight of the last 11 games since the return of Danielle Ballard. She has posted consecutive double-doubles, most recently with 13 points and 12 rebounds against Georgia. The 12 rebounds enabled Ballard to surpass 500 for her career. The junior guard has secured double figures in nine straight games and is ranked among the SEC’s Top 8 in points (13.9), rebounds (7.3), steals (3.4) and assists (2.9) per game. Her 3.4 steals hold the top spot on the SEC leaderboard.

Raigyne Moncrief has registered 10-plus points in eight of her last nine appearances and is up to 11.5 points per game. She also has collected a double-double in two of her last three outings. Moncrief racked up 13 of her team-leading 16 points in the second half and added 10 rebounds during the Georgia game. Her 6.9 rebounds per game are second among SEC guards, while her 2.0 steals per game are good enough for 10th place in the SEC rankings.

DaShawn Harden is third on the team with 10.0 points per game and has come off the bench during LSU’s last six games. She has buried 33 triples from beyond the three-point line. On the defensive end, Harden has swiped 2.1 steals per game which is fifth in the SEC rankings. She contributed eight points and two assists versus Georgia.

LSU’s interior play has been highlighted by Sheila Boykin‘s 7.0 points and 6.8 rebounds per game. She has worked her way into one of the SEC’s top offensive rebounders – her 3.4 offensive boards are third on the SEC list. Boykin has knocked down 55.5 percent of her shots over her last 16 games.

Akilah Bethel has contributed 5.4 points and 4.5 rebounds per game. She turned in seven points and three rebounds last time out against Georgia. Ann Jones and Stephanie Amichia also have chipped in 3.0 points per game apiece whereas Alliyah Fareo has hauled down 1.2 rebounds per game on the inside off of LSU’s bench.

Rina Hill and Anne Pedersen have found their rhythm over LSU’s last seven games. Pedersen has tallied 7.3 points per game and equaled her career-high with five assists versus Georgia. Hill has garnered 6.1 points per game. The Hill-Pedersen combo has come away with a pair of 10-plus point performances during the seven-game run.

LSU has won six of seven games when Jenna Deemer has garnered double figures. She has notched 6.1 points per game with 22 of her 39 field goals coming from three-point territory over the last 16 games. Jasmine Rhodes has averaged 2.3 points, 1.5 rebounds and 0.9 steals per game with 23 of her 24 appearances off the bench.