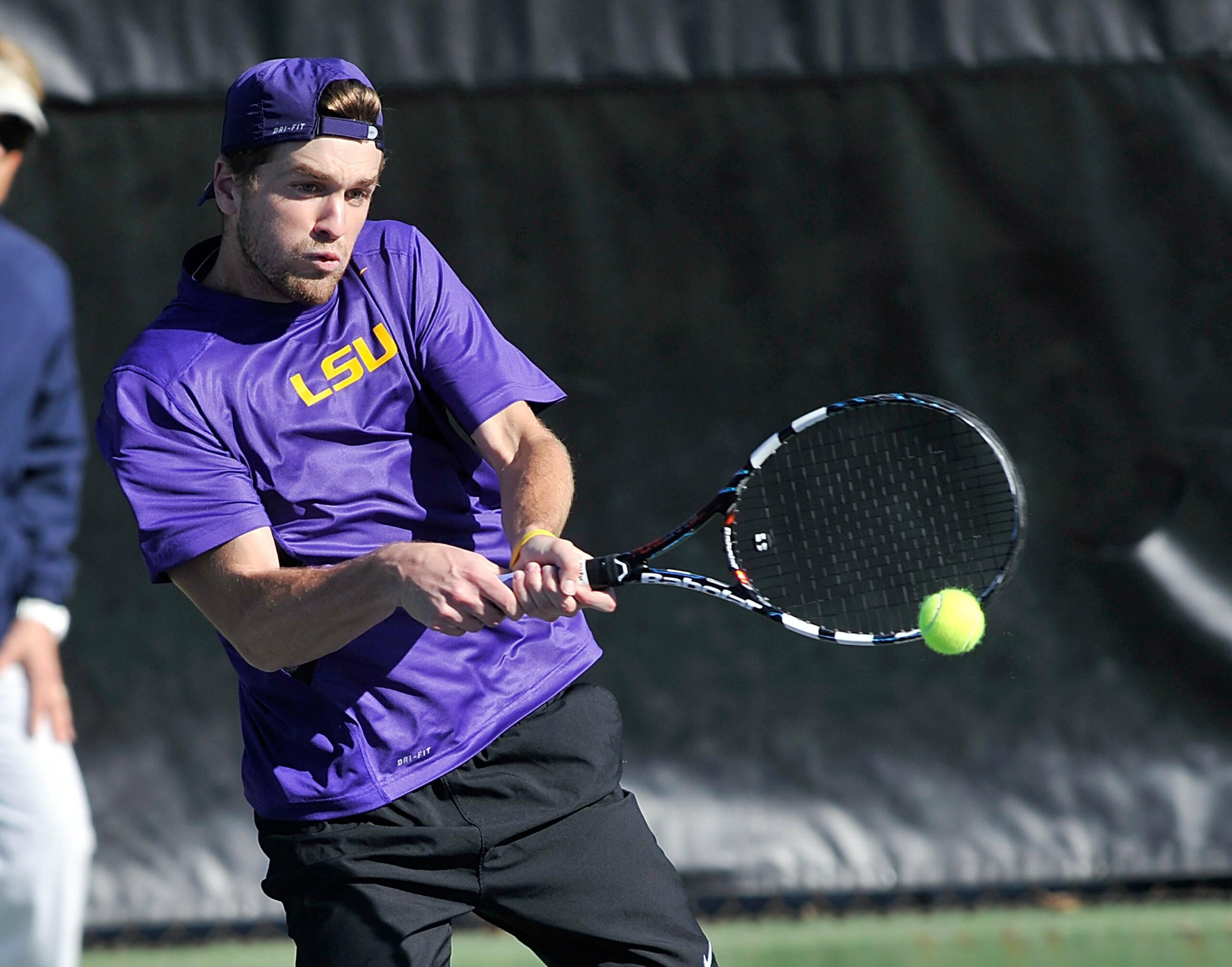 “Tulane will be a strong test for us,” said head coach Jeff Brown. “We have been playing very well throughout our singles and doubles lineup and we will look to continue that on Sunday.”

The Green Wave are no strangers to success so far this season either. Tulane heads to Baton Rouge after notching their first ranked victory of the season with their 5-2 road win over No. 75 Arizona on Tuesday.

The Intercollegiate Tennis Association ranks Tulane junior Dominik Koepfer No. 5 in singles play. Coach Brown and the Tigers are looking forward to the challenge at the top of the lineup, where either sophomore Jordan Daigle or senior Chris Simpson will face the Furtwangen, Germany native.

“[Koepfer] has been playing well this season,” Brown said. “He will be a challenge for Chris [Simpson] or Jordan [Daigle].”

Simpson (7-0) and Daigle (5-0) are both undefeated in dual play this season and are a combined 3-0 against nationally-ranked opponents. Simpson is ranked No. 101 by the ITA while Daigle is ranked No. 118.