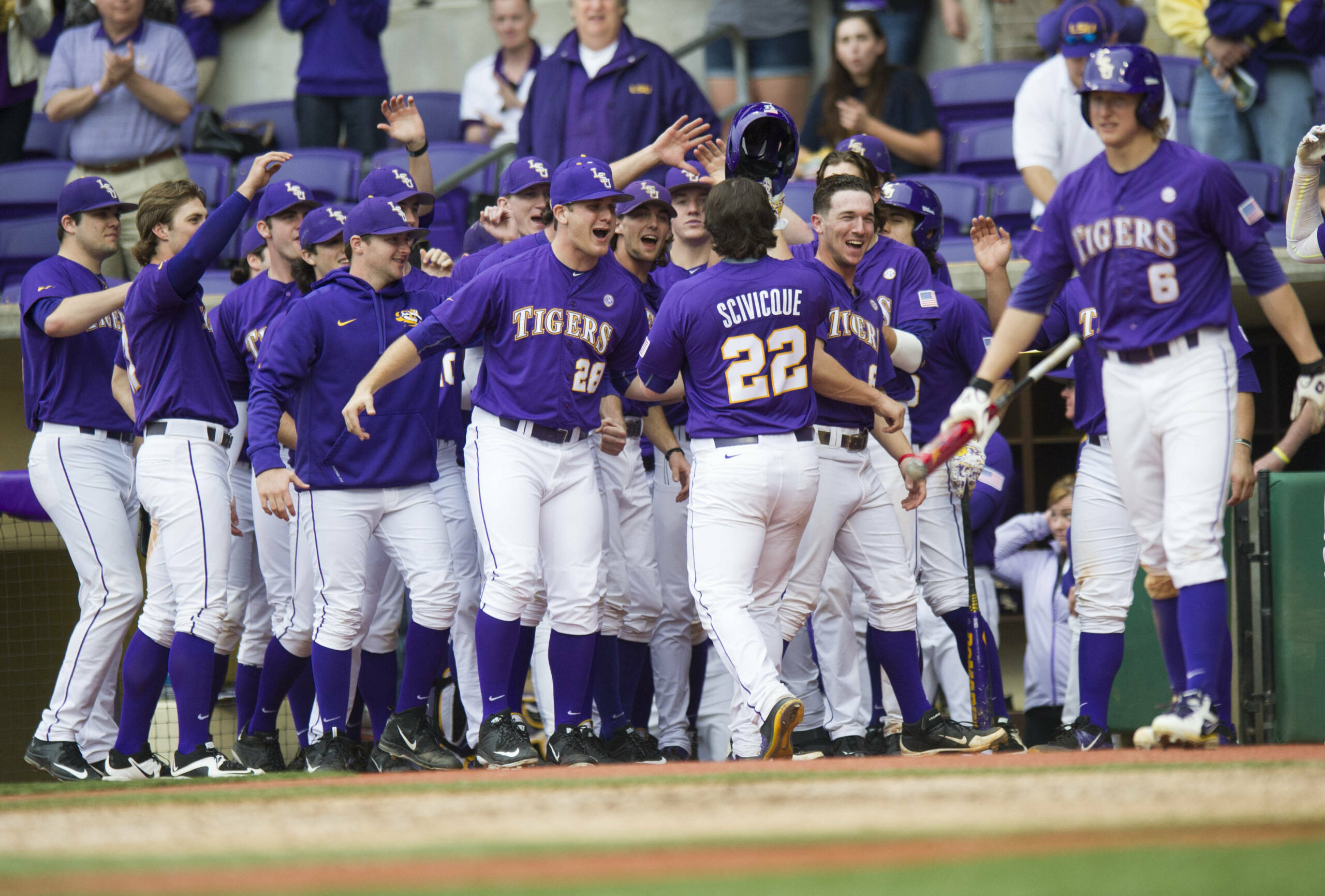 The Tigers collected 21 hits, their highest hits output since May 13 of last season when LSU had 23 hits against Northwestern State.

LSU moved to 6-1 on the year with Saturday’s win, while Boston College dropped to 2-5.

LSU starting pitcher Jake Godfrey (1-0) earned his first win as a Tiger as the freshman right-hander worked five innings and allowed one earned run on four hits and one strikeout. Boston College starter Nick Poore (0-1) was charged with the loss after pitching 1.2 innings and giving up six hits with four earned runs.

Senior catcher Kade Scivicque was 3-for-4 at the plate with two homers, three RBI and three runs. Junior shortstop Alex Bregman was 3-for-6 with a homer and four RBI, and junior centerfielder Andrew Stevenson was 2-for-3 with two triples, one RBI and two runs.

“Jake looked much more comfortable out there than he did in his first outing last weekend, and he pitched very effectively,” said LSU coach Paul Mainieri. “I don’t think we could have played a much better game behind him. We played flawlessly on defense and put together some excellent at-bats with very aggressive swings. Overall, I’m very proud of the way the guys executed throughout the series. I saw a lot of improvement, and we’ll continue to make progress in the coming weeks.”

LSU got off to an early start in the bottom of the first after a Chris Chinea single drove in Mark Laird from second to put the Tigers up 1-0.

In the top half of the second, Godfrey got in a jam early with two runners on, but he was able to strand both of them as Boston College’s Nick Sciortino would ground out to short.

Stevenson tripled to right field to lead off the bottom of the second, and he would score on the next play after a wild pitch from Poore, putting LSU ahead 2-0. Bregman then hit a two out, two RBI double to score Laird and Jared Foster as LSU extended its lead to 4-0.

LSU got a boost from its defense in the third inning when Stevenson made a great over-the-head catch at the warning track for the final out, stranding runners on second and third for the Eagles.

Stevenson tripled again in the bottom of the third inning to score Scivicque from first base, making it the first time since Leon Landry in 2010 that an LSU player had two triples in one game. LSU continued to add to its lead after Danny Zardon batted in Stevenson on a fielder’s choice to increase the lead to 6-0.

Bregman started the fourth inning with a home run for his first dinger of the season. Scivicque would follow him two batters later with a two-out home run to increase LSU’s lead to eight runs.

Boston College was able to put a run on the board in the fifth inning, but Foster would help LSU continue its offensive showcase with a double to left in the bottom of the fifth, scoring Kramer Robertson.

Russell Reynolds came in relief of Godfrey after five innings, but got into trouble early when he walked the first two batters he faced. Reynolds was able to get out of the jam and retire the next three batters he faced, striking out two.

LSU erupted for a five-run eighth inning. Michael Papierski, Bryce Jordan and Bregman all hit RBI doubles to account for the final margin.