Softball Ties Best Start With Win Over No. 13 Arizona 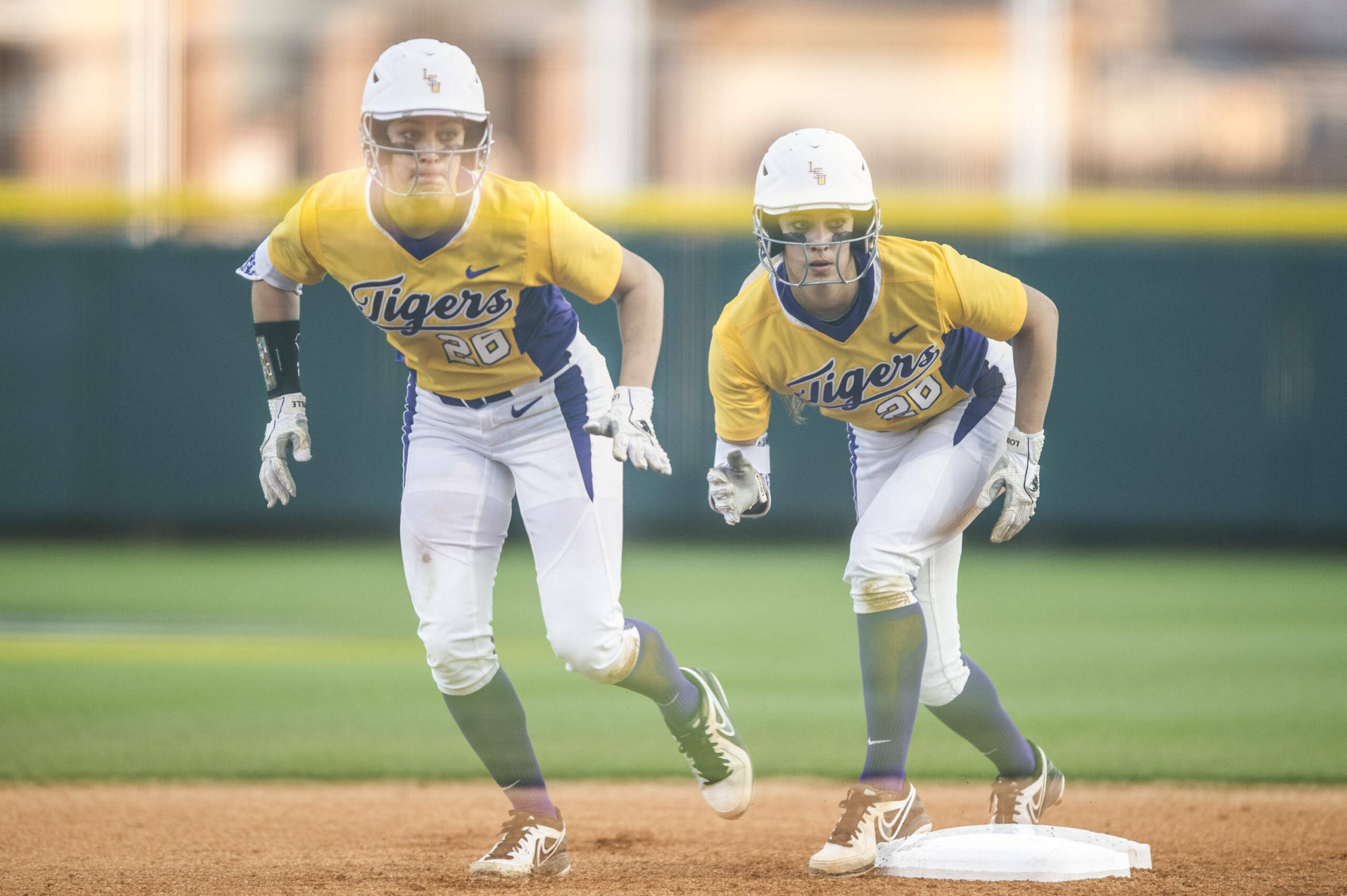 PALM SPRINGS, Calif. – After playing three amazing games last year in the postseason, the No. 14 LSU softball team and the No. 13 Arizona squared off this time at the Mary Nutter Collegiate Classic and produced another, this time with LSU scoring four runs early and weathering the Wildcat attack to win 4-3 and move the team’s record to 14-0 to tie the best start in program history in the process.

In a battle of top 15 teams, the Tigers scored enough runs and got through enough tough spots to overcome a late Arizona (10-2) rally in the bottom of the sixth to pull out the victory and tie the 2006 team for the most consecutive wins to start a season in program history.

LSU produced all four of its runs on seven hits, getting multiple hits from A.J. Andrews, Bailey Landry and Emily Griggs on the afternoon. Landry finished 2-for-2 with two RBIs, while Andrews went 2-for-2 with three runs scored, while Griggs went 2-for-3 with a run scored. Sahvanna Jaquish did not record a hit but earned two sacrifice flies for two RBIs in the win.

She weathered the onslaught and powered through in another quality start from freshman Carley Hoover (3-0) who earned the complete-game victory after allowing three runs on nine hits with eight strikeouts. Hoover ran into some problems early, but with the help of the defense she held Arizona off the board long enough to aid LSU in securing the victory.

Arizona’s Michelle Floyd (3-1) suffered her first loss of the year in the circle, allowing four runs on six hits with four strikeouts and three walks, as her relief in Nancy Bowling pitched the final two giving up just one hit. Eva Watson earned three hits for the Wildcats with an RBI in her time at the plate, while Kellie Fox earned two hits.

Andrews started off the game in the best way possible, taking the third pitch she saw in LSU’s opening bat into the gap to left center for the triple to put a Tiger in scoring position. Landry connected for an infield single to easily score the outfielder to make it 1-0 LSU.

Hoover and the Tigers got the first two outs with relative ease, but things changed quickly for the Wildcats as consecutive walks put two runners on, with a single up the middle loading the bases for Arizona. With the Tigers in a tight spot, a grounder to Bianka 0Bell at short ended the frame with a short flip to Constance Quinn at second.

After being originally called out to open the bottom of the third after a play at the plate, Griggs was reinstated to the plate after an overturned call, coming back to earn an infield single to take first. A passed ball allowed her to move to second, as another infield single by Andrews put runners at the corners. Landry came through again, this time scoring Griggs on a single to make it 2-0 with runners at the corners now.

A walk to Bell loaded the bases for the Tigers, as on the next play Jaquish hit a high fly ball in the infield that the second baseman had to catch over the back, allowing Andrews to score to make it 3-0, but Griggs was thrown out trying to take third for the double play, as a strikeout ended the frame for LSU.

An infield single and throwing error by LSU put a runner at second for Arizona in the top of the fifth. Bell made a diving stop at short to stop a ball from getting through as the infield single kept the runners at first and second. Fortunately, the Tigers stood firm as Hoover got back-to-back strikeouts and a batter to line out to Quinn at second to end the frame with Arizona still scoreless.

Griggs opened another frame with another infield single, advancing to second after a wild pitch. Andrews drew a walk to put two on for LSU, as another wild pitch advanced the two to second and third. That left an open base for Landry who drew a walk to load the bases for the Tigers.

After a pitching change for Arizona, Bell grounded into a fielder’s choice that forced out Griggs at home for the first out. LSU didn’t come out fruitless in the inning, as Jaquish hit a deep fly to center allowing Andrews to score on the sac fly to make it 4-0 LSU.

After opening the sixth with an out, Arizona got two singles to put runners at the corners to put some pressure on LSU. A walk loaded the bases for the Wildcats to really put the heat on as an infield single scored one to make it 4-1.

A fielder’s choice scored another run to put runners at the corners to make it 4-2 but with two outs on the board. The runner at third for Arizona stole home to make it 4-3, as another infield single put two back on for the Wildcats. Fortunately after a lengthy at bat, Quinn snagged an infield pop up to end the inning.

LSU took no prisoners in the top of the seventh, and with the win on the line, the Tigers stepped up as Hoover got consecutive strikeouts with a diving grab by Quinn to end the game and secure the win for LSU.