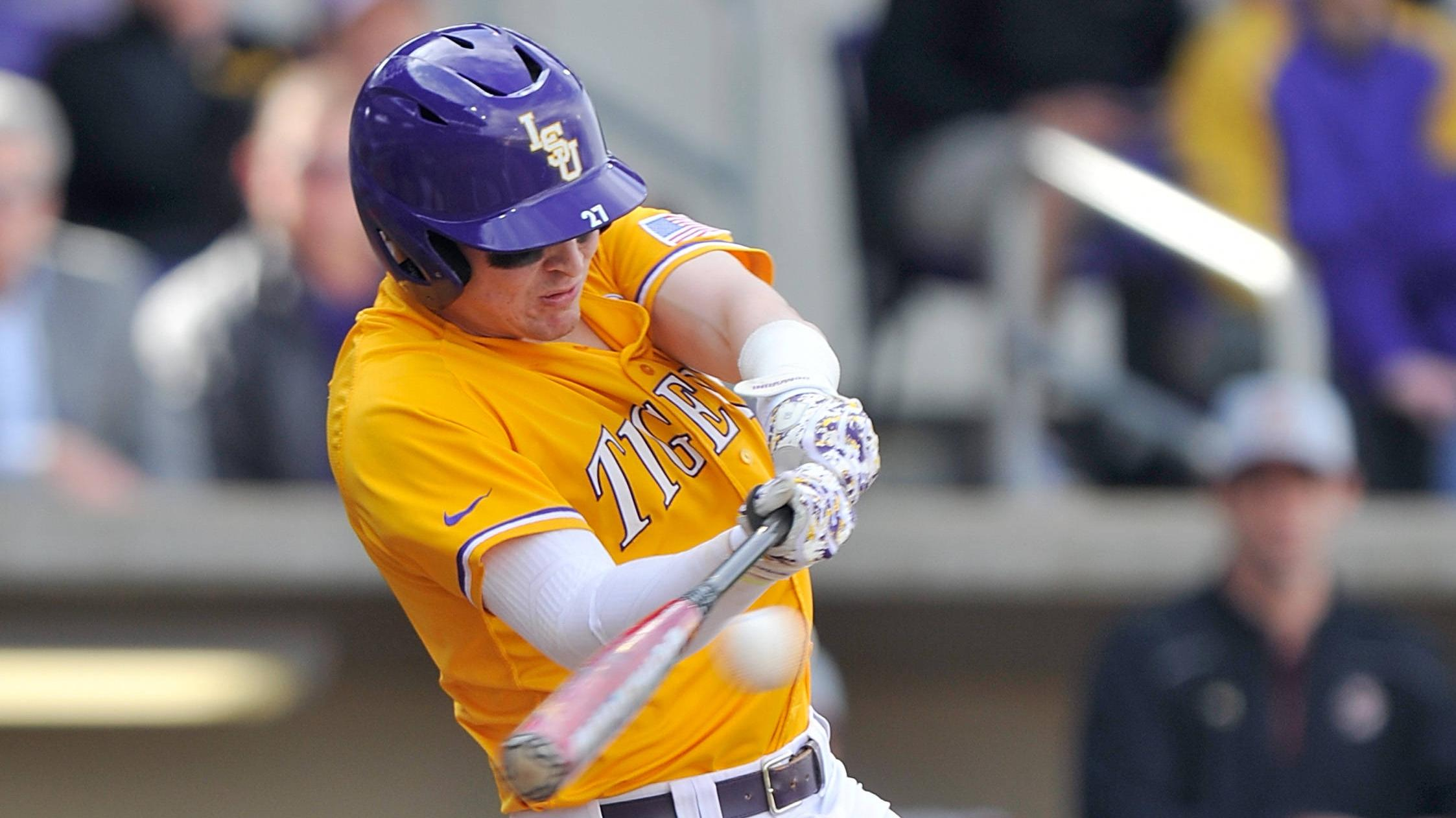 The Tigers will play Game 2 of the series at 7 p.m. Friday. The game will be available online through the SEC Network+ and Watch ESPN. The can also be heard on LSU radio affiliates and audio will be streamed live through the GeauxZone.

Boston College led off the top of the first with back-to-back singles from centerfielder Gabriel Hernandez and second baseman Blake Butera. After a throwing error by Jared Poche’ on a failed pickoff attempt, the runners advanced to scoring position with one out and crossed the plate on a single up the middle from right fielder Chris Shaw.

The Tigers answered back with a pair of runs in the bottom of the second. Hale started the rally with a single, and Stevenson followed with a triple to center field, scoring Hale. With those hits, both Hale and Stevenson have hit safely in the first five games of the season. Stevenson scored on a sacrifice fly to center by senior catcher Kade Scivicque. Zardon followed with a double to right center field and advanced to third on a passed ball. Heading into the top of the third, the score was tied at two runs.

In the top of the third, Butera had his second hit of the day but was retired on a fielder’s choice by third baseman Joe Cronin. With two outs, Boston College first baseman Michael Strem roped a single to center field, scoring Cronin. At the end of three innings, Boston College led 3-2.

Stevenson walked to begin the fourth inning for the Tigers, Scivicque singled to center field and advanced to second on the fielding error by Hernandez. With one out, Stevenson scored on Zardon’s groundout to second base. Junior right fielder Mark Laird singled up the middle with runners at the corners, scoring Scivicque, and the Tigers took the lead 4-3 through four innings.

In the bottom of the sixth, Zardon hit a solo shot to left center field for his first home run of the year. The Tigers led 5-3 after six innings.

Junior designated hitter Chris Chinea reached on an error by Cronin, and Beau Jordan came in to pinch run for Chinea. Be. Jordan reached second after interference by the first baseman Michael Strem. With runners at the corners and two outs, the Boston College reliever Mike King had a wild pitch, plating Jordan. Zardon had his third extra base hit and third RBI of the day doubling to left field. LSU led 7-3 heading into the eighth.

With one out, sophomore left fielder Jake Fraley walked in the eighth inning, advanced on a wild pitch and had his first stolen base of the season. Be. Jordan singled Fraley in to make the score 8-3 in favor of the Tigers.

Collin Strall, Zac Person and Alden Cartwright came on in strong relief for the Tigers, pitching 3.1 innings with five strikeouts, two hits, no runs and only one walk.