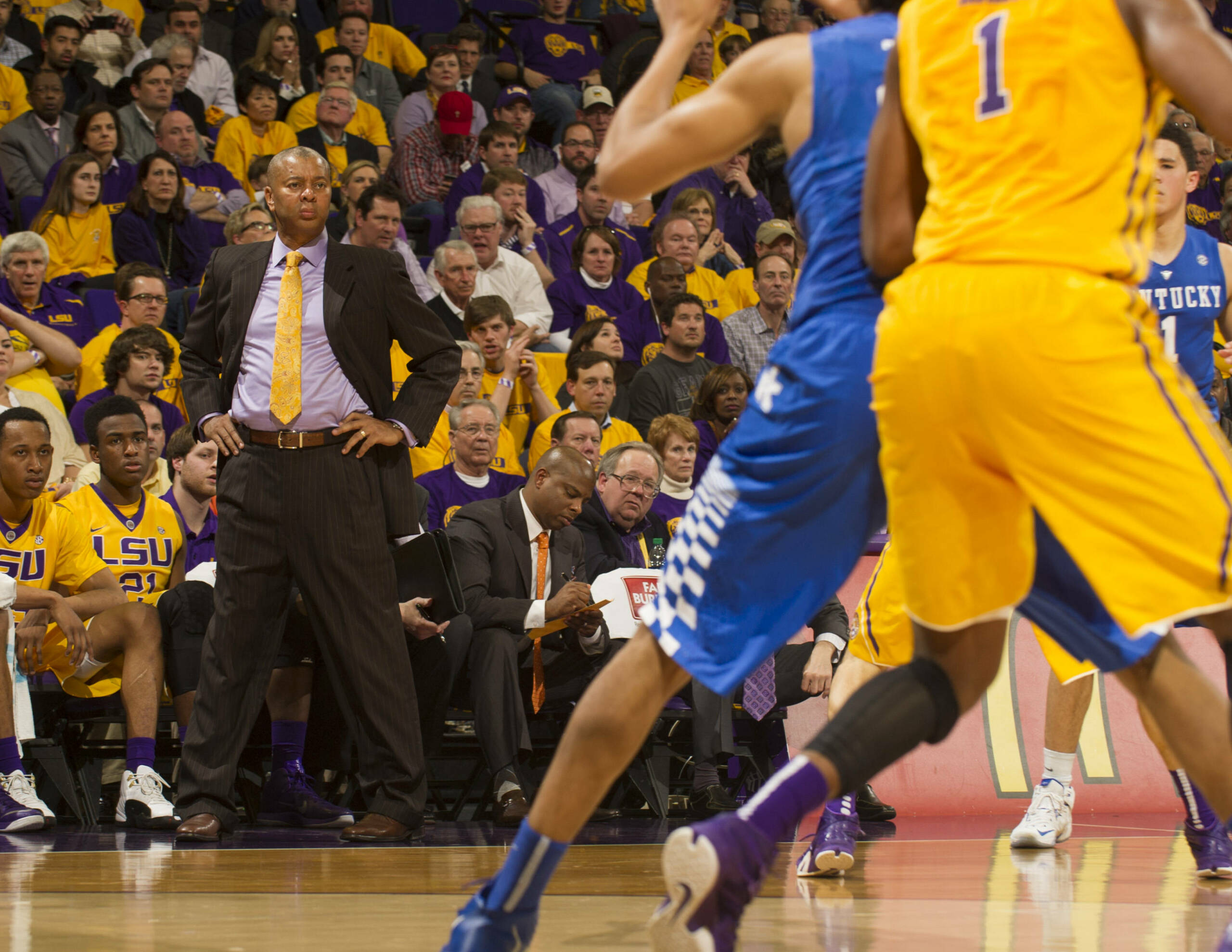 BATON ROUGE — The LSU men’s basketball team, looking to get on a roll entering the final five games of the regular season, tries to get a second victory over the University of Florida when the two teams meet on Saturday at noon CT at the Pete Maravich Assembly Center.

For the second straight year the LSU-Florida late-season meeting will be televised nationally by CBS Sports with Ian Eagle and Clark Kellogg on the call. The radio call will be available in the GeauxZone at LSUsports.net and the affiliates of the LSU Sports Radio Network with Jim Hawthorne, Ricky Blanton and host Kevin Ford.

Tickets are available at LSUtix.net and beginning at 10:30 a.m. at the ticket windows on the upper concourse of the Maravich Center. LSU students are admitted free of charge with a valid student ID. The first 2,000 fans will receive a Johnny Jones replica jersey.

Florid was held to 38.3 percent (23-of-60) and just 3-of-16 from the arc. Alex Murphy and Dorian Finney-Smith each had 10 points to lead the Gators. Florida is expected to be without its two top scorers on Saturday as Finney-Smith did not dress for Wednesday’s win over Vanderbilt and Michael Frazier continues to be out with an injury.

At his media session on Thursday, LSU Coach Johnny Jones was asked about Florida being a more dangerous team with its top two scorers out of action.

“It did (Wednesday). I thought they did an excellent job of maybe not having as much depth as they normally would, but I thought the guys who stepped in did an excellent job of making shots and making plays down the stretch for them throughout the game,” said Jones. “I thought it was a tough game for them. For those guys to step up in crucial situations and make plays down the stretch to win the game right there at the end, it tells you the terms of their mental focus that they have on their team.”

“We know it is certainly going to be a challenge for us,” said Jones. “(Florida is) a team that has the ability to stretch your defense. It is a team that obviously played in the Final Four just a year ago—the experience that they have on their basketball team. With what we are trying to do down the stretch, these last several games are really important for us. It’s going to be important that we are playing the right way. Wins have to be our focus and certainly are on our mind now coming down the stretch.”

LSU travels to Auburn on Tuesday before returning home on Feb. 28 to face Ole Miss.