Baseball Strands 17 in 6-3 Loss to Nicholls 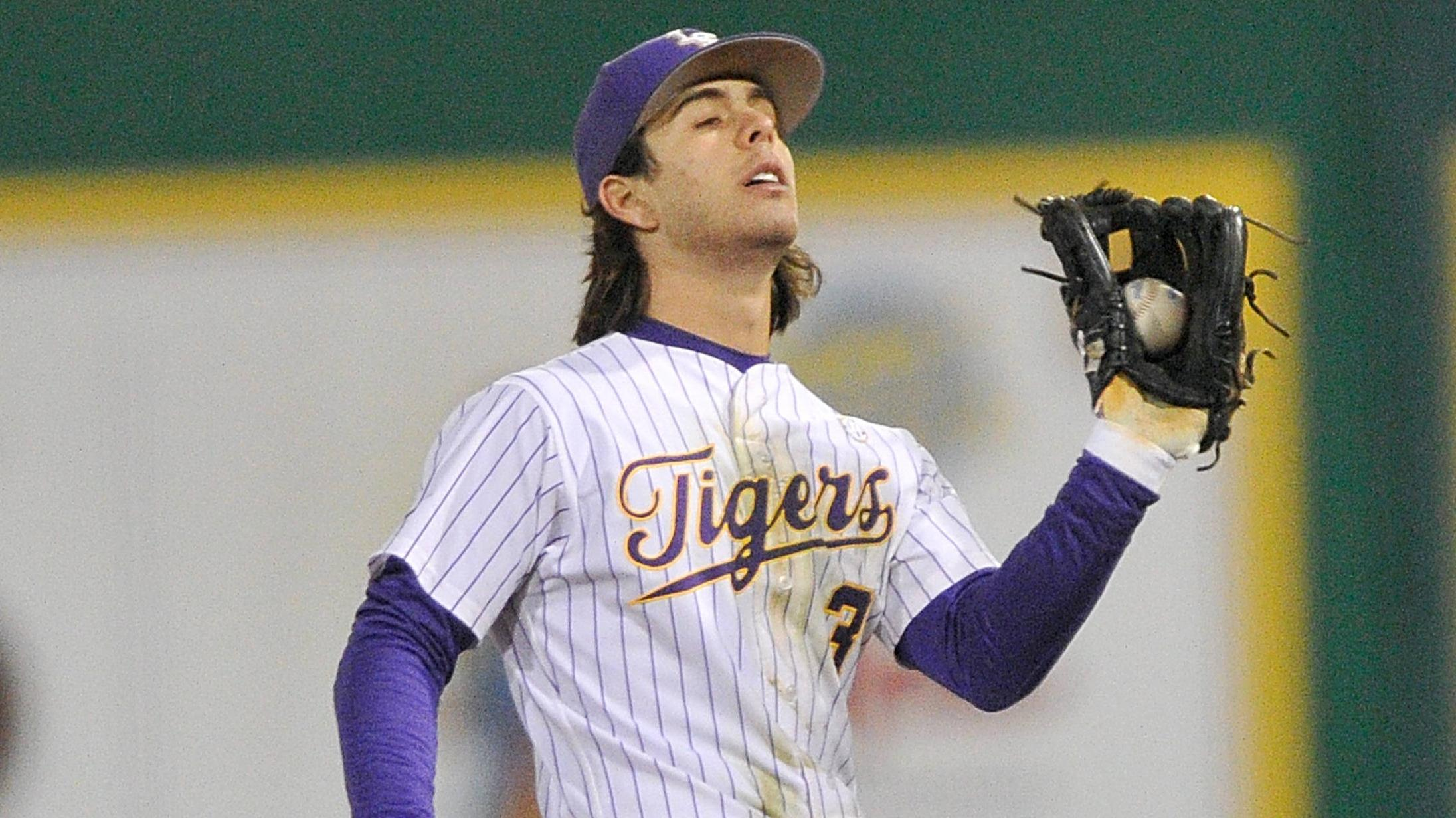 BATON ROUGE, La. – Second-ranked LSU (3-1) stranded 17 baserunners and the Tigers dropped a 6-3 decision to Nicholls (3-1) Wednesday night in Alex Box Stadium, Skip Bertman Field. The Tigers trailed 6-0 through five innings and scored three runs in the bottom of the sixth, but were unable to reduce the deficit further.

The Tigers will face Boston College in a weekend series with the first game at 2 p.m. on Friday. Due to the severe weather warning for Baton Rouge, LSU will play their second game at 7 p.m. Friday night and the final game of the series Saturday at 3 p.m.

All three games may be viewed online via SEC Network+ and can be heard on affiliates of the LSU Sports Radio Network and at www.LSUsports.net.

“You have to credit Nicholls for playing a great game, and they certainly deserved to win,” said LSU coach Paul Mainieri after Wednesday’s contest. “They took aggressive swings at the plate and played with a great deal of intensity and energy. We were outplayed and outcoached tonight, and it’s incumbent upon us to get back to work and get better, beginning (Thursday) at practice.”

In the top of the first, Nicholls centerfielder Justin Holt led off with a single. With two outs, first baseman Seth Stevens roped a double to deep left field to score Holt.

The Colonels led 3-0 at the end third inning after Nicholls shortstop Joey Morales singled to lead off in the top of the third, and with one out, left fielder Darius Knight singled to put runners on the corners for the Colonels. Morales and Knight scored after a sacrifice fly by catcher Christian Correa and a throwing error by Tiger leftfielder Chris Sciambra.

Marc Frazier, Nicholls designated hitter, led off the top of the fourth with a double to left field and scored on a hit by second baseman Tanner Vandevere to bring the Colonels to a 4-0 lead over the Tigers.

With two outs in the top of the fifth, Correa was hit by Norman’s pitch. Junior southpaw Hunter Devall came in to relive Norman, and the first batter he faced, Stevens, tripled to right field to score a run. Frazier singled through the right side in the next at bat, and the Tigers were looking for a rally down 6-0 heading into the fifth.

Laird singled to center field in the bottom of the sixth with one out. After consecutive wild pitches by Nicholls freshman reliever Evan Hileman, Laird scored on Bregman’s single to left field. Hale and Stevenson’s singles brought in two more runners for the Tigers. The Tigers trailed 6-3 after six and but would not be able to get any closer.

Alex Ernestine (1-0), the second of seven Nicholls pitchers, earned the win for the Colonels after he came on in relief for starting pitcher Ryan Deemes. He faced four batters in his one inning pitched and had one strikeout.