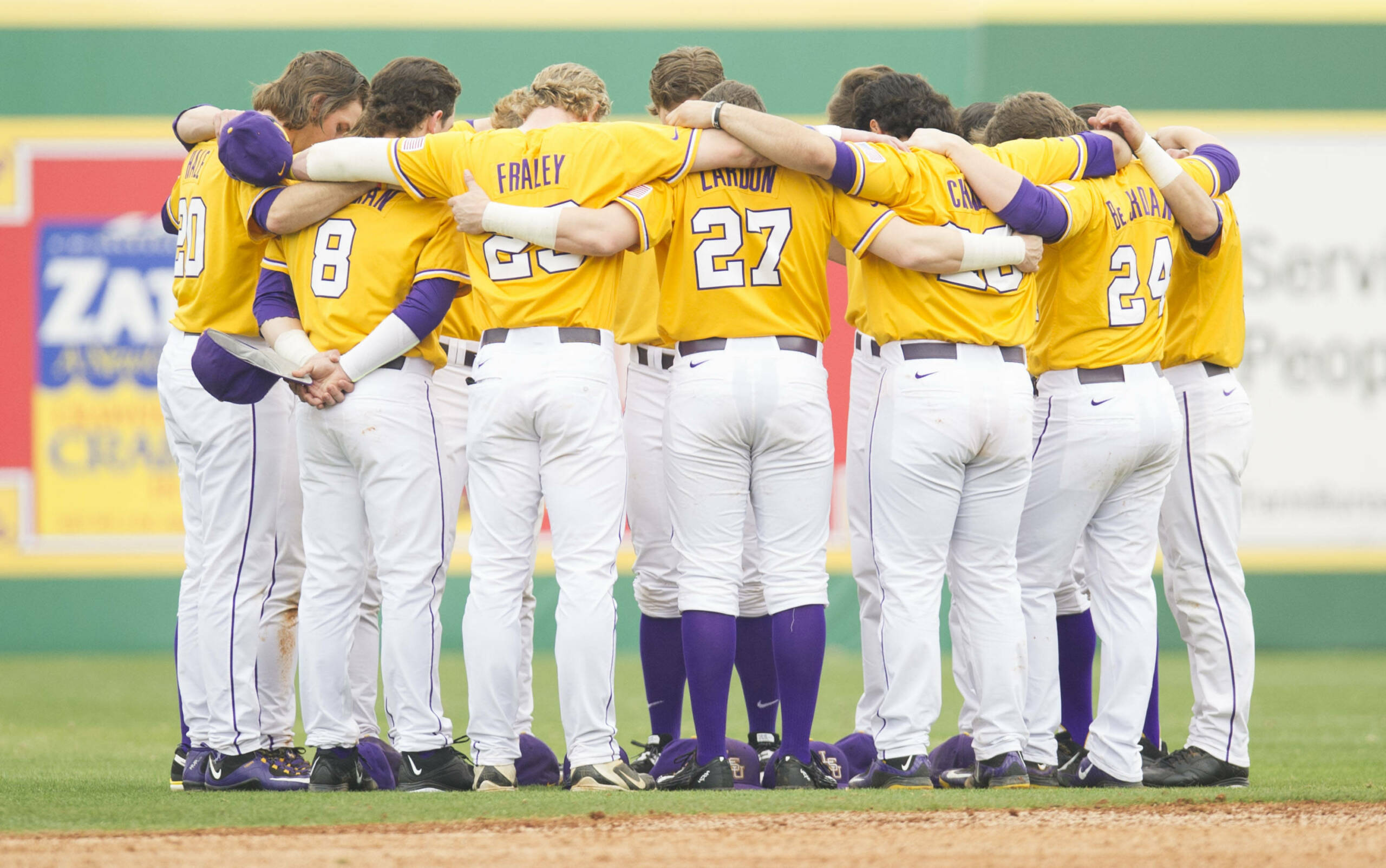 BATON ROUGE, La. – Due to a forecast of severe weather in the Baton Rouge area on Sunday, the schedule for this weekend’s LSU-Boston College baseball series has been adjusted so that all three games may be played in Alex Box Stadium, Skip Bertman Field.

The game that was originally scheduled to be played on Sunday has been moved to 2 p.m. on Friday. The 2 p.m. game will be followed by the regularly-scheduled 7 p.m. game, and the series will conclude with a 3 p.m. contest on Saturday. All of the games will be nine innings in length.

Fans should use their Game #7 ticket in order to be admitted to Friday’s 2 p.m. game. The stadium will be cleared after the 2 p.m. game, and fans will be re-admitted for Friday’s 7 p.m. game with their Game #5 ticket.

Fans should use their Game #6 ticket for admission to Saturday’s 3 p.m. game.

All three games will be streamed via SEC Network+ which is available at www.SECsports.com/watch or in the WatchESPN app on smart phones or tablets.

All three games vs. Boston College this weekend will be streamed online via SEC Network+ as scheduled.