Lewis, Ricard Break Par in Round 2 at The Prestige

by Will Stafford (@WillStaffordLSU)
Round 2 Results +0 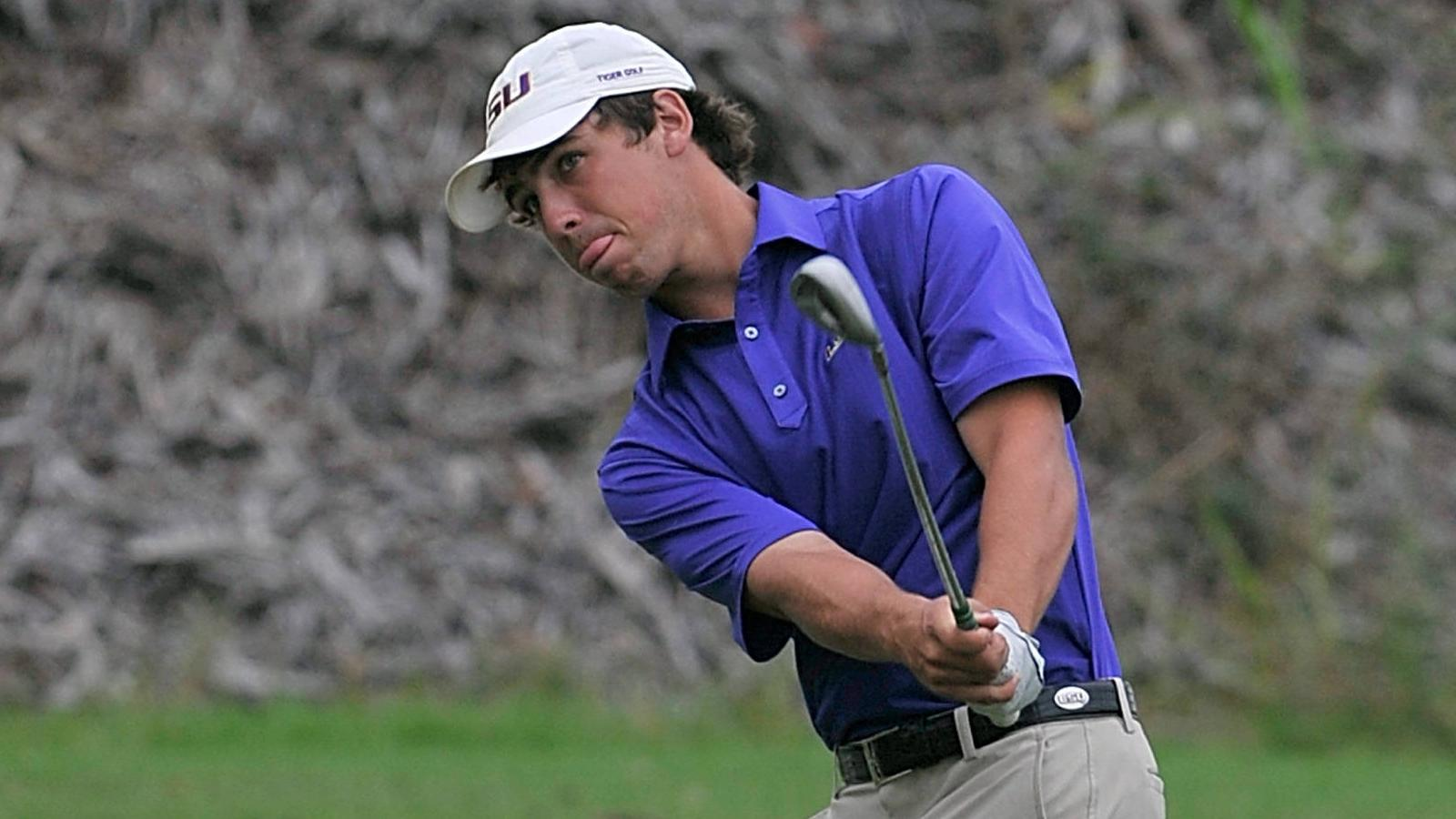 LA QUINTA, Calif. – Senior Myles Lewis fired a season-low round of 3-under par 69 and sophomore Eric Ricard broke par for the second-straight day with a 2-under par 70 to lead the No. 8-ranked LSU Tigers during Tuesday’s second round at the 16th-annual Prestige at PGA West being held this week at the famed Jack Nicklaus Tournament Course.

With Lewis and Ricard setting the pace, the Tigers also broke par for the second-straight day with a team score of 2-under par 286 to finish the afternoon in eighth place in the 14-team field at 6-under 570 after 36 holes this week. They teed off Tuesday in a four-way tie for fifth place in the team race after opening with a 4-under 284 in Monday’s first round.

No. 15-ranked Arizona State topped the charts at the end of Tuesday’s play while firing a team score of 14-under 274 to take a two-shot lead over No. 24-ranked Oklahoma State at 23-under 553 for 36 holes.

After teeing off Tuesday with a three-shot lead over the Sun Devils with an opening score of 13-under par 276 in the first round, Scotland’s Stirling University dropped back into third place following the second round at 17-under 559 for the championship. San Diego State followed in fourth place at 12-under 564, while No. 4-ranked USC and No. 14-ranked Texas Tech rounded out the Top 5 in a tie for fifth place at 9-under 567.

Lewis was nearly flawless on his round as he carded four birdies with just one bogey to catapult himself into a tie for 15th place on the leaderboard to lead the Tigers on the day. He dipped into red figures coming out of the blocks with a birdie at the par-four first hole, while adding three birdies in a five-hole stretch at the par-four ninth, par-five 11th and par-four 13th holes to drop to 4-under for his round.

Lewis wrapped up his round with the only blemish on his scorecard as he bogeyed the par-four 18th hole to finish with a team-leading and season-low score of 3-under 69, eclipsing his previous best of 2-under 70.

Ricard has been on a roll dating back to his fall finale at the U.S. Collegiate Championship at The Country Club of Georgia back in October as he has now broken par in four-straight rounds for the Tigers on the back of his 1-under 71 in Monday’s first round and 2-under 70 in Tuesday’s second round this week at The Prestige at PGA West.

It’s that performance that has Ricard on the cusp of his third top-10 individual finish in five tournament starts for the Tigers this season as he wrapped up the second round in a tie for 15th place along with Lewis with his 36-hole score of 3-under par 141 for the championship. He also finished runner-up at the Golfweek Conference Challenge and tied for eighth place at the U.S. Collegiate Championship during the fall.

While Lewis and Ricard tied one another for 15th place following the second day of competition at the Jack Nicklaus Tournament Course, sophomore Brandon Pierce continues to lead the way for the Tigers following his career-low 4-under 68 in the first round with an even-par 72 in the second for a 36-hole score of 4-under par 140 to tie for 13th place overall with just one round to play.

A strong final round would land Pierce his second career top-10 individual finish while making his sophomore debut this week at PGA West after sitting out the 2014 fall season while nursing a back injury.

Freshman Blake Caldwell added a 3-over par 75 toward LSU’s team total on Tuesday to finish the day in a tie for 75th place overall at 12-over par 156 through two rounds. After opening the tournament with a score of 1-over 73 on Monday, senior All-American Ben Taylor followed with a 4-over 76 on Tuesday to finish the second round of competition in a tie for 54th place at 5-over 149 for the week.

One look at the leaderboard shows just how Arizona State took the team lead in the second round as Sun Devil teammates Max Rottluff and Jon Rahm ended the day in a tie for first place at 8-under 136 as each player has carded rounds of 6-under 66 and 2-under 70 for the tournament. Stanford’s Maverick McNealy and Oklahoma State’s duo of Jordan Niebrugge and Kristoffer Ventura follow one shot back at 7-under 137.

The Tigers are paired with Stanford and Washington in Wednesday’s final round at the 16th-annual Prestige at PGA West as they will be teeing off in the first wave off the front nine starting at 9:30 a.m. CST. Fans will be able to follow the Tigers in action through Golfstat’s live scoring of the final round, which can be found online by logging on to http://www.golfstat.com.