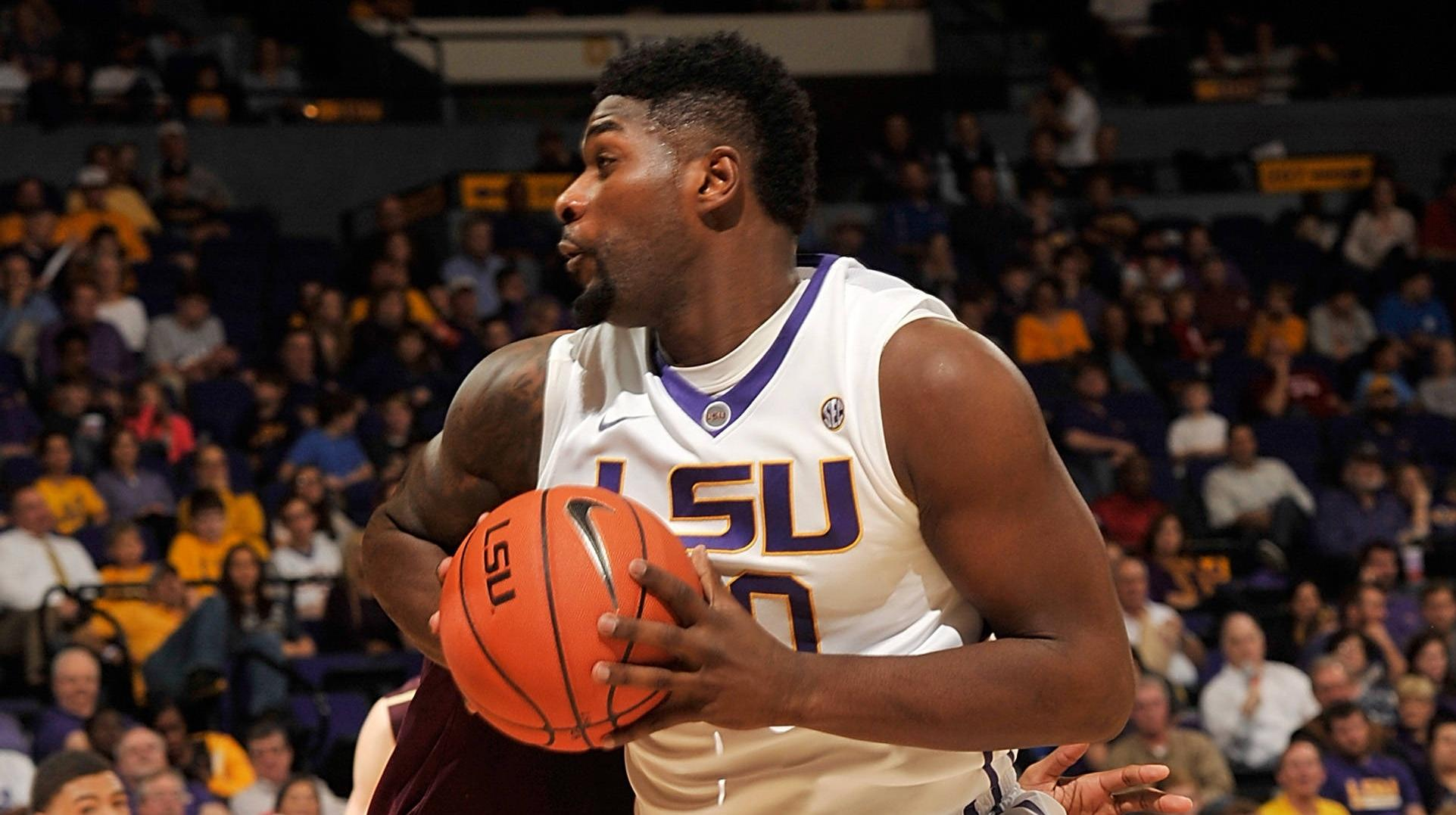 COLLEGE STATION, Texas – Texas A&M scored seven of the last eight points during the final two minutes to upend the LSU men’s basketball team by a 68-62 margin on Tuesday evening at Reed Arena.

The victory enabled the Aggies (18-7, 9-4 SEC) to sweep the season series from LSU (18-8, 7-6 SEC) and move into sole possession of third place in the SEC standings. The Tigers remained in a fifth-place tie with Georgia in the SEC race.

Jarell Martin tallied nine of his team-leading 13 points during the second half. The sophomore forward was 5-of-6 from the floor and added six rebounds. However, Martin was limited to 24 minutes of action and played with foul trouble for a majority of the game.

Keith Hornsby secured all 11 of his points in the first half. He extended his run to nine consecutive games in double figures. Jalyn Patterson chipped in 10 points, while Tim Quarterman picked up nine points and distributed eight assists.

Off the bench, Brian Bridgewater provided a spark with a SEC career-best nine points and a career-high six rebounds. For Bridgewater, it was the second-highest scoring output of his career only behind a 16-point performance against McNeese State earlier this season. Josh Gray tacked on four points and four assists for the Tigers.

Jordan Mickey was limited to six points, four rebounds and two blocks. It ended a run of 11 straight games in double figures for Mickey. The two blocks did allow Mickey to reach 200 for his career.

Texas A&M was fueled by Danuel House’s 20 points on 7-of-12 from the floor. Kourtney Roberson added 16 points and 11 rebounds for the Aggies.

With the score tied at 61-61 with 1:51 remaining, Roberson hit a driving layup and knocked down a foul shot for a traditional three-point play.

On LSU’s next possession, Martin split his free throws to bring LSU back to 64-62 with 1:20 left. Then, he drew a charge to get the ball back for the Tigers.

LSU was unable to connect on the game-tying shot as Patterson misfired on a 10-foot runner in the lane. After an A&M rebound, House knocked down two free throws with 20.4 seconds to go to place the Aggies ahead by two possessions.

Texas A&M added two more fouls shots to close out the six-point win. The Tigers missed on 11 of their last 12 shot attempts during the closing six minutes.

Hornsby dialed up a three-pointer from the top of the key and midrange jumper followed by a Patterson trey and a 15-foot jumper in transition to ignite the run. Bridgewater tacked on back-to-back layups, and Quarterman buried a three-ball to give LSU a 27-26 edge with 4:09 remaining.

Another Quarterman three-pointer sandwiched between Mickey and Gray layups extended the LSU advantage to 34-26 with 2:22 left. The Tigers carried a 36-31 lead into halftime and scored 17 of the game’s 23 points off of turnovers in the opening half.

LSU kept its eight-point advantage until midway through the second half. Ahead 50-42 at the 12:04 mark, A&M reeled off 12 straight points. House led the charge with eight points courtesy of a pair of jumpers and a pair of layups to vault the Aggies to a 54-50 edge with 9:12 to go.

The Tigers evened the tally at 54-54 after baskets from Bridgewater and Gray.

Up next, LSU returns home to face Florida on Saturday afternoon. Tipoff is slated for 12 p.m. from the Maravich Center, and the game will be televised by CBS.

Opening Statement…
“I thought tonight Texas A&M did a great job of executing and shooting the ball. We had a nice little deficit. I thought our guys did a good job of fighting hard and getting back. I thought in the second half we continued the battle and did a great job of holding the lead. Unfortunately, down the stretch those guys made some tough plays in the end when it counted. We didn’t score there, they took the ball inside, got to the free throw line, made plays at the basket, finished, and unfortunately we didn’t have enough to overcome it.”

On Danuel House’s night …
“I thought he got off to a tremendous start, he made some tough shots. He made that unbelievable three, almost from half court-in the first half. He spreads out your defense. We know he’s a great shooter, but he was just tough to guard for us early.”

Opening Statement…
“Great atmosphere. A tough, hard-fought NCAA tournament type game. I’m really proud of my guys for getting in the locker room, pulling themselves together, and playing with much better poise in the second half. Danuel House and Kourtney Roberson had tremendous games.”

On Kourtney Roberson’s game…
“His defense was a spark. You’re talking about LSU, one of the most explosive teams in our league offensively; 62 points may be the lowest outing they’ve had in this league. That says a lot about what he did defensively. On offense we got him the ball in the paint. Every move he made, he had an advantage and he finished.”

On defensive performance…
“To hold Jordan Mickey to six points when he plays the amount of minutes that he does shows you something about how we played on defense tonight. I think our depth wore those guys down.”

On second half run to tie up game…
“It started with my teammates passing me the ball and allowing me to play like I know I’m capable of. In order for us to get the scoring run started, it started on the defensive end. I credit everyone who got rebounds during that run in order for us to start that great run.”