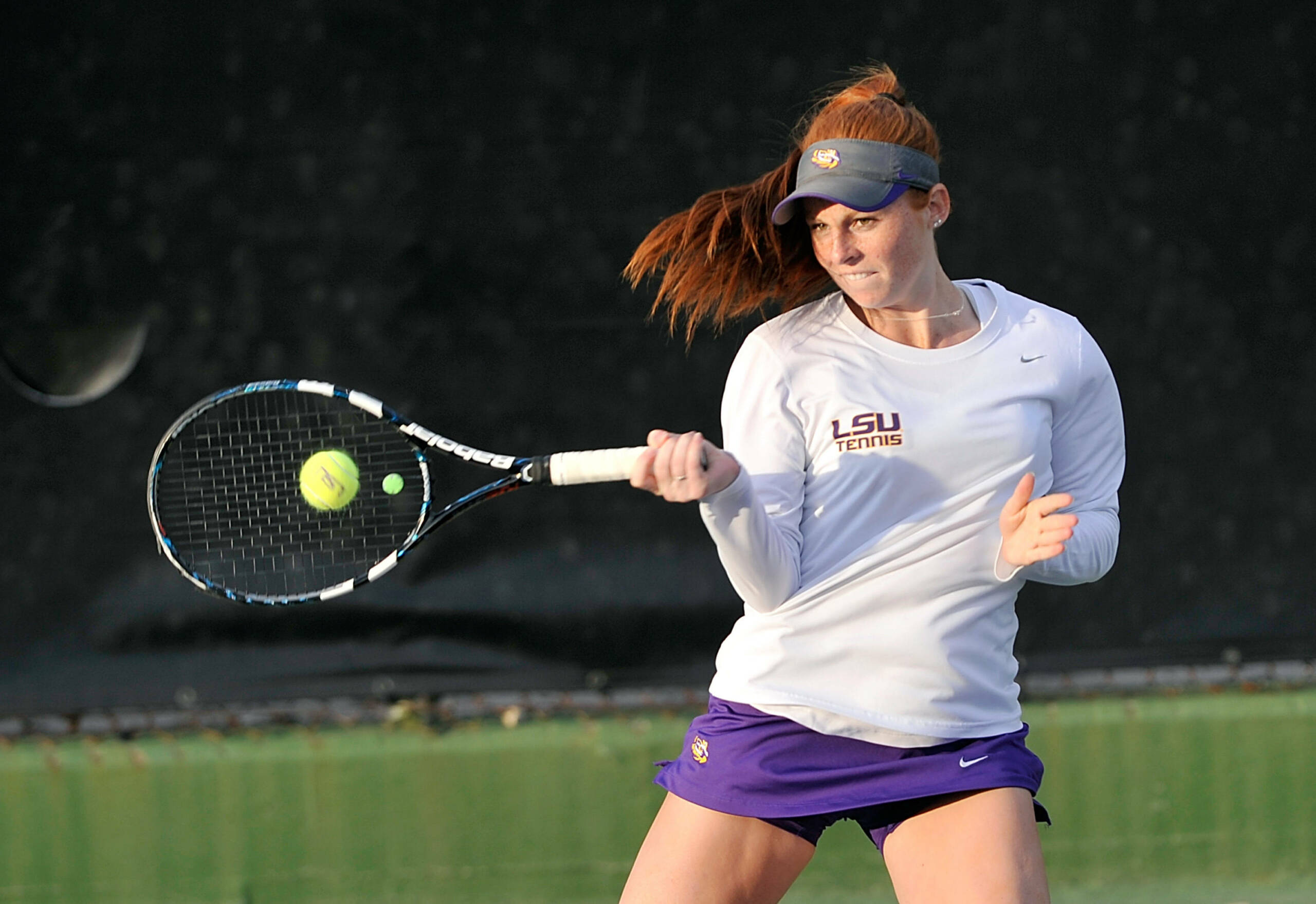 “I really liked the way we responded on Sunday,” head coach Julia S. Sell said. “I thought we came out with more purpose and really took care of business against NC State. As each match goes on I want to see them continue to improve and have better intensity. If we can do that then we’ll be in good shape.”

The Lady Tigers split this weekend’s matches. On Friday, LSU fell to Wake Forest 4-3. After winning the doubles point and two out of the first three courts in singles, LSU dropped the final three courts.

LSU bounced back in a big way on Sunday defeating North Carolina State 7-0. The Lady Tigers took two out of three doubles courts and never looked back. The matches were played on four indoor courts and LSU took the courts in two sets. In the final two matches, Ella Taylor and Skylar Holloway were pushed to the brink but sealed the sweep for LSU.

No. 87 Skylar Kuykendall is 7-1 on the year. The junior is on a four-match winning streak and remains undefeated on courts two and three.

No. 29 Joana Vale Costa has solidified her spot on court one. The sophomore is 4-1 on the year.