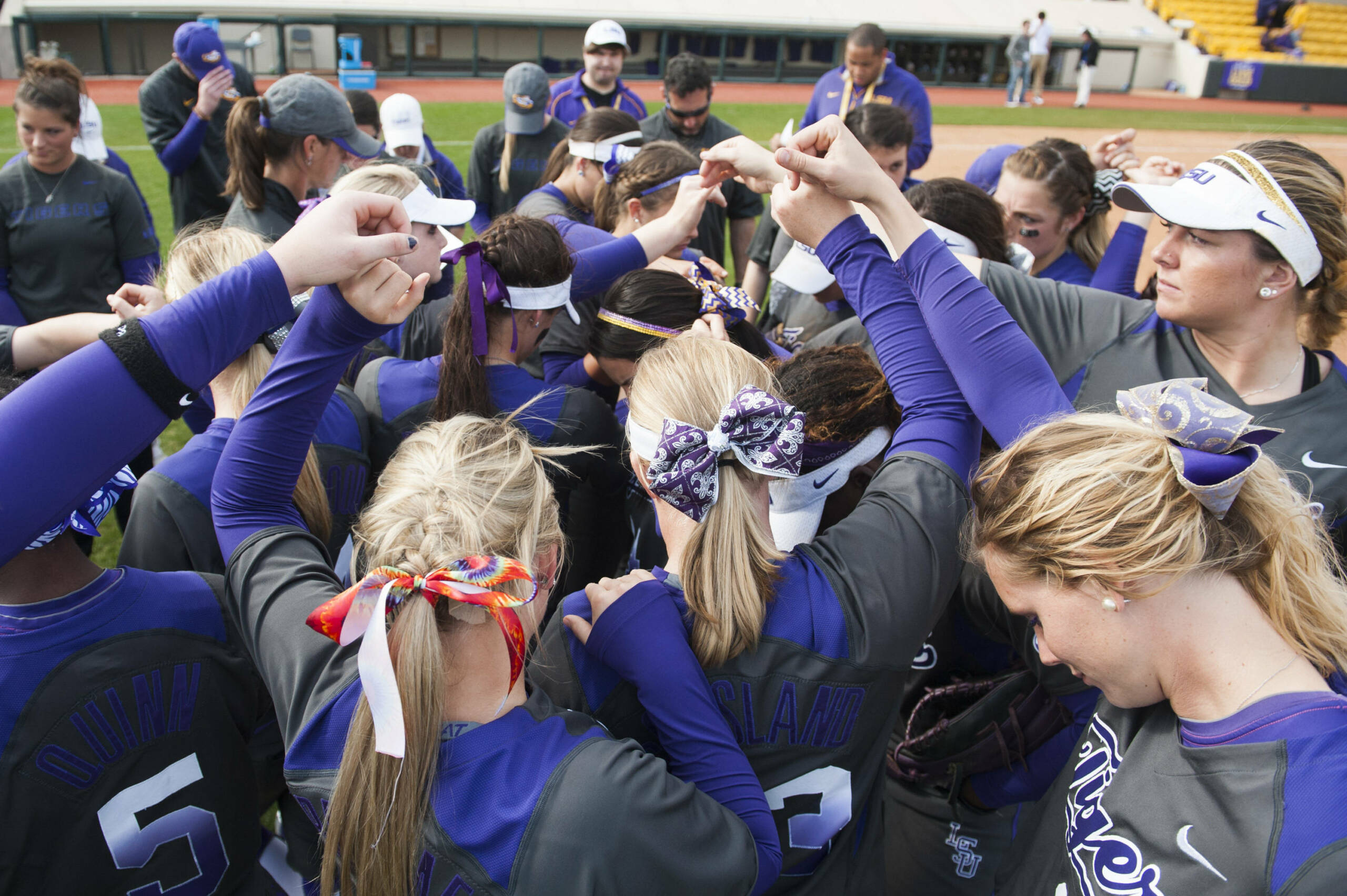 BATON ROUGE, La. – Due to expected freezing temperatures expected for later tonight, Tuesday’s softball game between the visiting Louisiana Tech Lady Techsters and the LSU Tigers at Tiger Park in Baton Rouge has been moved up to 5 p.m. it was announced.

Officials from both institutions were in contact most of the morning, including coaches Beth Torina and Mark Montgomery, and with the temp’s expected to start in the mid-40’s and drop into the 30’s midway through the contest, it was decided to move the game back an hour and start earlier.

BATON ROUGE, La. – Off to one of its best starts in eight seasons, the 16th-ranked LSU softball team returns to the field hosting the Louisiana Tech Lady Techsters at 6 p.m. at Tiger Park in Baton Rouge on Fat Tuesday.

For the first time this season, Tuesday’s game will be streamed live through SEC Network+, with Garrett Walvoord calling the action. Fans with the SEC Network and participating cable and satellite providers can watch the game live on desktops, tables and mobile phones, as well as streaming media players through the WatchESPN app.

Fans in attendance on Tuesday can pick up the 2015 LSU softball schedule magnet, as well as pick up their “Louisiana Purchase” card and have it stamped upon arrival. Fans that picked up their card this past weekend, as well as those who get them Tuesday, will receive one stamp per fan upon entry that runs through rest of the non-conference tilts against in-state opponents this season and can be redeemed at the end of the year for an LSU prize pack with each game fully stamped.

At 10-0 on the season, the Tigers take on its first midweek opponent on Tuesday in Louisiana Tech, hoping to tie one of the longest opening season winning streaks in program history as the 2007 team opened that year going 11-0. That team won 55 games that year and made it all the way to the NCAA Super Regional round while earning an SEC Western Division crown.

Hosting its second tournament of the year last weekend, LSU took on three tough opponents and came through the other side unscathed, including taking two wins over a Notre Dame team that came in ranked 20th in the nation by the NFCA. LSU also earned two wins over Hofstra and a win over Central Arkansas in the process, defending its home turf for the second consecutive week.

As a team, the Tigers have been deadly on both sides of the coin, as through 10 games LSU has outscored its opponents 63-8, while hitting .346 with 89 total hits. In the circle, the pitching staff has a combined earned run average of 0.86, with five shutouts and 37 hits allowed with 67 strikeouts.

Leading the charge this weekend at the plate was Bailey Landry, who came through in a big way on Sunday in the finale against the Irish to earn a career-high four hits and finish the weekend hitting over .500 for the weekend. Just below was Bianka Bell who nearly hit .500 herself, but crushed two more home runs to pull her within two of the all-time record and three away from holding it all alone.

Another notable weekend came from the bat of Sahvanna Jaquish, who powered home three home runs, including setting a new career-high in RBIs with six against UCA after hitting two three-run home runs in the contest.

In the circle, the story of the weekend was freshman Allie Walljasper who on Monday was named the SEC Freshman of the Week after earning two victories and capturing her first collegiate save after allowing just one run in 15 innings of work against ND and Hofstra. After four appearances on the season, the Manteca, California, native leads the team with 23 innings pitched, as she started her career with 16 shutout innings of work.

LaTech comes into the game 6-4 on the season after going 3-1 over the weekend at the February Freezer tournament at Mississippi State. The Lady Techsters have won six of their last eight games since losing the first two of the season under third-year head coach Mark Montgomery.