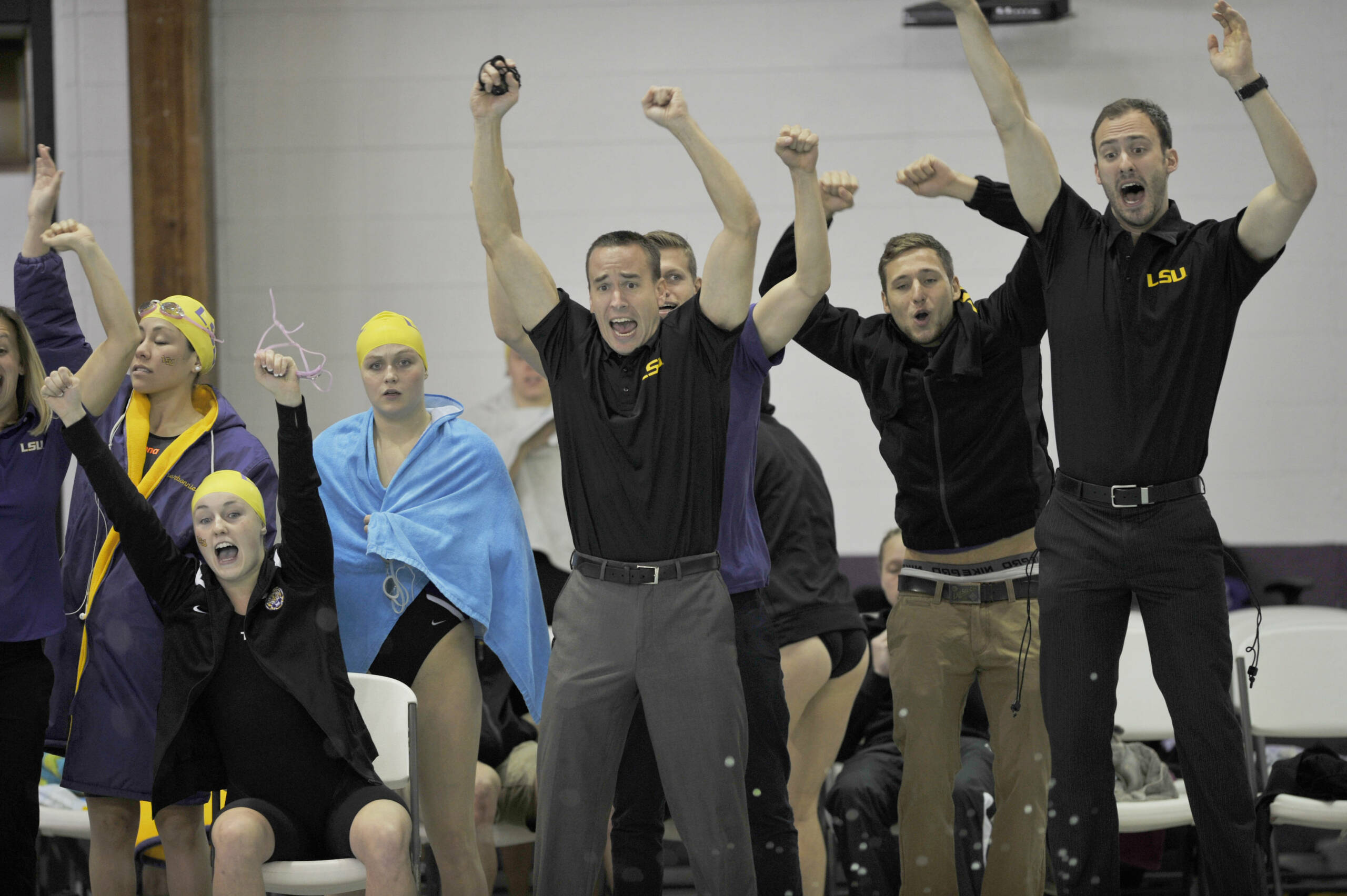 AUBURN, Ala. — The LSU Swimming and Diving team opens up the 2015 postseason Feb. 17-21 at the Southeastern Conference Championships in Auburn, Alabama.

The conference prelims begin every morning at 10 a.m. (CT). Finals for swimming events begin at 6 p.m. (CT) Wednesday-Saturdayand at 5:30 p.m. CT on Tuesday.

Live results can be found at www.AuburnTigers.com/livestats/c-swim throughout the week. Live video of prelims and finals will be available on SECNetwork+ (Watch ESPN) each day.

“We are excited for the most competitive conference championship in the country,” LSU swimming coach Dave Geyer said. “Our coaching staff feels like our athletes are ready to go. We can sense a little more buzz and excitement on the pool deck. I think we are going to go in there and open some eyes and put ourselves in a great position for NCAA Championships.”

The 20th-ranked LSU women’s team is 7-4 on the year and led by Amber Carter, Kara Kopcso, Caley Oquist as well as divers Alex Bettridge and Cassie Weil. The Lady Tigers are looking to improve off their seventh-place finish at last year’s championships.

Kopcso has dominated the fly events this season. The sophomore has wins in at least one fly event in meets against No. 4 Texas A&M, No. 7 Auburn, No. 8 Florida, and No. 10 Tennessee.
In the final meet of the season, the Mandeville, Louisiana native set three pool records. Kopcso also added her name to the record books with the fastest 400 IM time in school history at the midseason meet.

Carter, who is the women’s team captain, has already set a career high this season and improved her status on LSU’s top time list. The senior set a best time in the prelims of the 50 free and finished second in the championship final of the 100 fly at the Art Adamson Invitational.

Oquist burst on to the scene for the Lady Tigers at last year’s SEC Championships. The now junior set two school records last season and set another one this season in the 200 IM.

Freshman Madison Sthamann also has added depth to the Lady Tiger divers. Sthamann took home the win on platform at the Art Adamson Invitational with the second-highest score in LSU Diving history.

“I’m just really excited about where we are,” LSU diving coach Doug Shaffer said. “We’ve trained so hard in and out of the pool. Our spirit, dedication and focus has been on this part of the season. Now it’s time for the reward part of the season and let the hard work and dedication come through. It’s a special group that is coming and they have high goals.”

The LSU men are looking to improve off a ninth-place finish at last season’s SEC Championships. Frank Greeff, Brandon Goldman, Silas Dejean and Daniel Helm lead the way for the Tigers.

Greeff looks to medal in his final conference championships. The senior hasn’t finished worst than fourth in an individual event during a dual meet all season. Greeff also added a sixth-place finish in the 200 IM, fifth in the 200 fly and second in the 100 fly at the Art Adamson Invitational. The senior reached the championship finals of both fly events at SEC’s last year.

Goldman and Dejean have continued to improve since last season’s SEC Championships. Dejean finished second in the championship final of the 100 breast at the Art Adamson Invitational. The Opelousas, Louisiana native also finished in the top-three in the breaststroke events during the season.