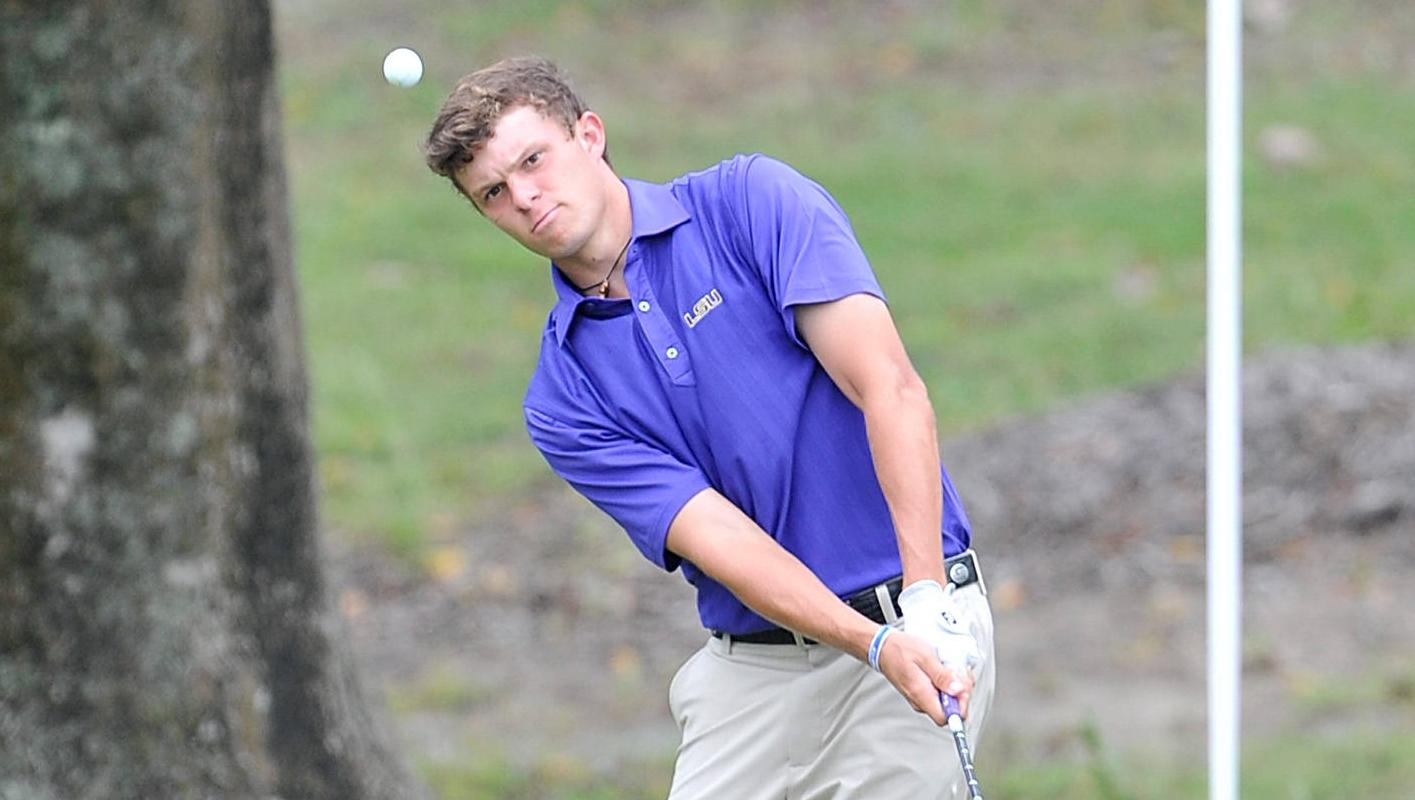 LA QUINTA, Calif. – In his debut round for the Tigers during the 2014-15 season, sophomore Brandon Pierce carded four birdies on the front nine en route to a bogey-free round of 4-under par 68 in Monday’s opener at the 16th-annual Prestige at PGA West to lead the No. 4-ranked LSU Men’s Golf team into a tie for fifth place at the Jack Nicklaus Course at PGA West.

Pierce opened his day with a birdie at the par-four first hole and never looked back as he later followed with consecutive birdies at the par-four sixth, par-five seventh and par-three eighth holes while firing a strong 4-under 32 on the front nine. While making par on each hole on the back nine, Pierce fired a career-low score of 4-under 68 to finish the day in a tie for fourth place on the leaderboard.

That performance helped lead the fourth-ranked Tigers into a four-way tie for fifth place in the 14-team field with a 4-under par 284 opening round on Monday to kick start their 2015 spring season.

Scotland’s Stirling University jumped out to an early three-shot lead in the race for the team championship with a brilliant team score of 12-under par 276. No. 15-ranked Arizona State followed three shots back with its 9-under par, while No. 24-ranked Oklahoma State ended the day in third place at 8-under par 280 and No. 4-ranked Southern California trailed in fourth place at 5-under par 283 on the day.

The Tigers will tee off in Tuesday’s second round in a four-way tie for fifth place in the team race as they matched No. 14-ranked Texas Tech, No. 16-ranked UCLA and San Diego State with scores of 4-under par 284.

After sitting out the 2014 fall season while nursing a back injury, Pierce has come out firing to open the 2015 spring season as he finds himself just two shots off the pace set by Arizona State’s Jon Rahm, who concluded Monday’s action with a round of 6-under par 66 at the Jack Nicklaus Course. Oklahoma State’s Zachary Olsen and Washington’s Corey Pereira trailed by a shot with matching scores of 5-under par 67.

Pierce eclipsed his previous career-low round by two shots when he opened the 2014 Louisiana Classics last spring with a score of 2-under par 70 in the first round en route to capturing his first career top-10 finish as an LSU Tiger. It was the highlight of his freshman season when he also carded a career-low tournament score of 2-under 214 to tie for ninth place on the final leaderboard.

Sophomore teammate Eric Ricard also broke par in Monday’s opening round at The Prestige at PGA West as he fired a 1-under 71 to finish the day in a tie for 25th place overall. Like Pierce, Ricard started his round with a birdie at the par-four first hole before dropping to 2-under par on his round with a birdie at the par-five 11th hole and giving one back with his lone bogey of the day at the par-four 16th hole for a 1-under par 71.

It marked the sixth time this season for Ricard to card a score of par or better, including his third-straight round under par dating back to the second round at the U.S. Collegiate Championship in the fall.

Senior Myles Lewis carded four birdies, one bogey and one triple bogey for his round to finish at even-par 72 to tie for 30th place on the day, while fellow senior Ben Taylor added a score of 1-over 71 toward LSU’s team total to wrap up the opening round in a tie for 38th place in the individual standings. Freshman Blake Caldwell rounded out the lineup with a round of 9-over 81 to finish in 77th place.

The Tigers are paired with Texas Tech and Washington in Tuesday’s second round at the 16th-annual Prestige at PGA West as they will tee off in the first wave off the front nine beginning at 9:30 a.m. CT. Golfstat will be providing live scoring in the second and third rounds of the tournament as fans can follow the Tigers in action by logging on to http://www.golfstat.com.