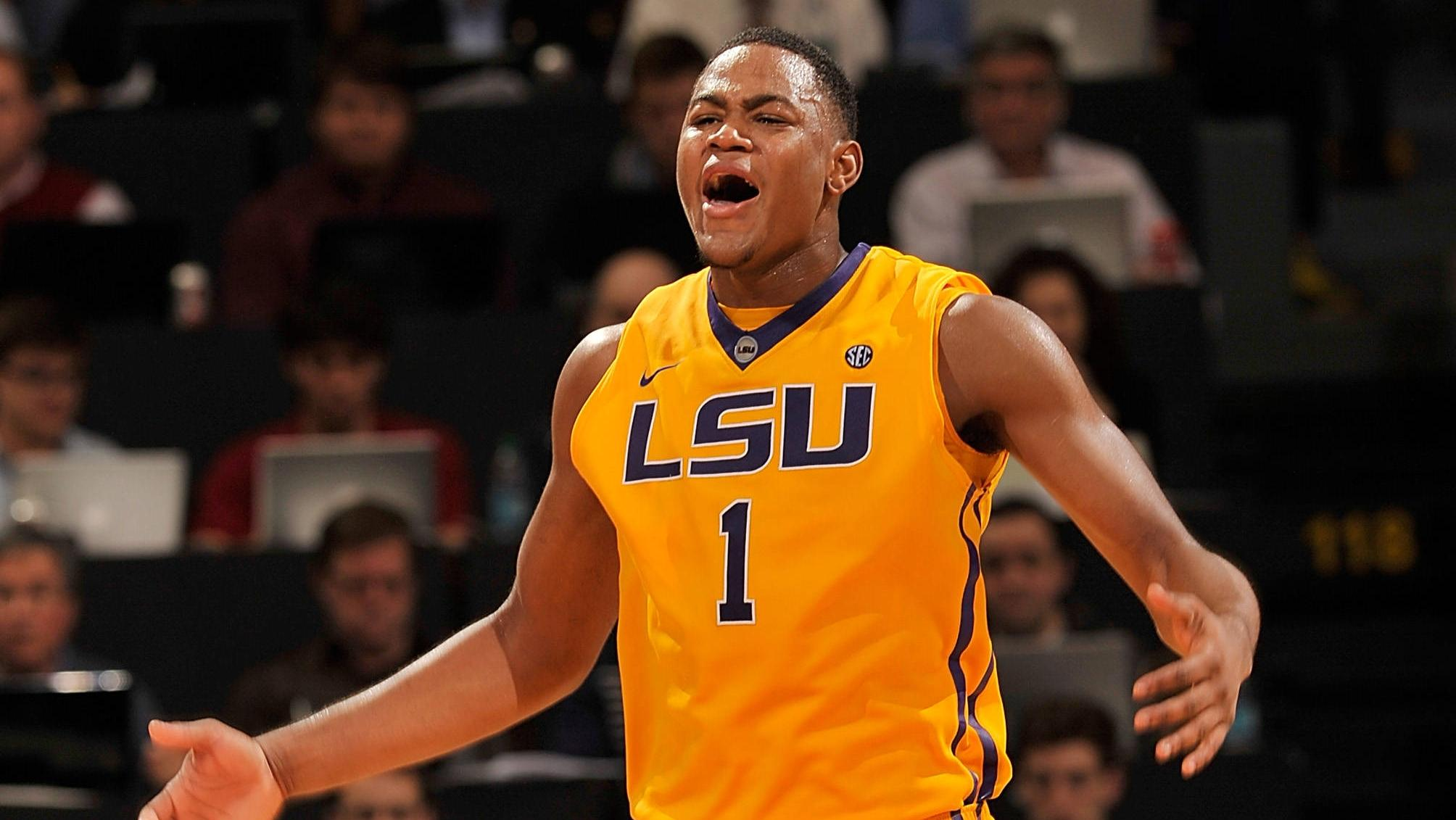 COLLEGE STATION, Texas – The LSU Tigers and Texas A&M Aggies, both coming off important wins this past Saturday, will meet with late-season momentum on the line when they gather here Tuesday at 8 p.m. at Reed Arena.

The contest will be televised by the SEC Network with Dave Neal and Darrin Horn on the call, with the radio call of the game available in the Geaux Zone at LSUsports.net and the affiliates of the LSU Sports Radio Network with Jim Hawthorne, Ricky Blanton and host Kevin Ford.

A&M enters the week tied with Ole Miss for third at 8-4, while LSU is tied with Georgia for fifth at 7-5.

Against Tennessee, LSU shot 64 percent in the first 20 minutes, hitting 16-of-25 shots, including 7-of-10 three-pointers in building a 47-20 halftime advantage, the biggest lead LSU has had in any road game going back to the 1975-76 season. Jordan Mickey had his 15th double double of the season with 20 points and 11 rebounds to go with seven blocks. Keith Hornsby added 16 points and a season high seven assists, while Tim Quarterman had 13 points and six assists.

Kourtney Roberson had 20 points, hitting 8-of-10 field goals, with Jalen Jones getting 16 and Danuel House 14 for A&M in their win.

The teams are meeting for the second time this year with LSU looking to get revenge for a loss at the Maravich Center last month when LSU lost a 40-32 halftime lead. House and Jones both had 18 points in the 67-64 A&M victory while Mickey had 17 points, Jalyn Patterson 13 and Jarell Martin 12.

Coach Johnny Jones met with the media prior to the team’s departure for the contest. Here are some of his comments:

Opening Statement
“After a good weekend, we are looking at another great challenge against a very tough team in Texas A&M who is one of the teams that is sitting in the top tier of our league. They’ve played well all year long. We played them earlier this year in a very tough and tight contested game. Both teams, I feel, have improved and have gotten better. It will be a very challenging game for us tomorrow night.”

On playing Texas A&M for the second time…
“I think primarily both teams will stick to the things that they do and their philosophy and the things that they trust in. I think there will certainly be some wrinkles. The body of what people will do offensively and defensively will certainly be the same. I think it’s just a matter of being able to execute, be it on the offensive end of the floor making your plays or defensively with what you are doing against your opponent. In both of those instances, I think it’s important you try and hope that offensively you are able to dominate what they are doing defensively and vice versa that your defense is able to dominate and constrain and control what they are trying to do offensively.”

On the miscues that happened in the second half against Texas A&M earlier this season…
“I thought we were our own worst enemy there in the middle part of the second half. We were sitting on about an eight, 10 point lead. We took some ill-advised shots early in the shot clock, shots we can probably get later in the clock. We didn’t get paint touches. We missed those shots, and they got a couple of really good run outs in transition. We were doing a good job on the defensive end of the floor when we had our defense set. They had a couple of easy scoring opportunities. Then, we allowed them to get back in the game. They made a couple of huge threes there late. We failed to execute a couple of layups or a couple of short midrange shots. We didn’t do a great job of managing and taking care of the basketball and taking the right shots when we needed to. They did a good job of executing when they needed to down the stretch.”

On the differences of the teams since the last time they met in January…
“I think offensively our flow, we are hopeful our decision making has been better for us. Defensively, I think we are a better defensive team at times in terms of understanding our rotations, where we need to be and dealing with opposing teams’ action and what they run offensively. We are making sure we are releasing in the right spots to help rebounding. They out-rebounded us, and I think they had some key offensive rebounds against us when Jordan (Mickey) was rotating over trying to block shots and some put backs in that game as well. We have to do a better job.”

On Tim Quarterman…
“I think Tim’s at his best when he’s a playmaker for us and just allows his offense to come. He’s been really good at that and just making plays. He has other teammates that are really good at making shots and making plays. When he sets them up, I think he’s most effective. There are times in the game when Tim gets good looks, and he makes shots. When he’s out there defending, playing with the energy level that he plays with and not pacing himself being in a new role and the number of minutes, it makes it a little bit tougher for him to expend that type of energy all of the time out there. You are trying to find him some time to rest. I thought that’s when he’s most effective when he’s able to play that way. We have to try to find slots and spots to rest him, so he can.”

On Brian Bridgewater‘s minutes during the Tennessee game…
“Jarell (Martin) got in foul trouble as well. The size of their guys, (Tennessee wasn’t) a very tall team. They are like 6-foot-6, 6-foot-8 in the post. I thought that was a good matchup for Brian Bridgewater. I thought he came in and did a really good job with the minutes he played for us on both ends of the floor.”

On the defensive strategy guarding Texas A&M’s Danuel House and Jalen Jones …
“It’s probably going to have to be by committee for us. Both of those guys are good offensive players, and both of them are skilled. More so, both of them are really experienced. They count on them, and they go to them a lot. Both of them play with a great deal of confidence. We’re going to have to certainly send several bodies at them and give them different looks defensively. Hopefully, they don’t get into a comfortable rhythm against us.”

On Jalyn Patterson‘s contributions to the team …
“It’s a process for him. You’re excited when guys recognize that they’ve done some good things, but it’s still a process for him. It’ll probably be another year and a half before he can grasp everything that he needs to. What he has done has really impacted our team because of his court awareness and his poise out there on the floor. As confident as he is, he makes the right passes. He doesn’t turn the ball over, he’s taken care of the ball and he’s hit some huge shots for us. He’s made some plays at the right time, and he’s really stretches the floor. Defensively, he’s done some good things for us as well. He certainly has room where he’s going to continue to grow, and we’re excited about it. We think with his basketball IQ, it helps us.”