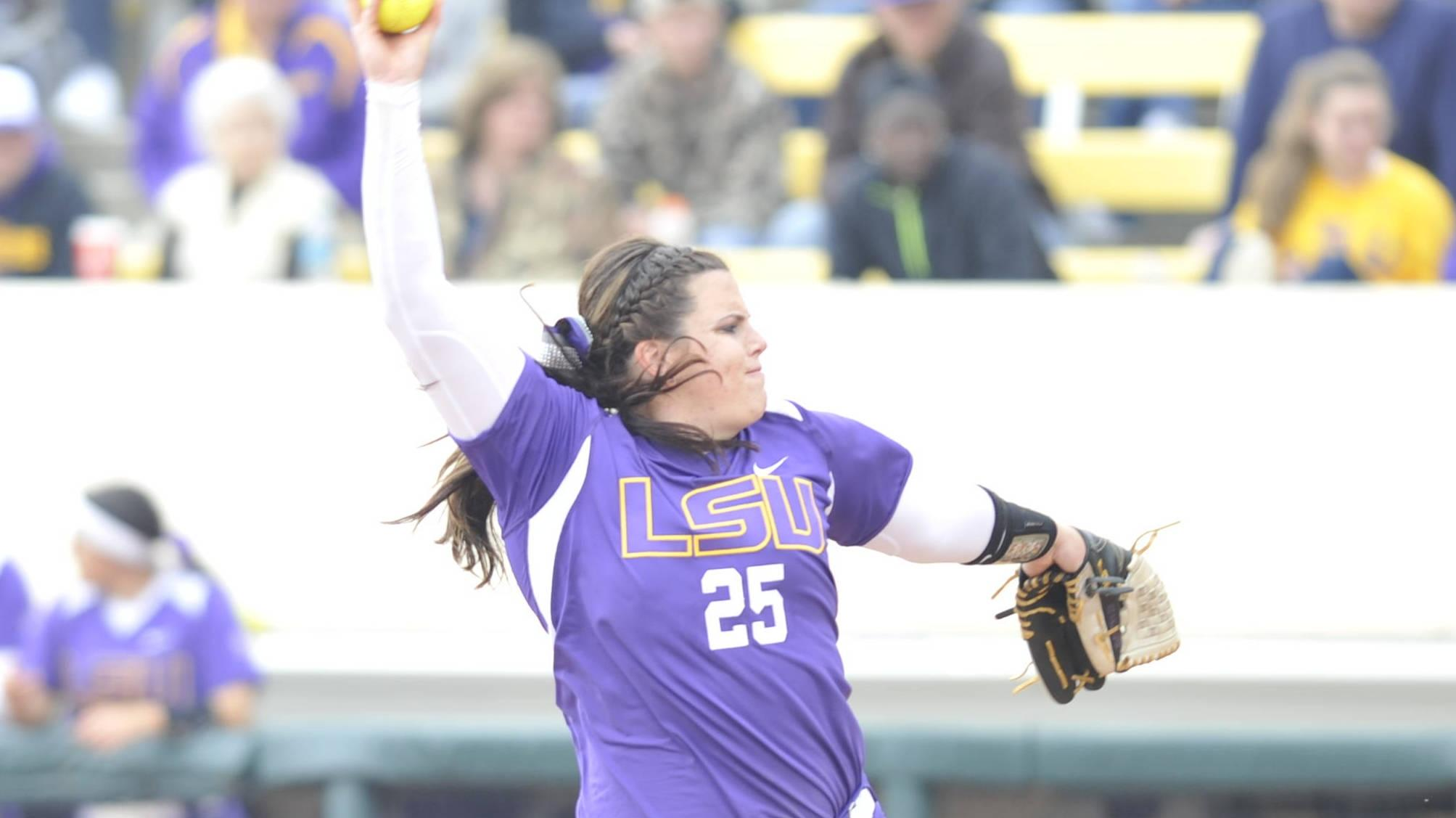 BATON ROUGE, La. – LSU pitcher Allie Walljasper was named the SEC Softball Freshman of the Week the league announced today, the first for an LSU Tiger this season.

Walljasper becomes the ninth player in team history to be named the league’s freshman of the week, and the ninth selection overall, joining fellow teammates Bianka Bell, Baylee Corbello and Sahvanna Jaquish who have won the award previously currently on the roster.

The 6-2 right-handed pitcher from Manteca, California, earned two complete game wins and was credited with her first collegiate save in helping the team to its 10-0 start with a clean sweep of opponents at the Tiger Invitational over the weekend. In 16 total innings Walljasper allowed just one run after nine innings of shutout work in the first two appearances, while walking none and striking out 10 in holding an opponent batting average of .172 against Hofstra and No. 20 Notre Dame.

She tossed her second consecutive shutout in the opener against Hofstra while striking out five and retiring the first 11 batters she faced in order. The next day, she entered the game in the sixth against the Fighting Irish with the game-tying run on base, getting out of that inning while pitching the seventh to earn the save. Although her overall season shutout streak ended at 16 innings in the finale on Sunday, she held the Irish scoreless for the remainder of the tournament finale, retiring the side in three of the seven innings.

LSU will be back in action on Tuesday, hosting Louisiana Tech at 6 p.m. in Tiger Park. The game will be streamed live online on SEC Network+ through WatchESPN.