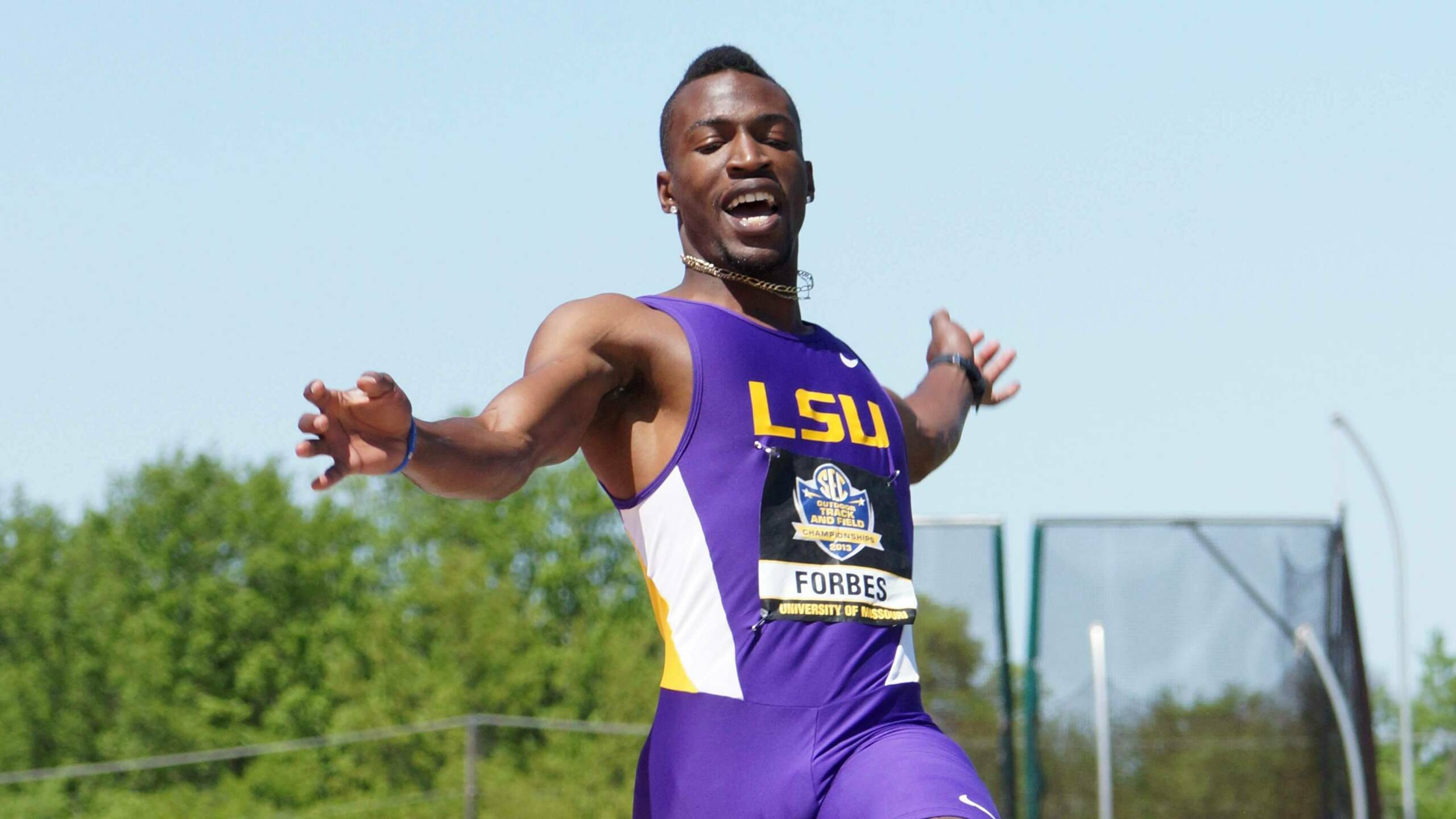 Forbes soared to an indoor seasonal best of 26 feet, 4 ¼ inches to win the USMC Men’s Long Jump, while Stowers smashed her personal record with a time of 7.92 seconds for the second spot in the Howard Schmertz Women’s 60-Meter Hurdles and Lipsey raced to an indoor PR of 2 minutes, 2.05 seconds to finish runner-up in the EmblemHealth Women’s 800 Meters.

Stowers was the first to compete at the famed 168th Street Armory in New York as she blistered the track with a 7.92 PR, only to be edged at the finish line by the winning run of 7.91 by Sharika Nelvis.

The race proved to be a rematch of the women’s 60-meter hurdles final at the 2014 NCAA Division I Indoor Track & Field Championships when Nelvis, formerly of Arkansas State, leaned to the national championship in a winning time of 7.93 to edge Stowers at the tape by just one one-hundredth of a second. Stowers’ run of 7.94 in the NCAA final a year ago won her a second-straight NCAA Indoor bronze medal and fourth career All-America honor indoors while being adjusted for altitude to LSU’s indoor school record of 7.96 in the event.

By clocking a personal best of 7.92 in Saturday’s competition, Stowers emerged as the third-fastest hurdler worldwide for the 2015 indoor season with Alina Talay of Belarus holding the top spot with a time of 7.88.

Both Forbes and Lipsey also cracked the Top 10 of the 2015 World rankings with their performance Saturday afternoon as Forbes became the No. 9-ranked men’s long jumper worldwide with his winning leap of 26-4 ¼, and Lipsey emerged as the No. 9-ranked women’s 800-meter runner globally with her time of 2:02.05 to finish runner-up in her event.

Forbes, the 2013 SEC Outdoor and NCAA Outdoor champion in the long jump during his senior season with the Tigers, took control of the USMC Men’s Long Jump in the fifth round when he soared to a season’s best in 26-4 ¼ to take the title by the narrowest of margins over former Florida star Will Claye. Forbes finished just one centimeter clear of his former SEC rival as Claye scored the silver at 26-3 ¾.

Although Lipsey held a narrow one-tenth-of-a-second lead through three laps in the EmblemHealth Women’s 800 Meters, she was edged at the finish line by fellow adidas athlete Ajee’ Wilson for the win. Wilson took the title in 2:01.57 followed by Lipsey in second place with an indoor PR of 2:02.05. Former Lady Tiger national champion LaTavia Thomas also featured in the race, taking fourth place with a time of 2:03.12.