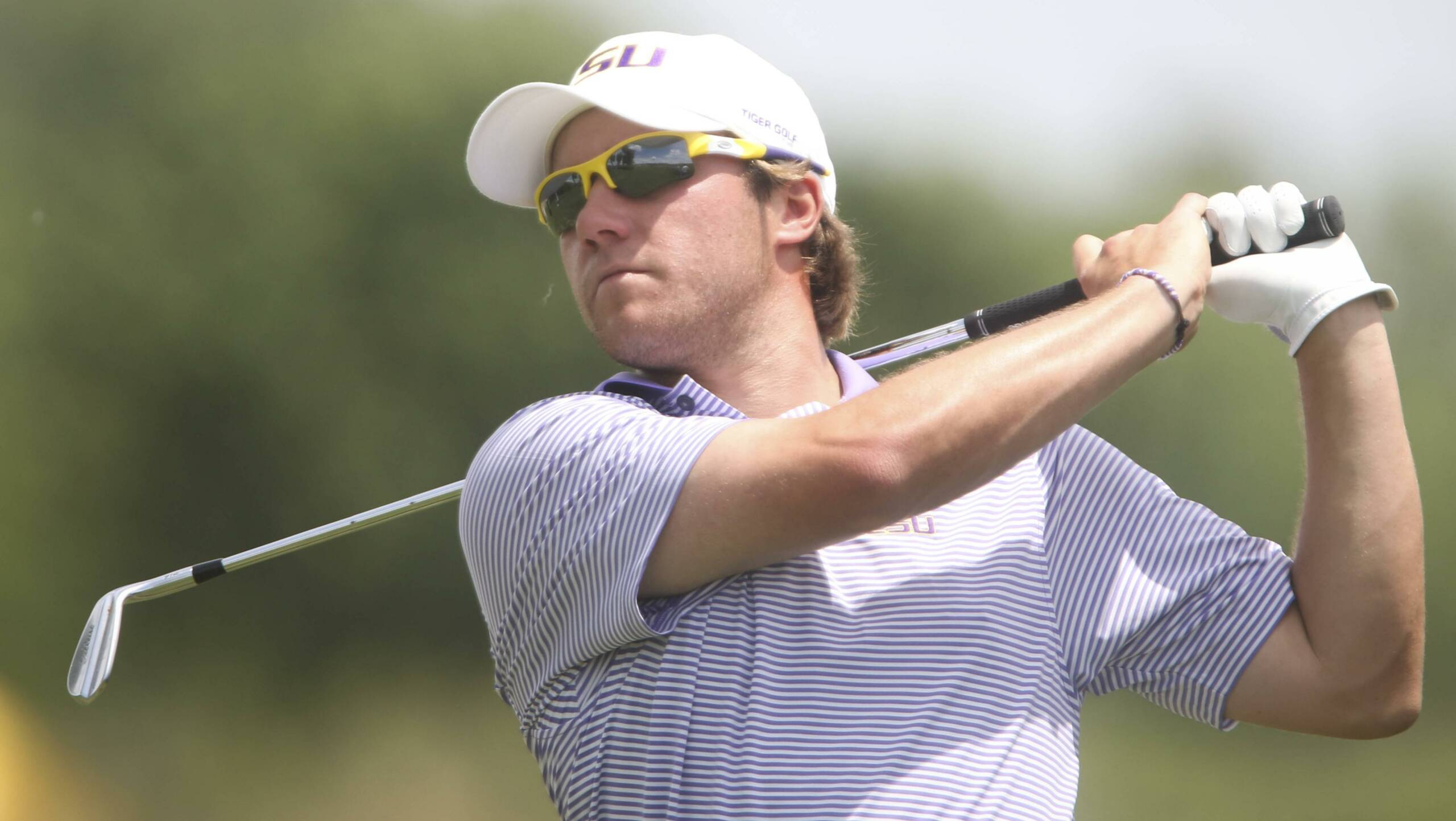 BATON ROUGE – The Jack Nicklaus Tournament Course at PGA West is the site of one of the premier events of the collegiate season as the No. 4-ranked LSU Tigers have made the trip West to La Quinta, California, to kick off their 2015 spring season as part of an elite 14-team field at the 16th-annual Prestige at PGA West that begins with Monday’s opening round.

The three-day, 54-hole championship continues with Tuesday’s second round and Wednesday’s final round as the Jack Nicklaus Tournament Course will play to a par 72 and 7,204 yards for the week.

In a tournament co-hosted by Stanford and UC-Davis, this year’s Prestige at PGA West has moved to the Jack Nicklaus Tournament Course from the Greg  Norman Course where it has been held in recent seasons. The Jack Nicklaus course shares bi-annual hosting duties for the PGA TOUR’s final round of Q-School, among other events throughout the year.

The Tigers are ready to resume their campaign in the wake of a great 2014 fall season in which they captured a pair of team championships at the Golfweek Conference Challenge at Spirit Hollow Golf Club in Burlington, Iowa, and the David Toms Intercollegiate held on their home course at the University Club in Baton Rouge.

After wrapping up the fall with an impressive third-place finish at the U.S. Collegiate Championship held at The Golf Club of Georgia in Alpharetta, the Tigers cracked the Top 10 of the national rankings for their effort at No. 4 nationally by Golfweek and No. 8 nationally by Golfstat as one of the SEC’s leading programs and elite teams in all of college golf once again in 2014-15.

LSU joins a 14-team field at the 16th-annual Prestige at PGA West that also includes eight other programs ranked among the nation’s Top 25 in the current Golfstat power rankings to start the spring season. LSU will join the likes of No. 2 Oregon, No. 4 Southern California, No. 14 Texas Tech, No. 15 Arizona State, No. 16 UCLA, No. 17 Washington, No. 20 Stanford and No. 24 Oklahoma State. Rounding out an exceptional field this week is Gonzaga, Pepperdine, San Diego State, UC-Davis and Scotland’s Stirling University.

Stanford is the defending tournament champion after scoring a two-shot victory over Washington a year ago at 21-under par 831, while Cardinal All-American Patrick Rodgers won the individual title at 9-under 204.

The Tigers make their return to The Prestige at PGA West to open their 2015 spring season after making their tournament debut a year ago with a respectable fourth-place team finish while firing a 6-under 846 in three rounds at the Greg Norman Course. Two Tiger All-Americans also cracked the Top 10 individually as Curtis Thompson tied for fourth at 6-under 207 and Ben Taylor tied for seventh at 4-under 209.

Taylor makes his return to lead the squad into the spring season after wrapping up the fall as Golfstat’s No. 61-ranked player in college golf and the team’s leading scorer with a 71.75 scoring average on the year.

LSU’s All-American from Leatherhead, England, captured his first NCAA Division I title with the Tigers at the David Toms Intercollegiate back in the fall, while also tying for fifth place on the leaderboard for the Golfweek Conference Challenge in helping to lead the Tigers to their two team titles already this season. Seven of Taylor’s 12 rounds have been at par or better to also lead the LSU squad.

Rounding out LSU’s lineup are fellow senior Myles Lewis, sophomores Brandon Pierce and Eric Ricard and freshman Blake Caldwell. Ricard appeared in all four fall tournaments, posting a 73.0 scoring average and taking home a career-best finish of second place at the Golfweek Conference Challenge with a career-low score of 5-under par 211. Lewis averages 74.67 strokes per round in two starts, while Caldwell averages 76.13 strokes per round in three starts and Pierce makes his first tournament appearance for the 2014-15 season.

After opening up their 2015 spring season at The Prestige at PGA West this week, the Tigers will follow with a return trip to Cabo San Lucas, Mexico, to compete at this year’s Querencia Cabo Collegiate that is set to run from March 1-3 at Querencia Golf Club. Golfstat will feature live scoring of The Prestige at PGA West as fans can follow the Tigers in action by logging on to http://www.golfstat.com.