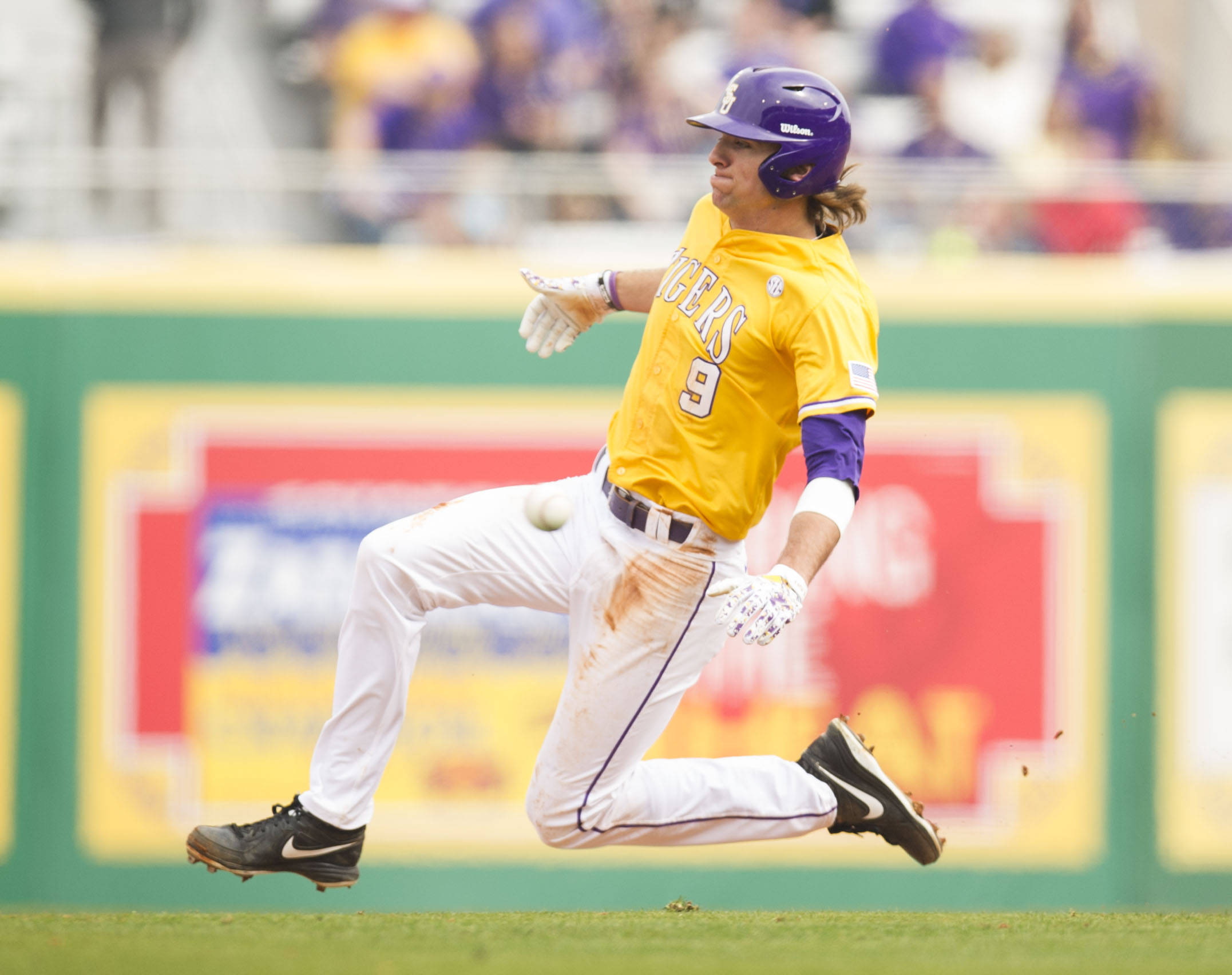 The Tigers return to action Wednesday with a home game against Nicholls at 6:30 p.m. Freshman right-hander Doug Norman is scheduled to get his first start on the mound in the midweek contest. The game will be streamed live on SEC Network+ through Watch ESPN and the WatchESPN app.

The LSU-Nicholls game can also be heard live in the GeauxZone at www.LSUsports.net and on WTGE 100.7 FM in Baton Rouge.

Junior southpaw Hunter Devall (1-0) earned the win for the Tigers and the fifth of his career. Devall entered in relief of sophomore Russell Reynolds, pitching one-third of an inning and throwing only one pitch to escape a bases-loaded jam in the top of the sixth.

Freshman Jesse Stallings earned his second save Sunday after firing 12 pitches with one strikeout in the ninth inning.

“I told the players that a baseball game doesn’t always follow the script,” said LSU coach Paul Mainieri. “We had some defensive lapses that caused us to fall behind, but our players stayed together and overcame those early obstacles. I’m very proud of the way our guys performed all weekend to earn three significant victories against a Kansas team that went deep into an NCAA Regional last season.

“I was especially pleased with the way our freshmen played in their first games in this type of environment. I thought they showed a lot of poise and made several key contributions for us. We were able to give playing time to nearly the entire roster, and overall this weekend was a very good start to the season.”

In the bottom of the first, right fielder Mark Laird collected his first base hit of the season. After stealing second and third, the junior scored on a ground out by second baseman Conner Hale to give LSU a 1-0 lead.

Kansas was looking for redemption in the top of the second, and in the first at bat of the inning, Michael Tinsley reached first by drawing a base on balls. Capitalizing on a throwing error by LSU third baseman Bryce Jordan, Tinsley scored and right fielder Dakota Smith advanced to second. With one out, third baseman Matt McLaughlin reached on a fielder’s choice, and Smith scored on a wild pitch by Godfrey.

First baseman Blair Beck hit his first home run of the season off of Godfrey in the top of the fourth, bringing the Jayhawks to a 3-1 lead.

After failing to score a run with the bases loaded in the bottom of the fourth, LSU came back to score two runs in the bottom of the fifth. Designated hitter Chris Sciambra walked to begin the fifth and Laird followed with a single. Both runners advanced on a wild pitch by Kansas starting pitcher Sean Rackoski. Bregman’s sacrifice fly ball to right field scored Sciambra. Hale followed with an RBI single to right field to tie the game at 3-3.

In the top of the sixth, with runners on second and third, McLaughlin gave Kansas a 4-3 lead after a fielding error by Bregman. Devall came in to relieve Reynolds with the bases loaded, and center fielder Andrew Stevenson made a diving catch to end the Jayhawks’ threat.

LSU exploded for four runs in the sixth to grab a 7-4 lead. After Jake Fraley singled and Bryce Jordan reached on a walk, Sciambra hit an RBI single through the right side to tie the game. Laird followed with an RBI single to score pinch runner Jared Foster.

With runners on second and third, Hale collected his third RBI of the afternoon with a single to score Sciambra. First baseman Chris Chinea followed with a two-out RBI single to give the Tigers the 7-4 advantage.

Hale finished 3-for-4 at the plate with three RBI, while Laird was 3-for-5 with one RBI and three runs scored. Chinea and Sciambra each had two hits and one RBI.

Kansas reliever Sam Gilbert (0-1) was charged with the loss as  he surrendered four runs on three hits in 1.1 innings with one walk and no strikeouts.