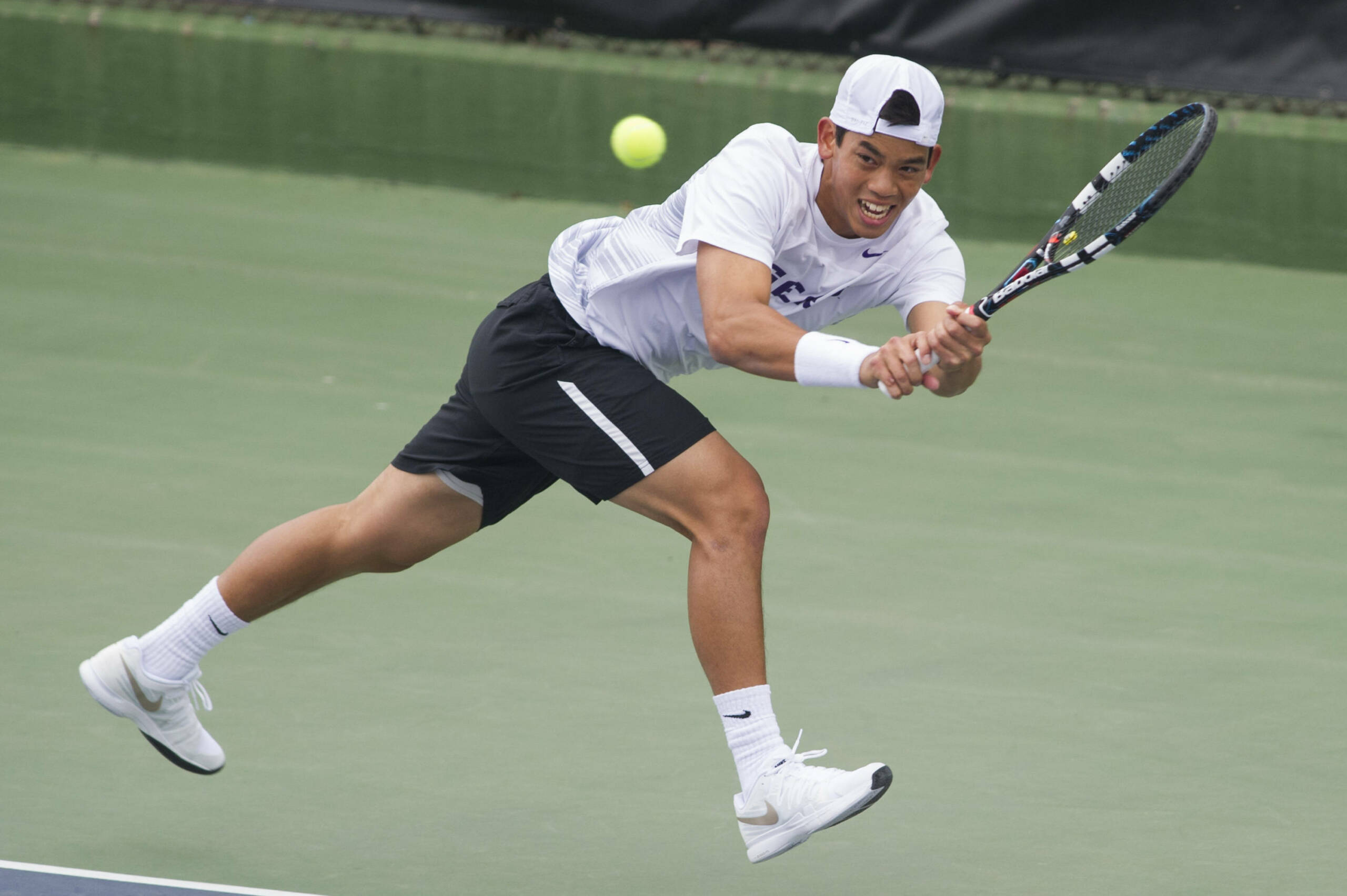 After LSU secured the doubles point for the eighth time this season, Butsch, Daigle and Trinh made quick work of their opponents as they all won in straight sets to clinch four match points and the victory for LSU.

“The doubles point was important for us to set the tone,” said head coach Jeff Brown. “In singles, Jordan, Tam and Justin stepped up and got us the four points we needed quickly which allowed the rest of the guys to focus on their performance.”

Junior Boris Arias and senior Chris Simpson went on to clinch their matches and secure the final score at 6-1 for the Tigers.

Sunday also marked a return to the court for injured junior Andrew Korinek who held down court four for the Tigers. Despite not getting the win, coach Brown was happy to see him bounce back from a 0-6 loss in the first set to force an eventual third set.

“Andrew did great physically and it is great to have him back,” Brown said. “His opponent was on fire early and I was happy to see him force the third set. He is one of our spiritual leaders on this team.”

With the win, LSU has not lost since the beginning of their home stand on Jan. 31 against Purdue. Coach Brown said the energy brought by the fans in each match has been infectious and carries onto the court for his team.

The Tigers will look to close their non-conference schedule on a strong note when they face in-state rival Tulane on Sun. Feb. 22 at 2:30 in Baton Rouge. The Green Wave are lead by the No. 5 ranked singles player in junior Dominik Koepfer.

“It has been very good to play at home in front of our fans,” Brown said. “Tulane has a very strong lineup including the No. 5 ranked player in the country. They will not be sneaking up on us.”