Men's Basketball Bounces Back at Tennessee, 73-55 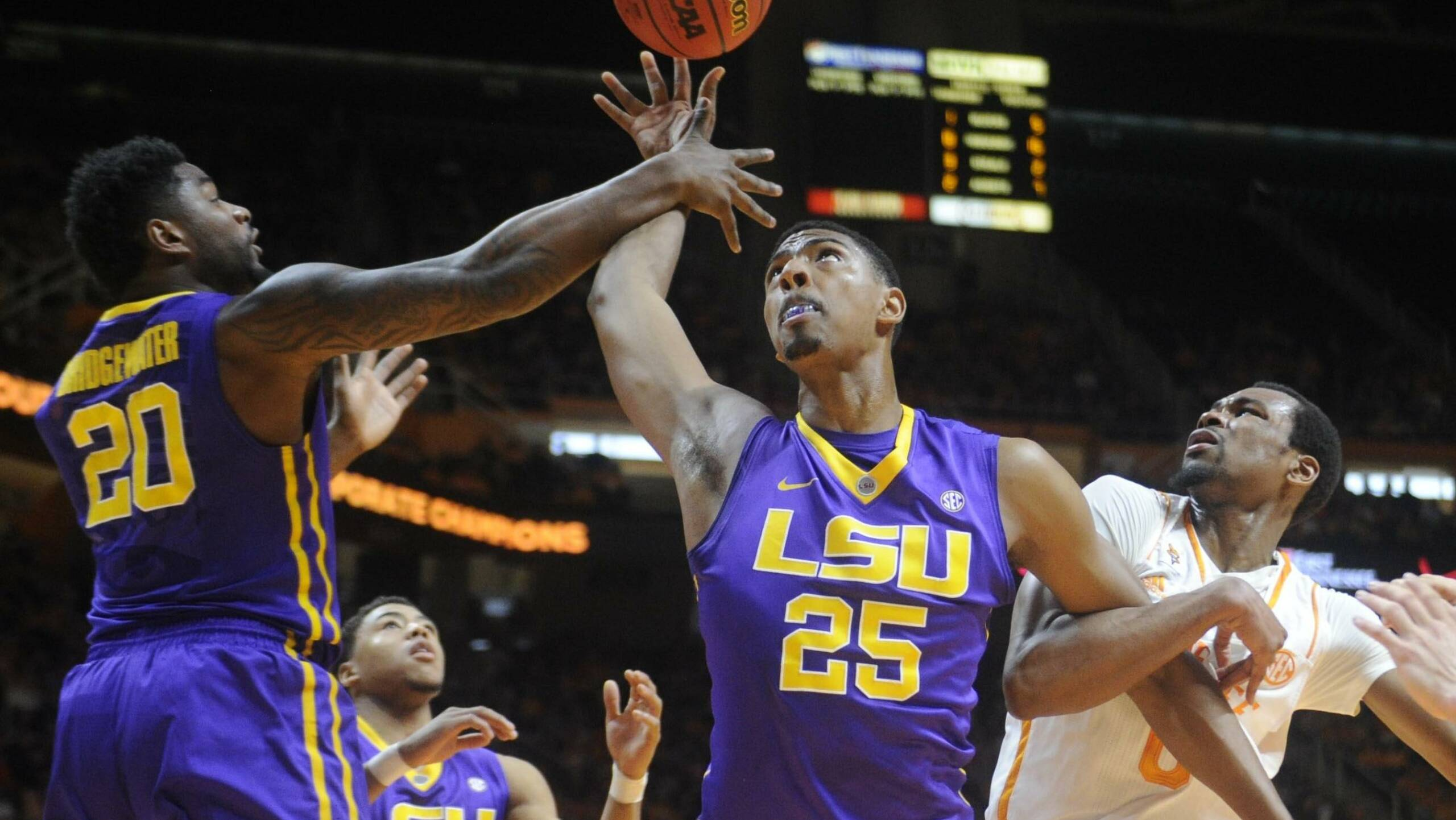 KNOXVILLE, Tenn. – Jordan Mickey racked up his ninth 20-point performance on the season as the LSU men’s basketball team led wire-to-wire and responded in a big way with a convincing 73-55 victory over Tennessee on Saturday afternoon at Thompson-Boling Arena.

For Mickey, he tallied 15 of his game-leading 20 points during the opening half and finished 8-of-13 from the floor. The sophomore forward has reached double figures in 11 consecutive games and the 20-point barrier during four of his last outings.

Mickey collected 11 rebounds en route to his 15th double-double on the season and matched his career-high with seven blocks. The 11 rebounds enabled Mickey to move past Jaime Lloreda (2002-04) into 34th place on LSU’s all-time list.

With the victory, the Tigers (18-7, 7-5 SEC) snapped a six-game losing streak to Tennessee (14-10, 6-6 SEC) which dated back to LSU’s 2009 SEC regular season championship season.  The Tigers have now defeated every SEC team under Johnny Jones and moved into a fifth-place tie with Georgia in the SEC standings.

The 18-point road victory for LSU equaled the largest road win during the Jones era. The Tigers picked up a 79-61 win at Florida earlier this season and also notched a 64-46 victory at South Carolina two years ago to the date on Feb. 14, 2013.

Keith Hornsby dialed up 16 points highlighted by a quartet of three-pointers to extend his run to eight straight games with 10-plus points. He also handed out a career-high seven assists versus two turnovers.

As a team, LSU put forth a 25-of-47 shooting clip. The Tigers were 9-of-19 from beyond the three-point line and were an efficient 14-for-18 at the free throw line. LSU has posted an 18-1 record under Jones when shooting 50 percent or better from the field.

The Volunteers were led by Armani Moore’s 16 points and eight rebounds. Josh Richardson and Derek Reese contributed 15 and 11 points for Tennessee, respectively.

LSU connected on its first three field goals to build a 7-0 edge in the first two minutes of the contest. Mickey banked in a 10-foot jumper in the lane sandwiched between a Hornsby stepback jumper and a Hornsby trey.

Ahead 11-8 at the 12:48 mark, the Tigers exploded for 15 of the next 17 points over the next 3:30 off the clock. Hornsby kickstarted the flurry with a three-pointer from the top of the key, and Mickey followed with a highlight-reel windmill dunk in transition. Mickey tacked on an alley-oop slam courtesy of Quarterman, and Hornsby buried another triple to make it 21-10 with 10:45 remaining.

Quarterman leaked out for a two-handed slam, while Josh Gray completed the run with a traditional three-point play after he was fouled on a runner to push the LSU lead to 26-10 with 8:48 left.

The Tigers maintained their 16-point advantage before returning their foot to the gas pedal to rip off another 13-2 spurt during the closing three minutes of the stanza. Quarterman and Patterson bookended the run with three-balls inside the final minute to vault LSU to a 47-20 halftime lead.

During the opening half, LSU was a scorching 16-of-25 from the floor and knocked down seven of its 10 three-point attempts.

After a Martin free throw, the Volunteers charged back with 13 consecutive points capped by a Moore layup to draw back to 48-33 with 16:42 to go in the second half.

Martin settled the Tigers with a runner in the lane and a reverse layup. Patterson also came away with a transition layup off of a press breaker to stretch LSU’s lead back to 54-35 at the 14:02 mark.

Tennessee would close the margin to 62-47 with 6:36 remaining. Following a Mickey free throw, Quarterman would step into his third trey of the game, and Mickey would drain a midrange jumper to push the LSU advantage back over the 20-point mark.

Up next, LSU travels to Texas A&M on Tuesday for another pivotal swing game in the SEC race. Tipoff is on-tap for 8 p.m. from Reed Arena. The game will be televised by the SEC Network along with www.WatchESPN.com and the Watch ESPN app.