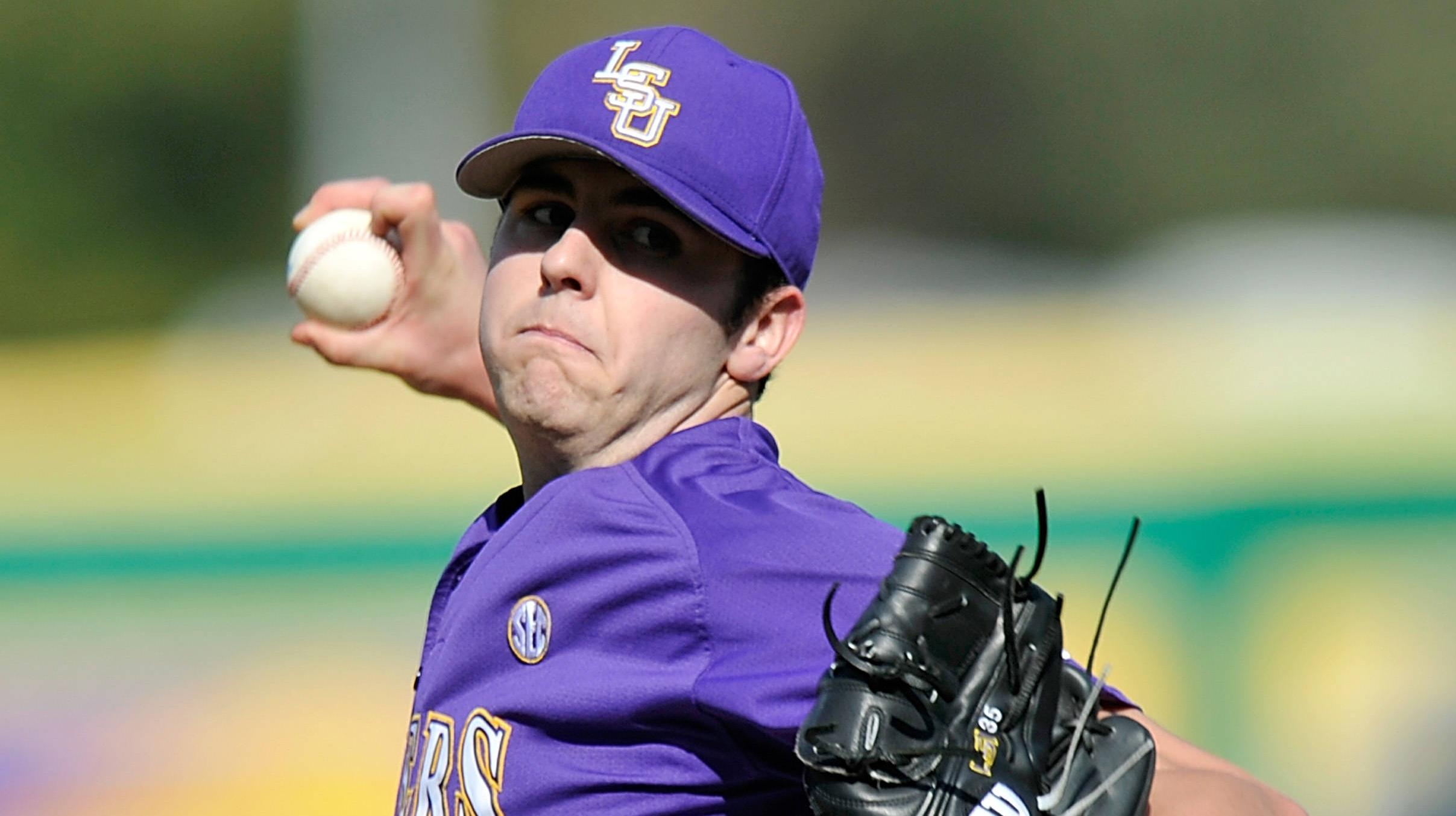 Lange (1-0) only allowed two hits and struck out seven batters in his five-inning debut as LSU improved to 2-0 and Kansas dropped to 0-2 on the season.

The Tigers return to the diamond tomorrow at 1 p.m. for the series finale against Kansas. The game will be streamed live online on SECNetwork+ and can be heard on affiliates of the LSU Sports Radio Network and in the Geaux Zone at LSUsports.net.

Freshman right-hander Jake Godfrey will make his collegiate debut as LSU’s starting pitcher on Sunday versus the Jayhawks.

LSU got on the board in the bottom of the fourth inning. With runners on first and second, outfielder Jared Foster hit a two-out single to left field to score designated hitter Chris Chinea.

LSU return in the fifth and exploded for seven runs. After second baseman Kramer Robertson and shortstop Alex Bregman reached base with singles, first baseman Conner Hale lined a two-RBI double down the left-field line.

Hale advanced to third on a wild pitch and score on a passed ball to give LSU a 4-0 lead. After back-to-back walks to Chinea and Scivicque, center fielder Andrew Stevenson hit an RBI single through the left side. Foster followed with a double to left-center field to score Scivicque and give the Tigers a 6-0 lead.

Third baseman Danny Zardon ended the big inning with a single up the middle to score Foster and Stevenson, as the Tigers increased the advantage to 8-0.

“I’m glad we had the big seven-run inning, but we still had too many at-bats that were unproductive,” Mainieri said. “The fact is we’ve only scored in four innings in the first two games this weekend. Now that our hitters have two games under their belts, I’m hopeful we can be more effective offensively on Sunday.”

The Jayhawks rallied in the sixth, seventh and eighth innings. Dakota Smith hit a sacrifice fly to right field to score Justin Protacio to cut it to 8-1. In the seventh, Tommy Mirabelli hit a three-run home run against reliever Kyle Bouman to cut the deficit to 8-4.

Kansas collected its final run in the top of the eighth on an RBI double by Owen Taylor against LSU freshman reliever Austin Bain, who worked the final two innings in his collegiate debut. Bain surrendered one run on three hits with two strikeouts to preserve the victory.