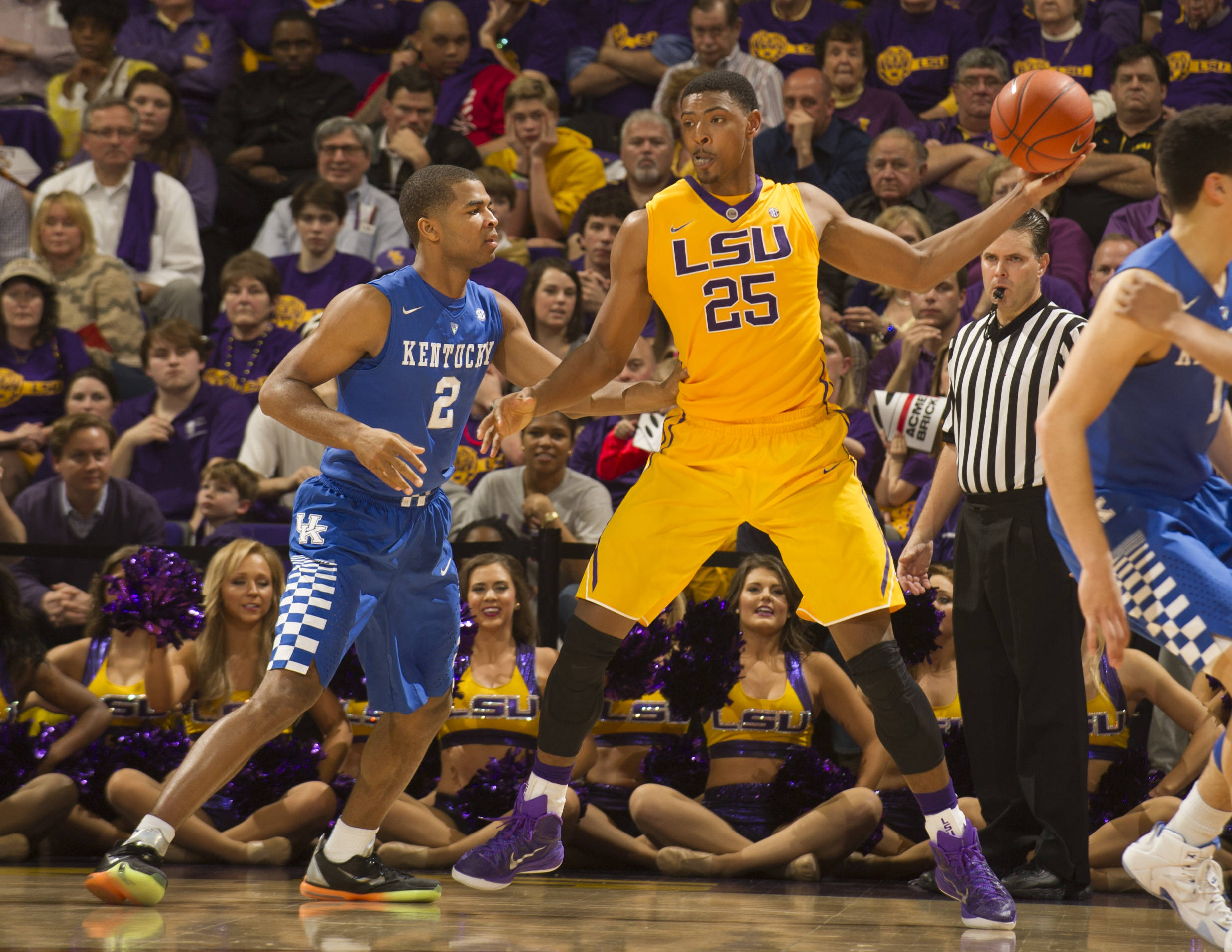 KNOXVILLE, Tenn. – Memory has to be short in many ways in college basketball.

The LSU men’s basketball team must forget the heartbreak of a late two-point loss to No. 1 Kentucky, while remembering the heart and passion with which they played the game. The way the Tigers fought and had an “edge” about them that nearly lead them to victory. It was a style of play that has led them to five road wins this season.

LSU tries to get back on the winning track in the first of two consecutive road tilts as it travels here to Thompson-Boling Arena Saturday afternoon at 4 p.m. ET (3 p.m. CT) to face the University of Tennessee. Both teams are 6-5 in the SEC with LSU at 17-7 overall and Tennessee at 14-9.

Tom Hart, Jon Sundvold and Maria Taylor will have the call in the first of three games on the day on the SEC Network and the Watch ESPN app, while the audio for the game will be available in the Geaux Zone at LSUsports.net and on the affiliates of the LSU Sports Radio Network with Jim Hawthorne, Ricky Blanton and studio host Kevin Ford.

For the first regular season since 1992, the teams will meet twice this season as LSU looks to stop a six-game losing streak in the series with the Volunteers. Tennessee was a 68-50 meeting in Baton Rouge a year ago to open SEC play.

The Tigers will look for the strong inside play again from its “M and M” guys – Jordan Mickey and Jarell Martin. Mickey, who Thursday was named to the midseason 30-player list for the Naismith Award, is one of two people in the league averaging a double double (17.0 points and 10.8 rebounds per game) and has 14 double doubles this year and 10 consecutive double figure scoring games. He posted 16 points and seven rebounds with four blocks versus Kentucky.

Martin had his 10th double double of the year with 21 points and 11 rebounds against the Wildcats, hitting 8-of-11 field goal attempts. Martin is averaging 16.2 points per game and 9.0 rebounds a contest.

Of Martin and Mickey, Coach Johnny Jones said at his media session Thursday, ““I thought both of those guys did a dynamic job against great post guys that Kentucky is able to play by starting and bringing off of the bench. For those guys to have to battle throughout the night against that caliber of competition I thought offensively and defensively, they showed great strength. It showed the ability that both of those guys have and the impact that they make in this league.”

Tennessee has three players in its probably starting lineup averaging in double figures paced by Josh Richardson. The senior from Edmond, Oklahoma, is averaging 16.1 points and had 27 in the Vols overtime win Wednesday in Nashville against Vanderbilt. Kevin Punter is averaging 10.9 points and Armani Moore 10.5.

Donnie Tyndall is in his first year as the head coach at Tennessee after successful head coaching stints at Morehead State and Southern Miss. Tyndall’s first job in the Division I ranks came as an assistant coach on John Brady‘s LSU staff from 1997-2001. At that time he was the youngest assistant coach in the SEC when he was hired at just 25-years of age.

LSU will follow the game with Tennessee with a trip to College Station on Tuesday to face Texas A&M.