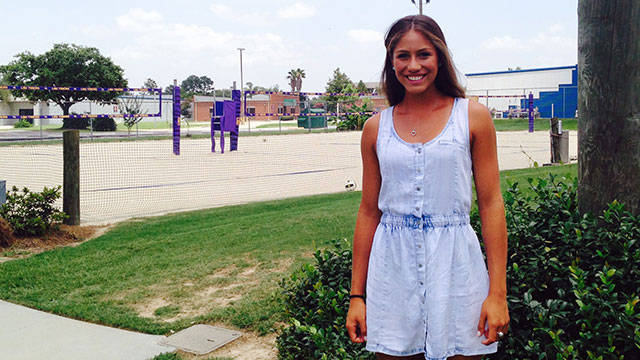 Seven countries from Central America registered two men’s and women’s teams that will compete in the round qualification for the Rio de Janeiro Olympic Games 2016.

“It is an honor to be chosen to represent my home country with my sister in the first round of the Olympic qualification for Rio,” Mandi said. “This is an amazing opportunity to build my career as a Tiger at LSU, and I know I am prepared to represent LSU and my country in this challenge.”

Mandi was a member of the Guatemalan National Beach Volleyball Team and the Dig-It Beach Volleyball Club for Guatemala. She won the AAU Santa Barbara Open in 2014 to qualify for the Junior Olympics and Pan Pacific Games. Her older sister is a professional beach volleyball player.

“My sister and I have an amazing relationship,” Mandi said. “I could not ask for a better partner to share this opportunity with. There is nothing that fills me more than playing with her. We both share the same love for our country and sport. I know that we will represent Guatemala well.”

The top four teams will represent Central America in the next round of the NORCECA Continental Cup.