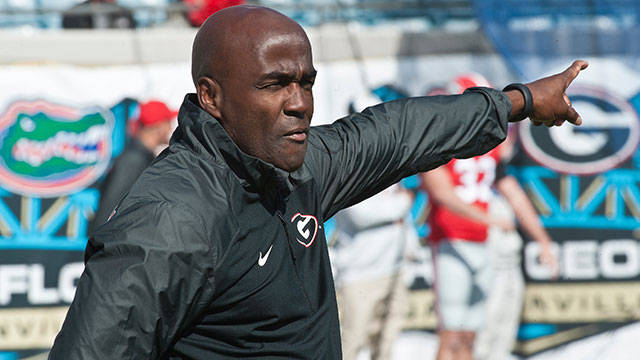 BATON ROUGE – Tony Ball, who spent the past nine years on the coaching staff at Georgia, has been named the wide receivers coach at LSU, head coach Les Miles announced on Friday.

Ball comes to LSU with 20 years of experience of coaching wide receivers and running backs at the highest level of college football. In all, Ball has coached at the collegiate level for 30 years.

While at Georgia, Ball developed some of the top skill players in Bulldogs history, first as running backs coach from 2006-08 followed by five years coaching wide receivers. Among the standouts that Ball mentored at Georgia include first round draft picks in wide receiver A.J. Green and running back Knowshon Moreno.

“Tony is a very talented coach who is a SEC veteran,” Miles said. “He’s going to be a real asset for us in the passing game. He’s going to be able to come in and take our group of receivers and develop them into great players. We are excited about having him join our staff.”

While at Georgia, Ball was part of two SEC Eastern Division Championship teams and he was also part of two of the most prolific offenses in school history in 2012 and 2013. Georgia’s 2012 offense set the school record for total yards (6,547) and touchdowns (72), while the 2013 unit set the school-mark with 484.2 yards per game.

In nine years at Georgia, Ball helped the Bulldogs to an 84-35 overall record, five seasons of at least 10 wins and to six bowl victories.

Prior to his stint at Georgia, Ball spent eight years at Virginia Tech where he coached wide receivers for the Hokies. During his eight years coaching under Frank Beamer, Ball coached in eight bowl games, including the national championship contest against Florida State in 1999. The Hokies were 78-23 overall.

Ball is credited with coaching some of Virginia Tech’s top receivers including Ernest Wilford (2002-03), the school’s all-time receptions leader, the first player in school history to post two 50-catch seasons, and a fourth round choice in the 2004 NFL draft.

A graduate of UT-Chattanooga, Ball got his start in coaching as a graduate assistant at Austin Peay in 1985-86 where he earned his master’s degree in health and nutrition. He served as a volunteer running backs coach at South Carolina in 1987 before serving the first of two stints at UT-Chattanooga in 1988. He coached running backs at East Tennessee State in 1989 before returning to his alma mater to coach wide receivers in 1990-91.

Ball spent three years coaching running backs at College of Holy Cross from 1992-94 before joining Louisville as the Cardinals’ wide receivers coach from 1995-97.

During the summers of 1996 and 1997, Ball participated in the National Football League’s Minority Internship Program with the Baltimore Ravens. He interned with the Broncos in 2003.

Ball played football for the late Joe Morrison at UT-Chattanooga where he was a standout running back (1977-80) who set numerous school kickoff return records. In 1977 Ball led the nation in kickoff returns with a 36.4 per return average. In 2007, he was inducted into the school’s Hall of Fame and in 2003, was named to the UTC All-Century Team.

He earned his undergraduate degree in criminal justice. Ball is married to the former Maria Ann Slayden. They have two children: Anthony and Keshea.