No. 2 Gymnastics Eager to Face No. 9 Auburn 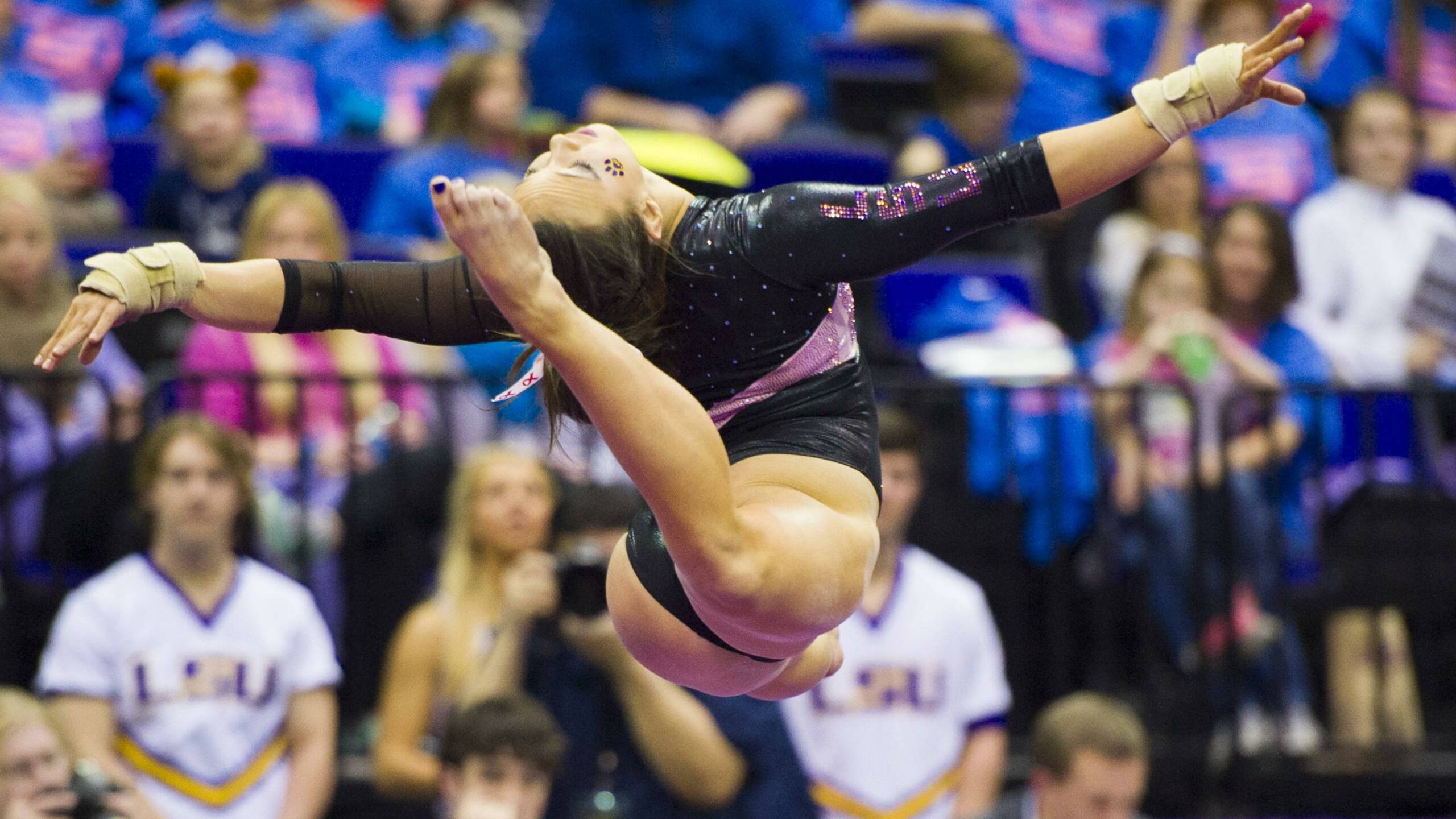 AUBURN, Ala. – The second-ranked LSU gymnastics team will look to carry the momentum of three straight season-high scores when the Tigers take on No. 9 Auburn in the first Top 10 matchup in Auburn Arena history at 7 p.m. CT Friday.

Friday’s tilt on the Plains will be carried live by the SEC Network with John Roethlisberger, Kathy Johnson Clarke and Laura Rutledge serving as talent on the broadcast. Live audio will also be available free of charge in the Geaux Zone starting at 6:45 p.m. at www.LSUsports.net/live, and Mike Smith will call the action.

Jordan is expected to be back in the bars and beam lineups at Auburn, and senior Britney Ranzy will compete for the first time this season after she spent the first five weeks rehabilitating an injury from the fall. Ranzy is penciled into the vault lineup.

Jordan and Ranzy both had productive outings during LSU’s intrasquad meet Wednesday afternoon, and they will bolster a lineup that racked up the nation’s best beam (49.625) and floor (49.625) scores a week ago. It’s also a lineup that features reigning SEC Gymnast of the Week Rheagan Courville and SEC Specialist of the Week Erin Macadaeg.

For LSU head coach D-D Breaux and the Tigers, the focus this week in practice was to continue to work and improve in their gymnastics and put the last meet behind them.

“Every week in the SEC is the same; it’s a big challenge and an important meet,” Breaux said. “If you let up you lose, so this team has continued to work hard in practice with the same focus and excitement we see every week.”

Under the direction of fifth-year coach Jeff Graba, Auburn is led by junior Caitlin Atkinson who ranks 18th in the all-around standings with a 39.290 average, and she is also 11th on beam with a 9.865 average.

For the latest information on LSU gymnastics, visit www.LSUsports.net/gymnastics. Fans can stay connected with the Tigers on the team’s social media outlets: www.Facebook.com/lsugym, @LSUgym on Instagram, Snapchat and Twitter, and www.YouTube.com/lsugymnastics.