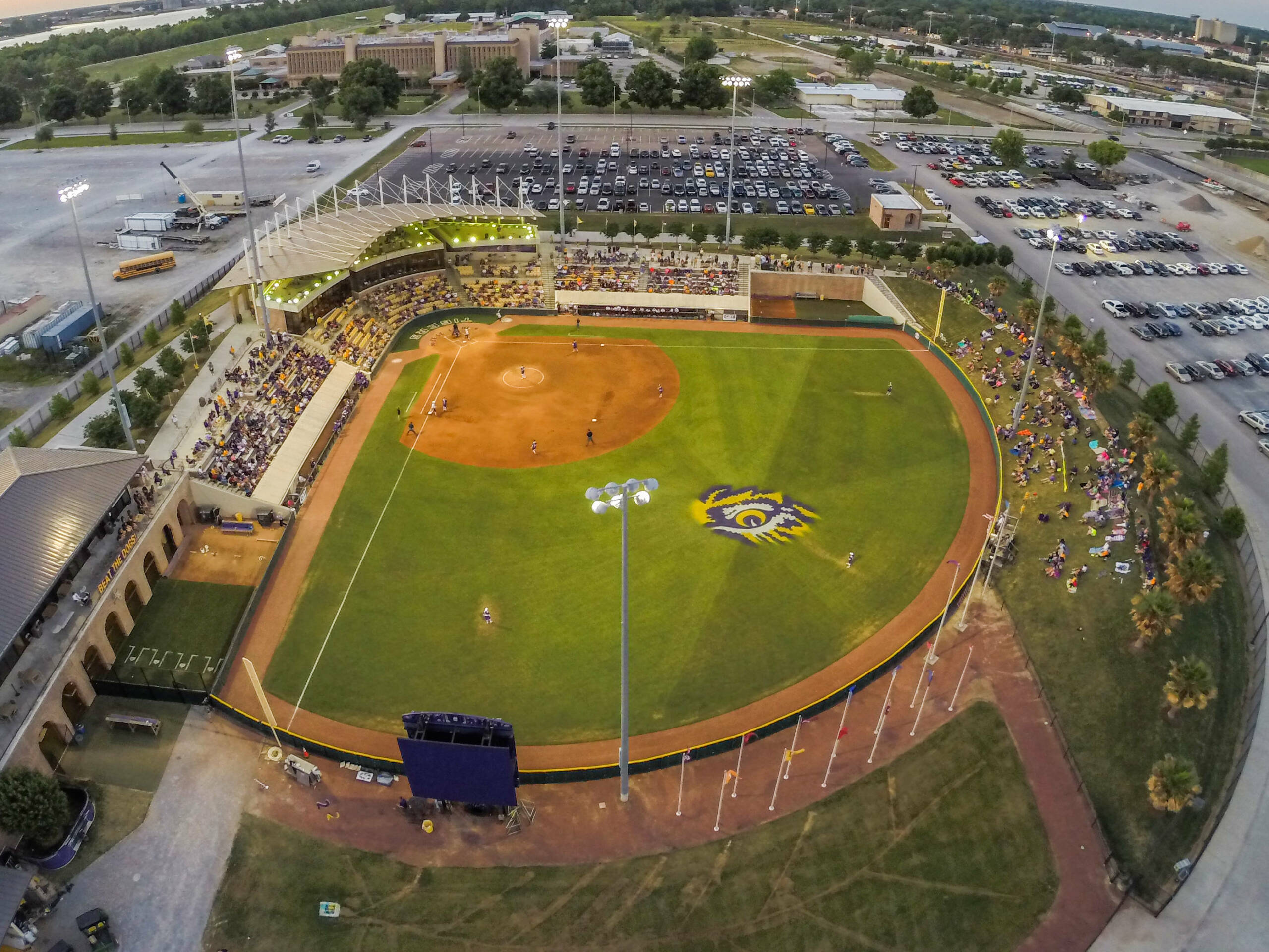 BATON ROUGE, La. – After firing on all cylinders in the opening weekend of the season, the LSU softball team will look to go through another unblemished as the 16th-ranked Tigers forge into another week of action beginning on Friday with the start of the 2015 Tiger Invitational at Tiger Park in Baton Rouge.

The nine-game weekend schedule will feature a plethora of strong teams, as LSU welcomes Central Arkansas, Hofstra and No. 20 Notre Dame, as the games get underway Friday afternoon with UCA and Hofstra at 1 p.m. The Tigers will play five games total over the weekend, taking on the Bears once and the Pride and Fighting Irish twice, beginning play at 4 p.m. on Friday afternoon.

All non-LSU games throughout the weekend are free to the public, as tickets for LSU’s games cost just $5 for adults and $3 for youth. Fans that show up for the first of the team’s two games that day on Friday and Saturday can purchase one ticket and stay for both games. Promotional items for the weekend include the 2015 LSU softball schedule magnet along with the “Louisiana Purchase” card, which is a season-long promotion that will be unveiled leading into the Louisiana Tech game next Tuesday.

After racing out to a 5-0 start, LSU jumped up three spots in both national polls released on Tuesday, as the team prepares for its first Top 25 showdown of the season this weekend with Notre Dame and a Hofstra team that earned a split against the Tigers in New York last season. An improved Central Arkansas team will also be a challenge, knowing what to expect after participating in one of LSU’s tournaments last season.

With so much success after the opening weekend, head coach Beth Torina and the team used the full week to continue to strengthen key areas, while hoping to maintain the high level of play after the first five games of the season.

“There’s a huge list of things that we’re going to continue to work out, not only this week, but throughout the year,” Torina said. “We want to be better in every aspect of the game. I was happy with the start, but we have a long way to go to be where we need to be.”

After setting a host of offensive records last season, the Tigers showed little signs of rust against Memphis, Eastern Illinois, Tennessee State and NC State last weekend, hitting .366 as a group, outhitting their opponents 48-19 and outscoring the group 34-5 by the end of the weekend. Of the team’s 48 hits, 17 were for extra bases, while 30 of the 34 runs were for RBI.

Leading the charge last weekend was Bianka Bell, who led the weekend with nine hits, three for doubles and three for home runs, with 10 RBI and seven runs scored to produce a .563 opening-weekend batting average. Bell now has 29 home runs for her career, putting her four shy of tying and five away from breaking Rachel Mitchell’s record of 33.

Besides Bell, four other players earned six hits over the weekend in A.J. Andrews, Sandra Simmons, Bailey Landry and Kellsi Kloss, while 11 total players had at least two during the weekend. Emily Griggs, who started three games, hit .571 in her debut weekend, proving to be a terror on the bases as she was 4-for-5 in stolen bases.

Even the reserves got in on the action as Dylan Supak drove in a career-high four RBI in one game on two doubles, Griggs had two RBI and Alayna Falcon had one.

While the offense produced much of the excitement with a barrage of hits, all eyes seemed to be turned to the circle and the one area of emphasis over the fall and early spring workouts for LSU since last year ended. After having a team ERA over 3.00 last year, the Tigers made no bones about what the future might hold for the quartet of pitchers in Baylee Corbello, Carley Hoover, Kelsee Selman and Allie Walljasper, in combining for a 1.06 ERA with 41 total strikeouts to just seven walks.

Corbello won both of her starts last week, showing the poise of a veteran that pitched nearly 200 innings last season in walking just two batters in 11.0 innings of work for LSU. She finished second in strikeouts only to Hoover, who made two appearances in earning a complete-game win and a save in striking out 15 in 10 innings.

Not to be outdone, their two circle-mates in Selman and Walljasper were spotless last Saturday alone, holding two teams scoreless to combine for six hits allowed and 14 strikeouts in complete-game efforts. Selman gave up just two hits in five innings on only 49 pitches, while Walljasper had a perfect game through 4.1 and hit a home run to help her case at the plate.

LSU’s first opponent in Hofstra is under new leadership in 2015 as Larissa Anderson takes over for Bill Edwards who retired at the end of last season. The Tigers are 3-1 all-time after splitting a doubleheader against the Pride last year, as Hofstra went on to finish 34-15 and make it to the Norman NCAA Regional.

The Tigers defeated Central Arkansas 8-1 in last year’s Tiger Classic, as the Bears come into the tournament 4-2 on the year after earning an 11-2 victory over Arkansas-Pine Bluff on Tuesday night.

Notre Dame moved up a couple of spots in both polls as well, coming in as the 20th ranked team by the NFCA and 19th by USA Softball. The Fighting Irish were picked to finish second in the ACC, and started off the season going 4-1 in the So-Cal Collegiate Classic and racking up wins over UCLA and Cal State Fullerton, among others. This will be the first meeting between the two sides since 1999, and only the second and third all-time meetings.

“I think our schedule gets tougher every week from here on out honestly,” Torina said. “As the season goes on people get sharper. Notre Dame is a quality opponent and had some great wins last weekend, Hofstra is traditionally a great program and playing both of them twice will be a challenge we’ll have to prepare for.”