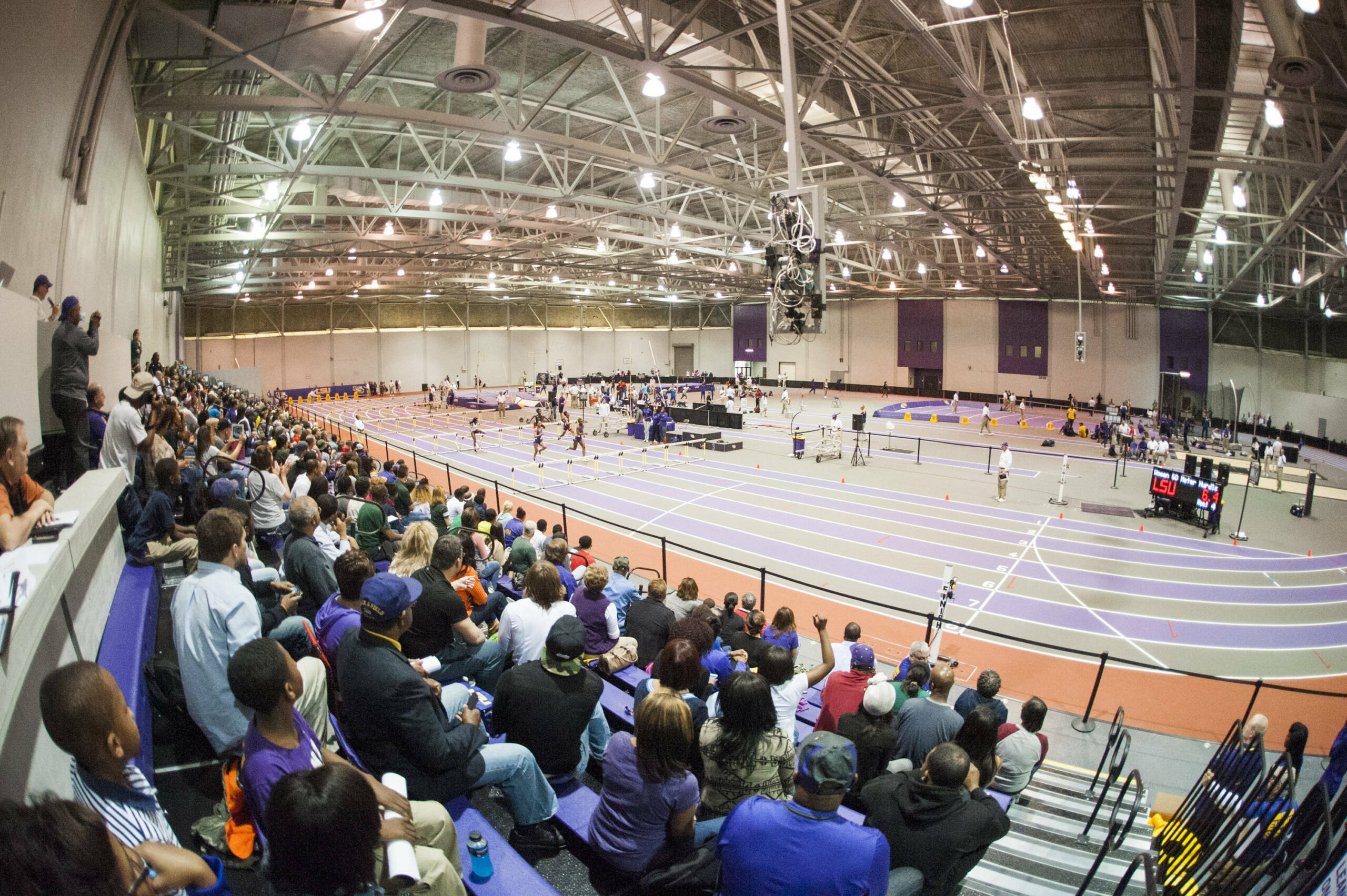 BATON ROUGE – Members of the LSU Track & Field program will span out across the country this weekend as the Tigers and Lady Tigers will headline two-day events at the Tyson Invitational in Fayetteville, Arkansas, and Iowa State Classic in Ames, Iowa, on Friday and Saturday while also playing host to the LSU High Performance Meet on Saturday.

LSU’s legion of sprinters and hurdlers and selected jumpers will be making a return trip to Arkansas’ Randal Tyson Track Center to compete in a loaded field at the Tyson Invitational that kicks off Friday at 1 p.m. CT with the first field events of the day followed by the first events on the track at 1:40 p.m. Saturday’s action continues at noon CT in the field and 12:50 p.m. on the track.

This marks the second time in three weeks that the Tigers and Lady Tigers will feature at the Randal Tyson Track Center after also traveling to Fayetteville for the Razorback Invitational two weeks ago.

The Tigers and Lady Tigers will be looking to improve their seasonal bests and put themselves in position to qualify among the Top 16 athletes in their events at the site of this year’s NCAA Division I Indoor Track & Field Championships as the Randal Tyson Track Center will also play host to the national meet from March 13-14.

SEC Network+ will feature live coverage of Saturday’s action at the Tyson Invitational as fans can watch the Tigers and Lady Tigers in action beginning at noon CT by logging on to http://espn3.com/ or using a WatchESPN app. Coverage will continue through the running of the 4×400-meter relays at approximately 5 p.m. Live results of both days of the competition can also be found online by accessing http://flashresults.com/.

While LSU’s sprinters and hurdlers will take to the track at the Randal Tyson Track Center at Arkansas, the team’s middle distance and distance runners will look to improve their seasonal-best times running on the 300-meter oversized track at Iowa State’s Lied Recreational Center in Ames at the Iowa State Classic that is also scheduled to run Friday and Saturday.

The Tigers and Lady Tigers compete at the Iowa State Classic for the first time Friday at 2:25 p.m. CT followed by the start of Saturday’s action at 9:30 a.m. Their last event is scheduled to run Saturday at 3:20 p.m.

With the Tyson Invitational and Iowa State Classic already underway, fans are invited to come out to the Carl Maddox Field House in Baton Rouge on Saturday and see the Tigers and Lady Tigers in action at the LSU High Performance Meet that is set to begin at 10 a.m. CT with the first field events of the day followed by the first preliminary races on the track at noon CT.

Fans can also receive live updates of the Tigers and Lady Tigers competing in Arkansas, Iowa and right here in Baton Rouge by following the team on social media. Fans are invited to follow @LSUTrackField on Twitter at http://twitter.com/lsutrackfield and Instagram at http://instagram.com/lsutrackfield, while also liking LSU Track & Field on Facebook at http://facebook.com/lsutrackfield.

Of LSU’s 10 athletes that currently rank among the NCAA’s Top 16 in a qualifying position for the NCAA Championships, nine will feature at the Tyson Invitational individually and as part of LSU’s 4×400-meter relays.

Lining up in the men’s 60-meter dash are both senior Aaron Ernest and Tremayne Acy as they look to improve upon their seasonal-best times this weekend. Acy currently ranks No. 9 nationally with a best time of 20.85 in the 200 meters and tied for No. 14 nationally with a time of 6.65 in the 60 meters, while Ernest is the NCAA’s No. 2-ranked 200-meter sprinter at 20.73 and looks to crack the Top 16 nationally in the 60 meters.

Also ranking No. 2 in the NCAA in his specialty is Tiger senior Vernon Norwood, who has already clocked the second-fastest time among collegians in the 400-meter dash this season at 45.56. With his NCAA qualification already secured in the 400 meters, Norwood will instead line up in the 200 meters in Arkansas. Norwood could feature with his fellow Tigers in the 4×400-meter relay as he has already joined with senior Quincy Downing and juniors Darrell Bush and Cyril Grayson in running the nation’s third-fastest relay time in 2015 at 3 minutes, 4.28 seconds.

The Lady Tiger trio of sophomore Jada Martin, freshman Mikiah Brisco and freshman Aleia Hobbs is set to compete in the women’s 60-meter dash on Friday as Hobbs (7.29) is tied for 10th and Brisco (7.30) is tied for 12th nationally in the event. Martin, who has run the NCAA’s ninth-fastest time in the 200 meters at 23.44 this season, is also set to join Hobbs in the one-lap event on Saturday afternoon.

Sophomore All-America hopeful Nataliyah Friar has also made the trip to Arkansas looking to improve her marks in both the long jump and triple jump to solidify her NCAA qualification. Friar enters the weekend as the No. 12-ranked jumper nationally in the long jump with a best of 20 feet, 5 ¾ inches and the No. 16-ranked jumper nationally in the triple jump with a top mark of 42-0 ¾.

Headlining LSU’s contingent at Iowa State is Lady Tiger sophomore Morgan Schuetz, who owns a lifetime best of 2:06.32 in the 800 meters to enter the meet as the NCAA’s No. 18-ranked performer in the event.

Saturday’s LSU High Performance Meet will feature the likes of NCAA title contender Tori Bliss as she is scheduled to throw the shot put beginning at 2:15 p.m. CT. After holding the NCAA lead in the shot put in the first four weeks of the season, Bliss is now ranked No. 2 nationally in the event with her indoor school record of 57-4 ¾.

After spanning the country to compete in three different meets this weekend, the Tigers and Lady Tigers return home next weekend as they play host to their annual LSU Twilight meet on Friday, Feb. 20, at LSU’s Carl Maddox Field House. That will be their final opportunity to compete before the championship season that kicks off at the 2015 SEC Indoor Track & Field Championships at the Nutter Field House in Lexington, Kentucky, to be held Feb. 27-28 at the University of Kentucky.