Women's Hoops Set for Rematch with No. 1 USC 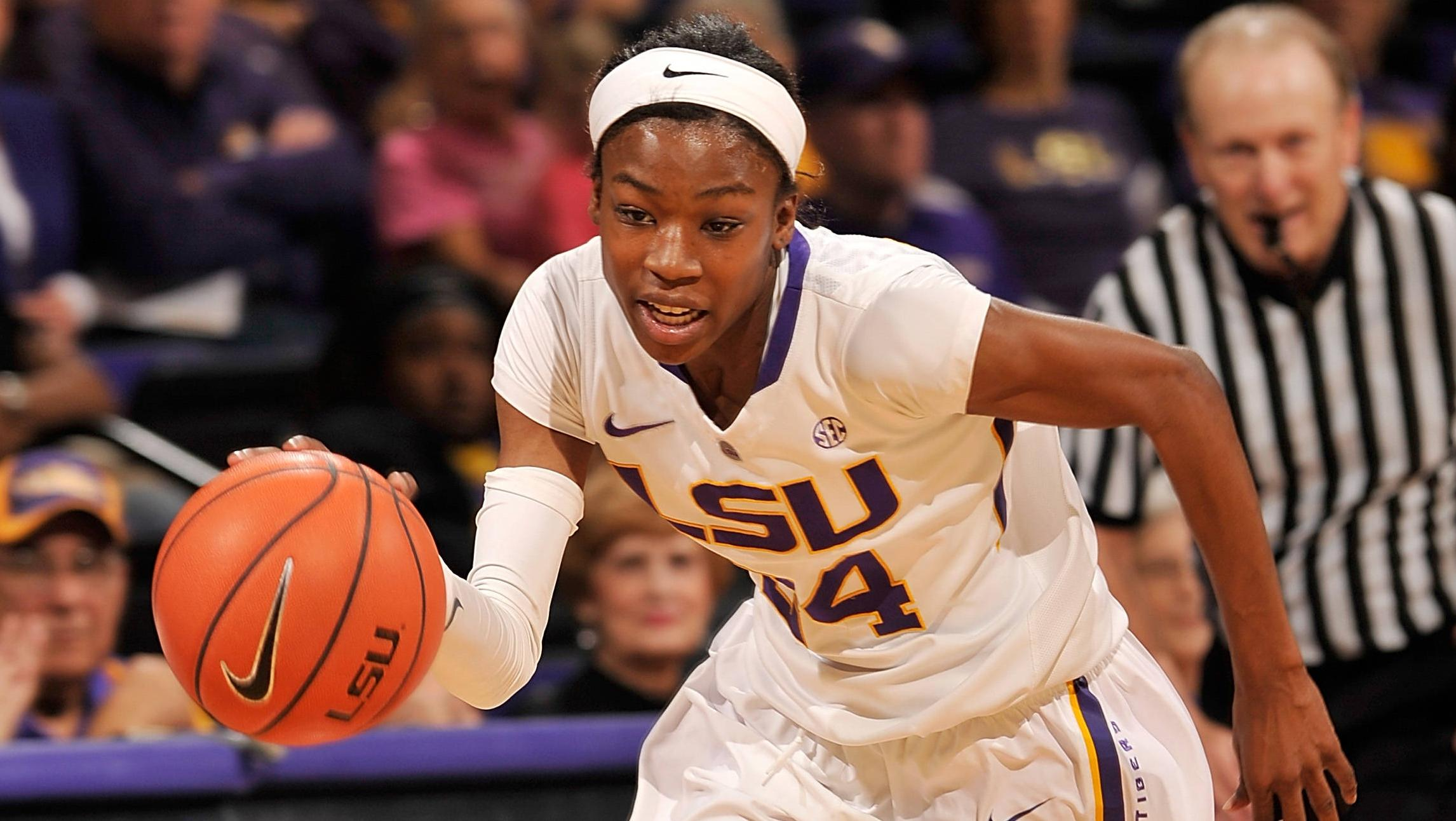 COLUMBIA, S.C. – The LSU women’s basketball team will face off with the nation’s top-ranked team for the second time on the season when the Lady Tigers visit No. 1 South Carolina on Thursday evening.

Tipoff is on-tap for 6:02 p.m. from Colonial Life Arena. The game will be televised by FSN New Orleans along with www.WatchESPN.com and the Watch ESPN app for viewers outside of the FSN regional footprint. The game will be blacked out on Watch ESPN for viewers in the FSN regional footprint. Stephanie Ready and LaChina Robinson will serve as the announcing team.

The LSU Sports Radio Network will broadcast the game on its flagship station Talk 107.3 FM in Baton Rouge.  Patrick Wright, the voice of the Lady Tigers, will call the action. The broadcast also will be available for Geaux Zone subscribers at www.LSUsports.net/live.

It marks the third time in program history that LSU (14-9, 8-3 SEC), winners of four straight and six of its last seven outings, will face the No. 1 team in the country twice during the same season. The Lady Tigers met Auburn two times in 1988-89 before taking on Tennessee and Connecticut over a 12-day span in 2007-08.

South Carolina (22-1, 10-0 SEC) is coming off its lone defeat of the season, an 87-62 setback at No. 2 Connecticut on Monday. The inside-outside combination of A’ja Wilson and Tiffany Mitchell fuels the Gamecocks. Mitchell has poured in 14.9 points and 2.8 assists per game, while Wilson has added 13.1 points, 6.9 rebounds and 1.5 blocks per game. South Carolina’s post game also features Alaina Coates’ 11.0 points, 8.5 rebounds and 1.6 blocks per game in addition to Aleighsa Welch’s 9.3 points, 6.1 rebounds and 1.8 assist per game. All four players connect on over 50 percent of their field goals.

The Gamecocks have won three in a row and four of the last six meetings between the two teams which includes a 75-51 decision earlier this season at the Maravich Center. Wilson amassed 21 points and 13 rebounds followed by Mitchell’s 17 points. The duo combined to go 14-for-23 from the floor.

“One thing that South Carolina is very good at is distributing and sharing the basketball,” head coach Nikki Caldwell said. “They did a nice job of attacking us, not only from the inside but also outside. They’re a team that defensively, with their size advantage, you have to be creative in pulling them away from the basket. You’ve got to make the extra pass because they come over, and they lend tremendous help. There are a lot of good things that we did in that last game against them. We watched, and we’re going to see those things today on film. We’re going to show the team because we can be better than what we were during the first part of January.”

Raigyne Moncrief, the reigning SEC Player of the Week, has registered double figures in six of her last seven outings to raise her season average to 11.3 points per game. She has knocked down 47.4 percent of her shots during the seven-game run. Last week, Moncrief racked up a SEC career-high 21 points against Missouri followed by first career SEC double-double with 11 points and a career-best 13 rebounds versus Alabama. Her team-leading 7.0 rebounds per game are second among SEC guards and ninth overall.

Danielle Ballard is the only player in the SEC to be ranked inside the Top 15 in four of the five major statistical categories (points-rebounds-assists-steals) during conference games. She has provided double figures in seven straight games en route to a team-leading 13.8 points per game. Ballard also has notched a SEC-best 3.0 steals per game and heads into the South Carolina game 18 rebounds shy of reaching 500 for her career.

DaShawn Harden has picked up 10.6 points and 2.3 steals per game. The 2.3 steals are second on the SEC leaderboard. She has come off the bench during LSU’s last four games. Last time out, Harden tallied nine points, four steals and two assists during the Alabama game.

Rina Hill and Anne Pedersen have upped their scoring as of late. Pedersen has tallied 7.0 points per game, while Hill has chipped in 5.6 points per game over their last five appearances. They have put forth a combined 25-for-58 shooting effort.

On the interior, Sheila Boykin has secured 7.0 points, 6.7 rebounds and 1.3 assists per game. She has come away with six of her seven efforts with 10-plus points since moving into the starting lineup. Boykin was held scoreless but did haul down six rebounds versus Alabama.

Jenna Deemer and Jasmine Rhodes have seen action off the bench in 22 of 23 games. Deemer has averaged 7.5 points per game and drained 21 of her 38 field goals from beyond the three-point line over her last 14 appearances. Rhodes garnered six points during the Alabama game.