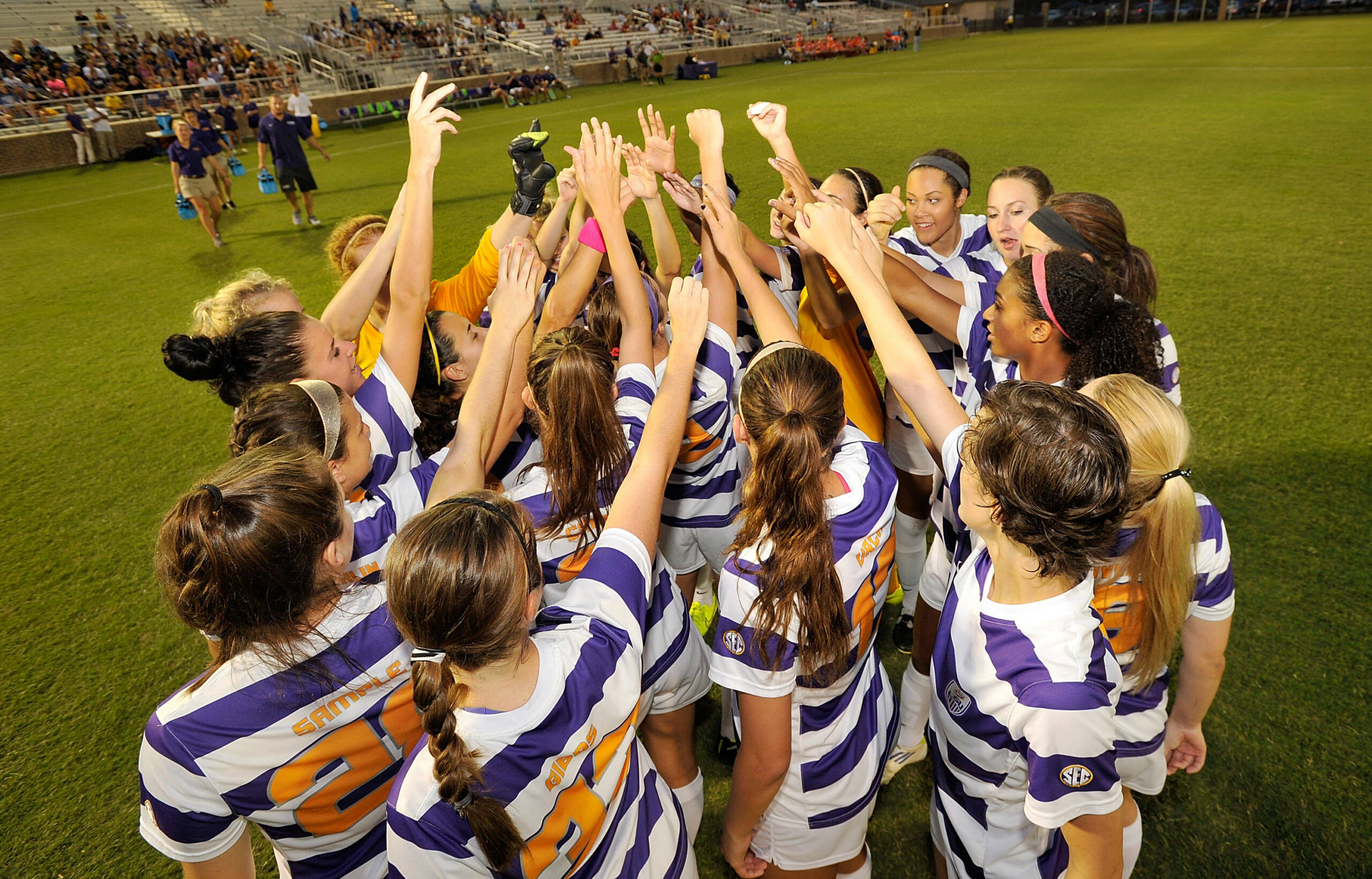 BATON ROUGE – The LSU Soccer team has tied a program record for the third time in four seasons with 14 selections to the 2014 Southeastern Conference Academic Honor Roll for the fall semester as the league office announced its latest academic honorees Wednesday for their effort in the classroom during the 2014 spring, summer and fall semesters.

This marks the third time in four seasons in which 14 Tiger footballers have been placed on the SEC Fall Academic Honor Roll as the team has match its program record set twice before in 2011 and 2013.

Headlining the team’s 14 selections are senior Alex Arlitt and junior Tori Sample, who have each been named to the SEC Academic Honor Roll for a team-leading third time in their collegiate careers. Earning a second career selection for the SEC Fall Academic Honor Roll are juniors Heather Magee and Fernanda Pina and sophomores Gracie Campbell and Mariel McLaughlin, while juniors Lexi Gibbs, Natalia Gomez-Junco and Catalina Rubiano; sophomores Summer Clarke, Emma Fletcher, Megan Lee and Morgan Ruhl and freshman Madeline Ramsey have each claimed their first career selection.

LSU’s 14 selections to the SEC’s Fall Academic Honor Roll continued the team’s momentum in the classroom following the 2014 season as LSU Soccer was honored by the National Soccer Coaches Association of America for the third-straight season as a recipient of the NSCAA Team Academic Award for maintaining a team grade-point average of 3.35 during the 2013-14 academic year.

The Tigers also posted team GPAs of 3.21 in 2011-12 and 3.05 in 2012-13 to also receive the NSCAA Team Academic Award for their outstanding performance in the classroom in recent seasons.

Any student-athlete participating in a Southeastern Conference championship sport or student-athlete who participates in a sport listed on his/her institution’s NCAA Sports Sponsorship Form is eligible for nomination to the SEC Academic Honor Roll, provided the following criteria is followed:

(1) A student-athlete must have a grade-point average of 3.00 or above for either the preceding academics year (two semesters or three quarters) or have a cumulative GPA of 3.00 or above at the institution.

(2) If a student-athlete attends summer school, his/her GPA during the summer academic term is included in the calculation used to determine eligibility for the SEC Academic Honor Roll.

(4) Prior to his/her nomination to the SEC Academic Honor Roll, a student-athlete must have successfully completed 24 semester or 36 quarter hours of non-remedial academic credit toward a baccalaureate degree at the nominating institution.

(5) The student-athlete has been a member of a varsity team for the squad’s entire NCAA Championships segment.