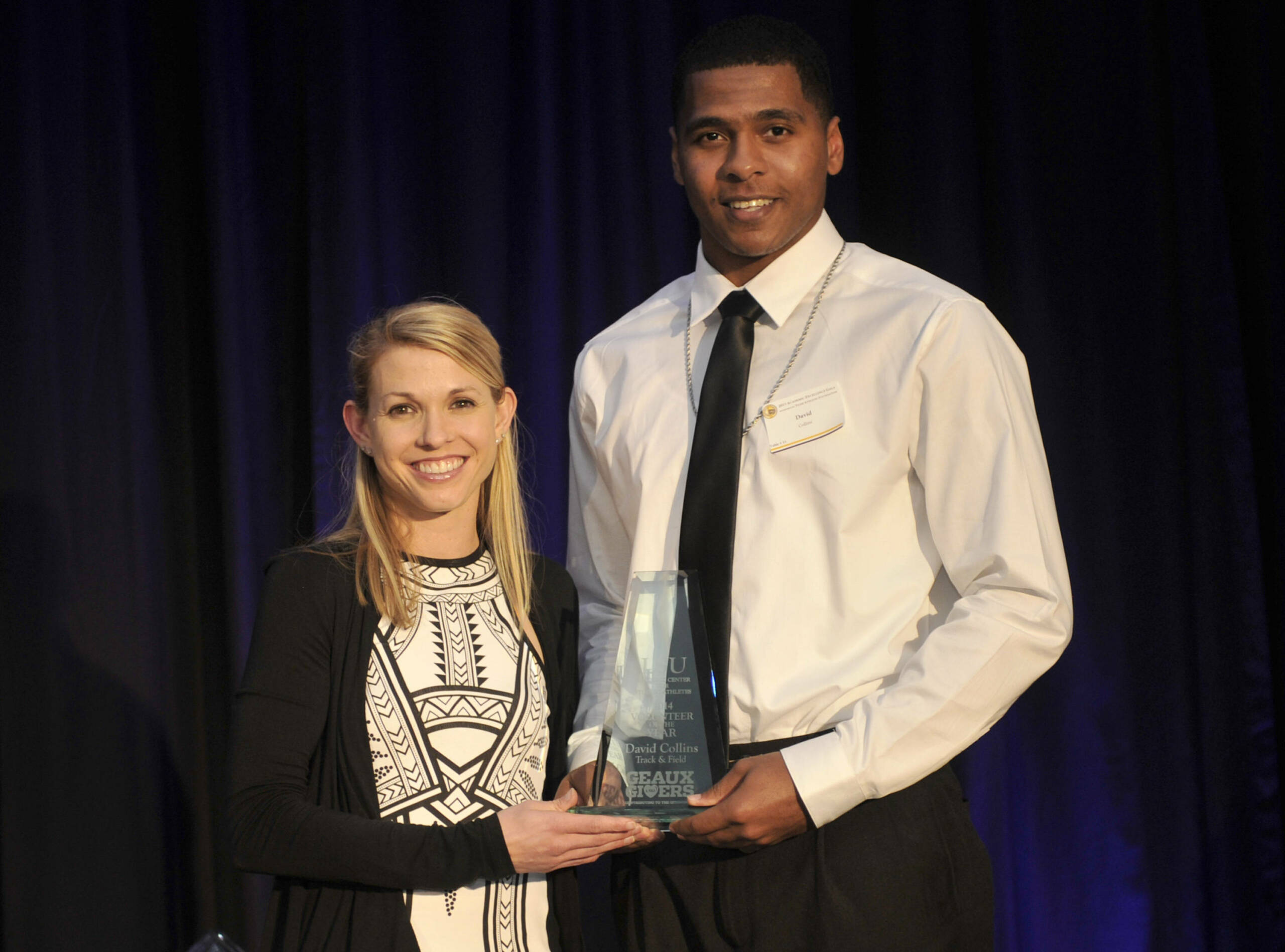 BATON ROUGE – Members of the LSU Track & Field program were among LSU’s 190 student-athletes campus-wide honored for their work in the classroom and in the community during the 2013-14 academic season as part of this year’s Tiger Athletic Foundation Academic Excellence Gala held Monday night at the Stadium South Club inside Tiger Stadium.

LSU Track & Field athletes took home five of the 18 major individual awards presented during the gala as student-athletes from each of LSU’s 20 varsity sports were in attendance for the event.

Former Tiger pole vaulter Joseph Caraway was honored as the male recipient of the Bengal Belles Academic Achievement Award for his outstanding performance in leading the Tigers in the classroom in 2013-14. After wrapping up his collegiate career following the 2014 indoor season, Caraway graduated from LSU in May with his degree in kinesiology while maintaining a perfect 4.0 cumulative grade-point average in his career.

That performance earned Caraway selections to both the College Sports Information Directors of America Academic All-District VI First Team and Capital One Academic All-America First Team after graduation. Caraway, who was LSU’s nominee for the SEC’s H. Boyd McWhorter Scholar-Athlete Award in 2013, ended his collegiate career as a three-time selection to the SEC Academic Honor Roll from 2012-14.

While also being named to both the CoSIDA Academic All-District VI First Team and Capital One Academic All-America Third Team with her perfect 4.0 GPA in 2014, junior Therese Jernbeck was one of three LSU Track & Field athletes to receive the Wally Pontiff, Jr. Academic Excellence Award during Monday’s gala. She was honored along with LSU’s distance duo of senior Philip Dempsey and sophomore Chaiss Matthews.

In addition, Tiger junior David Collins was recognized among all student-athletes in attendance as the TAF Male Volunteer of the Year for his outstanding performance and leadership in community service. His selection comes on the back of receiving the Kirt Bennett Award for community service as part of the annual LSU Track & Field Team Awards and Alumni Recognition Banquet held back in October.

LSU Track & Field athletes were also among the leaders during this year’s TAF Academic Excellence Gala with 30 athletes being honored as LSU Student-Athlete Directors Cup recipients and 29 athletes being picked out for their inclusion on the SEC Academic Honor Roll announced following the 2014 outdoor season.