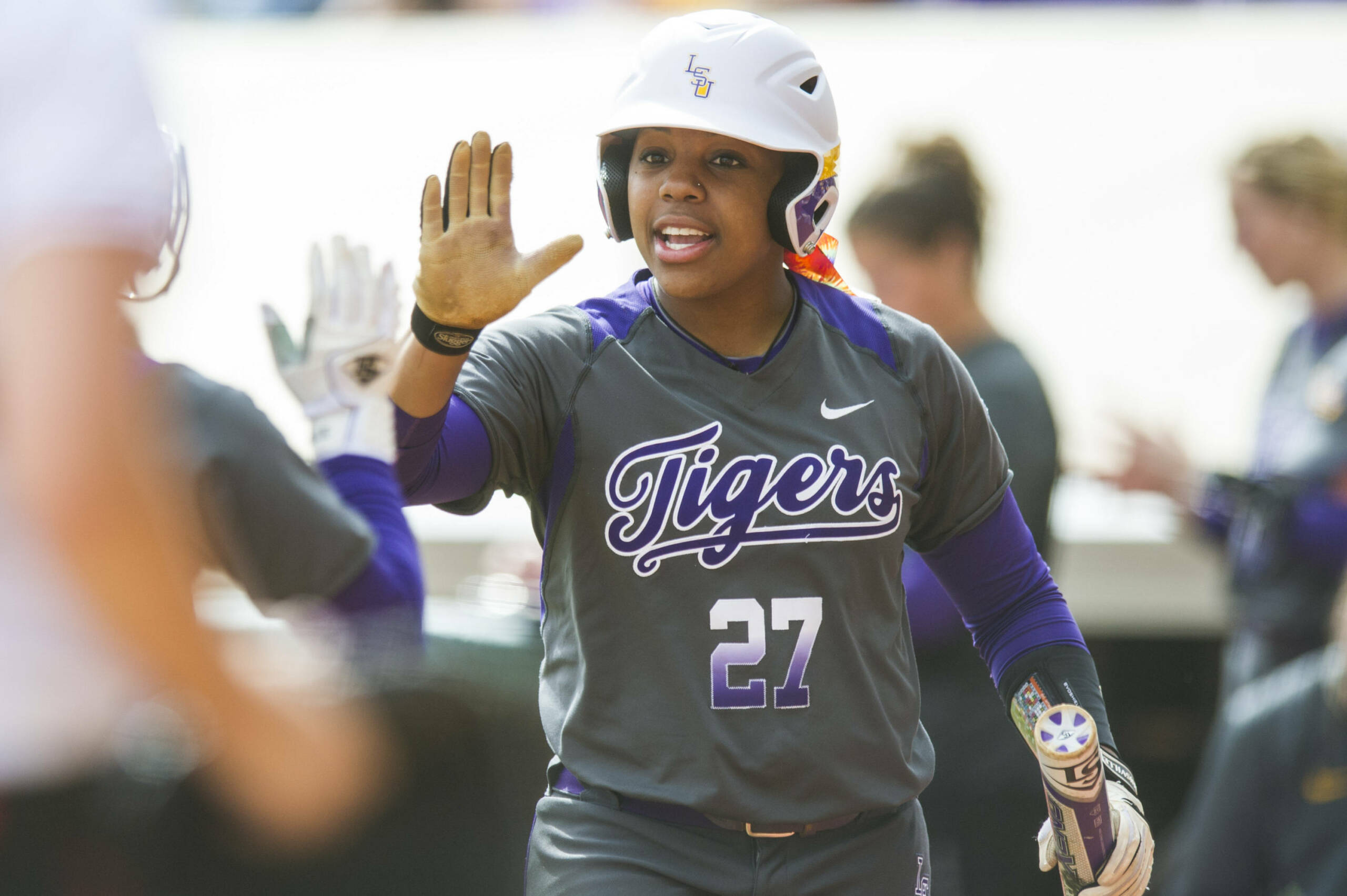 Nominee for SEC Offensive Player of the Week (2/9)

Bianka Bell, Jr., Tampa, Florida
Led all players on the weekend with a .563 hitting percentage with three multi-hit games, a .529 on base percentage and 1.312 slugging percentage to help lead LSU to a 5-0 weekend. Bell struck out just once in 16 at-bats on the weekend, driving in 10 RBI with three doubles and accounted for three of the team’s four home runs and seven runs scored in the Tiger Classic. After cutting the Memphis lead to 2-1 in the opener, Bell had the two-run home run to give LSU the lead for good, doing the same against NC State in the finale Sunday in the first inning to go up 2-1 over the Wolfpack and hold on for the win.

Nominee for SEC Pitcher of the Week (2/9)

Carley Hoover, Fr., Clemson, South Carolina
In her debut weekend at LSU, Hoover earned a complete-game win and picked up the first save of the season as LSU finished a perfect 5-0 on the weekend. Hoover became the sixth freshman in program history to earn double-digit strikeouts in their first LSU start, fanning 10 with seven coming in the first three innings alone, holding Eastern Illinois to just four hits and one run. Coming on in relief against NC State, she allowed just one hit against the first batter she faced before retiring the next nine in order, striking out five.

Nominee for SEC Freshman of the Week (2/9)

Allie Walljasper, Fr., Manteca, California
Making her first start at LSU, freshman pitcher Allie Walljasper pitched 4.1 innings of perfect ball against NC State and retired the first 13 batters in order to earn her first collegiate win during LSU’s unblemished weekend. Walljasper struck out seven while walking just one in the complete-game effort, as she helped her own cause by hitting her first home run in the second to put LSU on top 1-0 and cruising from there.

Notes on the Tigers
LSU is 5-0 on the year after earning a clean sweep of the Tiger Classic over the weekend. The Tigers earned wins over Memphis, Eastern Illinois, Tennessee State and NC State twice in Baton Rouge. LSU has won its first five games of the season for the first time since the 2011 season when that team won its first seven in a row. LSU outscored its opponents 34-5 during the weekend. The team scored 10 of those runs in the first inning alone. The Tigers had a team batting average of .366 and outhit its opponents 48-19. Of their 48 hits, 10 were doubles, three were triples and three were home runs. Of the 34 runs scored by LSU over the weekend, 30 were RBI. 11 different players earned multiple hits on the weekend, with five having six or more. The Tigers combined for a .580 slugging percentage and had an on-base percentage of .414. LSU was 8-for-10 in stolen bases. The Tigers struck out only 17 times as a group. LSU pitching held opponents to a .187 hitting percentage, .193 slugging percentage and .215 on-base percentage. The four teams in the classic earned just 19 hits, with one hit for extra bases. The LSU defense only committed two errors, while throwing out all four stolen base attempts. Bianka Bell led all players with a .563 batting average, earning nine total hits, including three doubles and three home runs. Bell slugged 1.313 with a .529 on-base percentage, driving in 10 and scoring seven times. A.J. Andrews, Sandra Simmons, Bailey Landry and Kellsi Kloss each had six hits during the weekend. Andrews hit .462 and earned two triples in a single game, the first time an LSU player has done so since February of 2014. Simmons had the other triple on the weekend and tied for second on the weekend with four RBI. Landry hit .400 with a double, sacrifice bunt and stolen base. Kloss drove in three among her six hits, throwing out two runners from the catcher spot. Emily Griggs started three games and hit .571 with four hits, two RBI and a run scored. Griggs led the team going 4-for-5 in stolen bases. Both of Dylan Supak‘s two hits on the weekend were doubles, as she earned a career-high four RBI in a single game. Baylee Corbello earned two of the five wins on the weekend, earning a complete-game victory with 11.0 total innings pitched. Corbello struck out 12 while only walking two in giving up four runs on just eight hits and one wild pitch. Carley Hoover led the team in strikeouts with 15, earning a win and a save in 10.0 innings pitched. She gave up one run on five hits, with an opponent batting average of .147. Kelsee Selman needed just five innings and 49 pitches to earn her first win and shutout of the season, giving up just two hits and striking out seven with a .125 opposing batting average. Allie Walljasper earned her first collegiate win and complete-game shutout over the weekend, pitching 4.1 innings of perfect ball and retiring the first 13 batters she faced. She struck out seven and gave up four hits, while in the same game hitting her first LSU home run to give the team the lead.