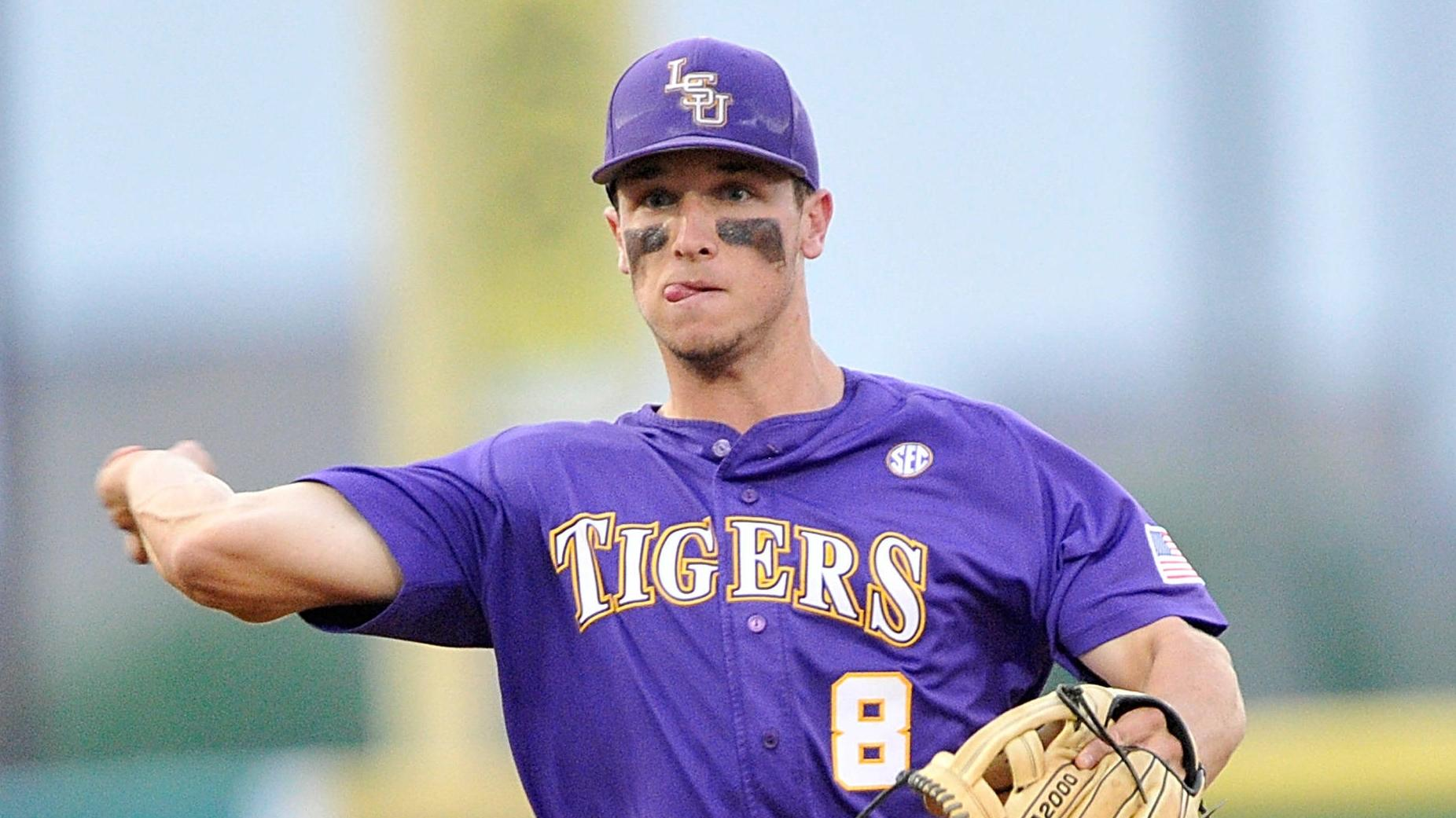 DURHAM, N.C. – LSU junior shortstop Alex Bregman was named Tuesday to the 50-player preseason USA Baseball Golden Spikes Award watch list. The release of the list begins the organization’s journey to naming the top amateur baseball player in the country in a trophy presentation on Tuesday, June 23, in Los Angeles.

Sponsored by Major League Baseball, and presented in partnership with the Rod Dedeaux Foundation, 2015 marks the 38th year of the USA Baseball Golden Spikes Award.

The preseason watch list features 50 of the nation’s top amateur players, and will be a “rolling” list until May 22 — when the USA Baseball Golden Spikes Award semifinalists are announced — ensuring that athletes can play themselves into consideration for the award throughout the collegiate and high school seasons.

Bregman, a product of Albuquerque, N.M., was the National Freshman of the Year in 2013, and he received the Brooks Wallace Award as the nation’s best shortstop.

Bregman has played for the U.S. Collegiate National Team over the past two summers – he collected five doubles, one homer, 17 RBI, 20 runs and 10 steals in 10 attempts for Team USA in 2014 with a schedule that included games against Cuba, Japan and Chinese Taipei. He batted .361 in 18 games for the United States in 2013 , helping the squad post a 20-3 record.

Players on the watch list represent 17 different collegiate athletic conferences, led by Southeastern Conference with 12 players named to the watch list. The Atlantic Coast Conference has nine athletes on the list, while the Pac 12 has eight..

Fan voting will once again be a part of the Golden Spikes Award in 2015. Friday, May 22, marks the day when amateur baseball fans across the country will be able to vote for their favorite semifinalists at GoldenSpikesAward.com. As part of this selection process, all voters will be asked to choose three players from the list. On Tuesday, June 3, USA Baseball will announce the finalists, and voting will once again commence that same day.

The 2015 Golden Spikes Award winner will be named on Tuesday, June 23, at a presentation in Los Angeles. The finalists and their families will be honored at the Rod Dedeaux Foundation Dinner that evening at the Jonathan Club in downtown Los Angeles.