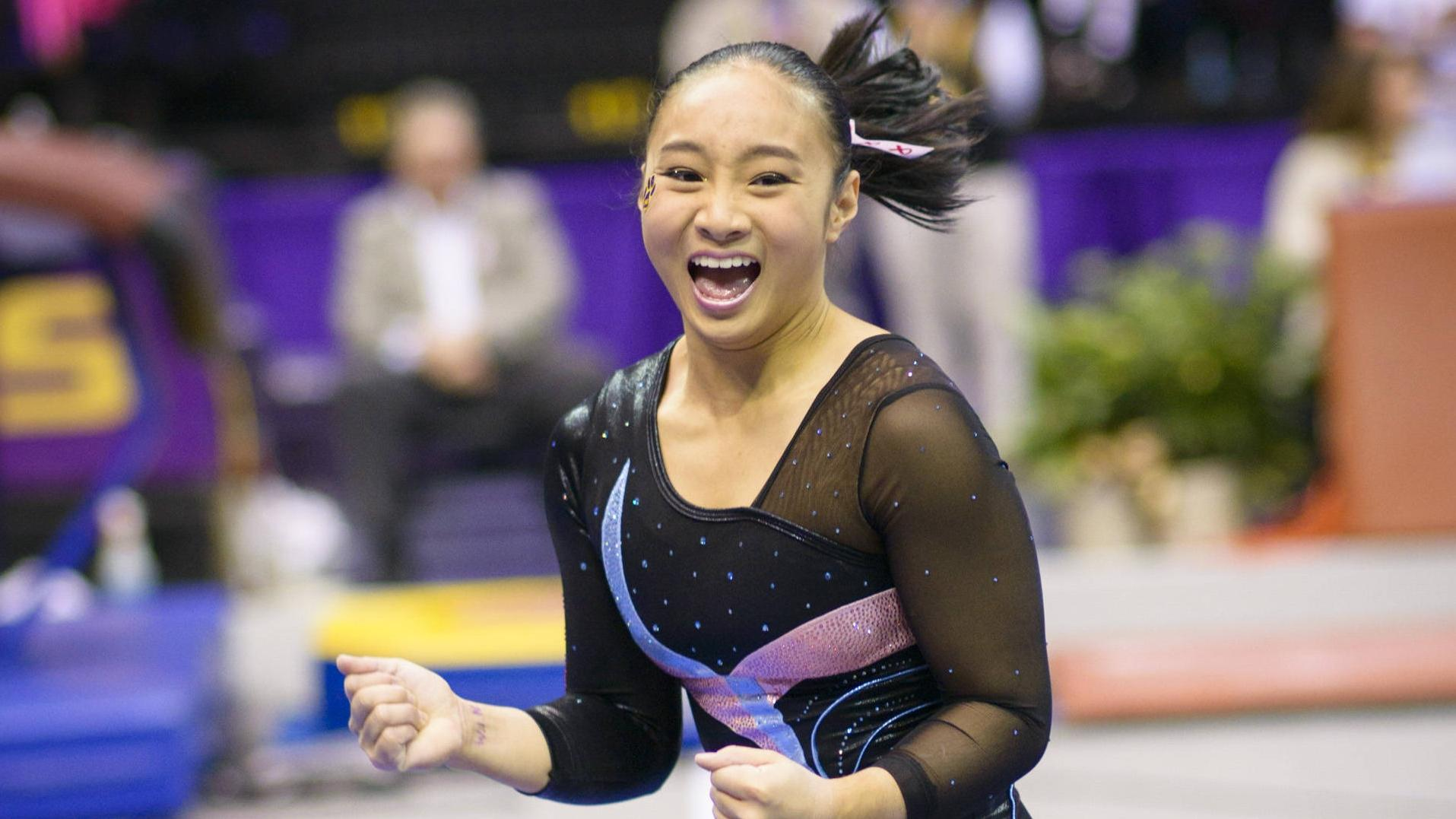 BATON ROUGE – LSU’s Rheagan Courville was named Southeastern Conference Gymnast of the Week, and Erin Macadaeg was selected as SEC Specialist of the Week, the league office announced Tuesday.

Both Courville and Macadaeg played an integral part in LSU’s 198.075-196.850 victory over Georgia last week in the Maravich Center.

A senior from Baton Rouge, Courville delivered the best performance of her career as she won all five individual titles, including a career-high 39.825 all-around total. LSU’s 198.075 is the second-highest score in the nation, the highest in the SEC, and the third-highest score in LSU history.

Courville’s 39.825 ranks as the highest all-around total in the nation this season and the second-highest in program history. Courville won the vault and bars titles with 9.95s in each event, won the floor title with a career-high tying 9.975 and won a share of the beam title with a 9.95.

A freshman from Redwood City, Calif., Macadaeg competed on beam against Georgia, and she came up big with a career-high 9.95 to tie for the event title. It marked the first individual title of her young career, and her score helped propel LSU to a 49.625 that ranks as the highest beam total in the nation this season and the second-best beam score in program history.

Macadaeg’s 9.95 is the highest beam score in the nation, tying her with 12 other gymnasts across the country, including teammates Courville and Ashleigh Gnat. It also marked her second beam score of 9.9 or higher this season. She became the first freshman in LSU history to score a 9.90 in the first beam routine of her career, which she accomplished in the season opener against Iowa.

For the most up-to-date information on LSU gymnastics, visit www.LSUsports.net/gymnastics. Fans can also connect with the Tigers via the team’s social media outlets: www.Facebook.com/lsugym, @LSUgym on Twitter, Snapchat, Instagram and www.YouTube.com/lsugymnastics.